macOS 10.15 will have a new feature that allows users to send any window of any app to an external display, according to 9to5Mac's Guilherme Rambo. The external display can supposedly be a monitor connected to the Mac or even an iPad. 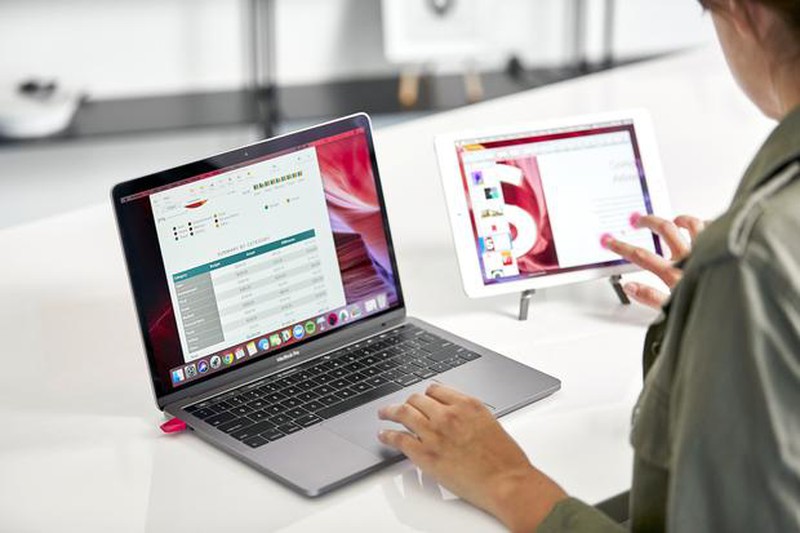 Luna Display
The report claims this functionality will be accessible via a new menu that can be opened by hovering over the green "maximize" button in a Mac app window for a split second. The menu is expected to provide options for making windows full-screen, tiling windows, and moving windows to external displays.

The feature, codenamed "Sidecar," is said to be similar to the Luna Display hardware solution that turns an ‌iPad‌ into a second display for the Mac.


Users with an ‌iPad‌ that supports Apple Pencil will be able to draw with the Pencil when the ‌iPad‌ is being used as an external display for the Mac, effectively "turning the ‌iPad‌ into a Wacom-like tablet," according to the report.

The report claims Apple is also working on options that will allow windows to be easily snapped to one side of the screen.

critter13
as long as this doesn't require brand new iPads it could help breathe some life into older ones. great codename btw, "sidecar", nailed it.
Score: 18 Votes (Like | Disagree)

cmaier
There are also indications (stroughton smith) that you’ll be able to combine with handoff-like functionality. In other words, when working with an app on the mac, send it to your iPad, and it can actually launch the ipad version of the app and populate it with the app state so you can keep working on your ipad without being anywhere near the mac. With marzipan, many ipad apps will be identical code to their mac versions, which will make this much easier for developers to support.
Score: 9 Votes (Like | Disagree)

PBG4 Dude
Awesome! Can’t wait for these features to be added.
Score: 6 Votes (Like | Disagree)

uajafd
I just can see Luna Display yanked from the App Store for "duplicating the core functionality" in 3... 2... 1...
Score: 6 Votes (Like | Disagree)

As much as I love BTT, if those features are built in to macOS, it’ll go the path of F.Lux.

Maybe BetterSnapTool will, but BTT also has all the TouchBar and mouse/trackpad/keyboard customizations so I think it’ll still be around.
Score: 6 Votes (Like | Disagree)
Read All Comments