Some publishers who have joined Apple News+ are unhappy with the launch of the service and have shared details on some "early headaches" with media site Digiday.

When encouraging publications to sign up, Apple promised design resources and templates for customizing content for the ‌Apple News‌ format, but as it turns out, Apple is shutting out some smaller publications and "playing favorites" with larger publishers. 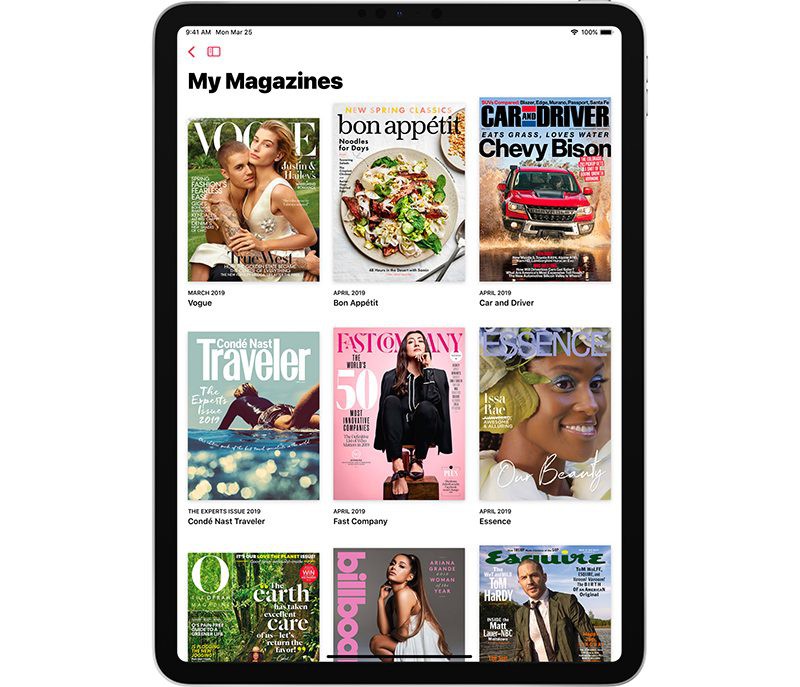 But a smaller, select group of publishers were invited to join a private Slack channel where they could connect with Apple more directly, a move that exasperated several sources when they were informed of the channel's existence. "They're basically playing favorites," that first source said. "It always seems to be good for the big guys, but not for the rest of us."

Apple has not provided Apple-designed article or content templates to publishers and has "largely outsourced" templates to vendors, which has resulted in bugs and other issues, along with much more work for publishers.

Magazine publishers need to use tools to scan PDFs and convert them into individual articles and advertisements, but the technology is said to be so buggy that each issue needs to be "effectively copy- and design-edited all over again."

Smaller magazines that don't have the resources for these full redesigns need to either invest time and money anyway or submit a PDF instead. A lot of the content within ‌Apple News‌+ at the current time is PDF-based, which does not make for the greatest user reading experience.

Publishers are also said to be frustrated with the "uneven user experience" in ‌Apple News‌ with the split between PDFs and the new ‌Apple News‌ format. "You think of Apple, and they're so design-conscious," said one publisher. "This doesn't feel like that at all."

According to Digiday, the publishers that it spoke to said that the flaws in ‌Apple News‌+ do not "bode well for its long-term future" unless Apple adapts its approach and makes some key changes to the service.

Subscribe to the MacRumors YouTube channel for more videos.
‌Apple News‌+ users have also expressed frustration with the service, and at MacRumors we've heard numerous complaints from Apple customers confused by the unintuitive user interface and unhappy with the lack of features.
Tag: Apple News Guide
[ 174 comments ]

Gogeta-Blue
there you have it, the new apple under tim cook, but we are trolls and haters, i remember apple used to be real good at costumer support but just like everything else in apple, even that has declined, but of course that doesn’t have to do nothing with apple leadership, right. so not only the service sucks but also the support, welcome to the new apple, we only care about taking your money, after that you are in your own

the men simply kills the asmosphere with his precense
Score: 51 Votes (Like | Disagree)

and 1989 others
The quality of apples products and services have declined over the last couple of years. It's truly a shame, I was a hardened apple fan from 2005 - 2015. Now the only thing that continues to be top level are the damn prices.
Score: 44 Votes (Like | Disagree)

jwwetzel
I already canceled my trial. Absolutely horrible app/service/content/etc. Does not take advantage of devices well.
Score: 20 Votes (Like | Disagree)

('https://www.macrumors.com/2019/04/15/some-apple-news-plus-publishers-unhappy/')
...Apple has not provided Apple-designed article or content templates to publishers and has "largely outsourced" templates to vendors, which has resulted in bugs and other issues, along with much more work for publishers."

That sums up just about everything that has gone wrong with Apple lately. They have the arrogance to try and claim to have improved the magazine reading experience, but leave the most important work off to some unknown 3rd party vendor because they're too cheap to do it themselves.

This explains their rationale behind removing functional ports from the MBs. Pat yourself on the back for a thin design... and then undercut your own design aesthetic by making users purchase ugly dongles because you're too cheap to include ports.
Score: 14 Votes (Like | Disagree)

jlseattle
I subscribed for two days and then promptly unsubscribed. They are competing with free news services, cheap magazine subscriptions, and other content in the space. So 9.99 is the cost of a yearly magazine subscription. I would need to read 12 magazines to really get value out of the service.
Score: 13 Votes (Like | Disagree)
Read All Comments