Wednesday April 10, 2019 10:14 am PDT by Joe Rossignol
Apple has shared a new "Shot on iPhone XS" video featuring Toronto Maple Leafs stars Auston Matthews and Mitch Marner on its YouTube channel in the U.S. and Canada, just in time for the start of the 2019 Stanley Cup Playoffs tonight.


In the short clip, Matthews films a day in the life of Marner as the teammates travel, practice, greet fans, and more.

The Maple Leafs are set to face the Boston Bruins in the first round of the 2019 Stanley Cup Playoffs on Thursday at 7:00 p.m. Eastern on NBCSN and CBC. The playoffs begin tonight with ten teams hitting the ice, including the President's Trophy winning Tampa Bay Lightning versus the Columbus Blue Jackets. 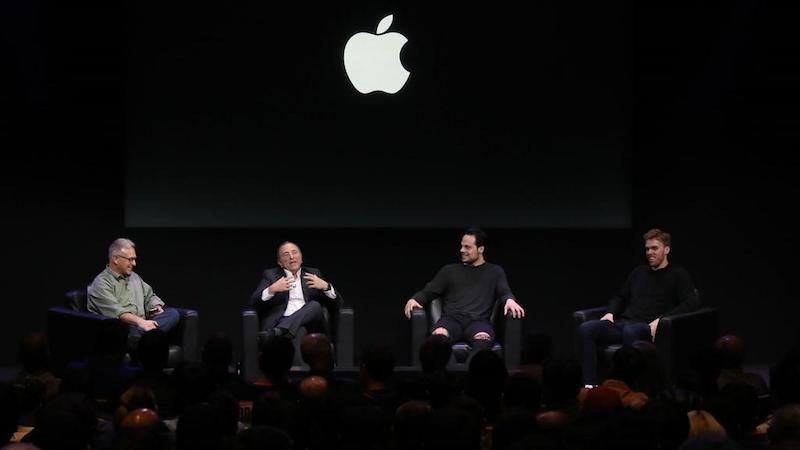 These shot on iPhone videos are so boring...


Luckily we have thought-provoking and engaging comments like yours to help us weather the storm!
Rating: 14 Votes

These shot on iPhone videos are so boring...

And they're usually followed up with some behind-the-scenes video, featuring the vapid git who "directed" it. :rolleyes:

Do people really enjoy that kind of thing? Do they? Seriously, I'm curious! Because if so…

HiVolt
I usually ignore these posts about "shot on iPhone"... But I was obviously intrigued, can you tell by my avatar?

Go Leafs Go! - it will be tough though.

Edit: WTF? At the end it says "additional hardware used". Well is it shot on iPhone or not?
Rating: 6 Votes

rmoliv
These shot on iPhone videos are so boring...
Rating: 5 Votes


after June when they're drinkign beers from Lord Stanley's cup

Apple's advertising team is about as lackluster as paint drying these days. The videos during Jobs's time were truly engaging and fun. Mac vs PC ads etc.

I actually disliked the Mac vs PC ads. They were quirky and funny, they actually failed to show anything that the Mac could do better, all they did was attack the PC and its users - most of which could not afford the premium price the Mac commanded.


Them be fighting words...