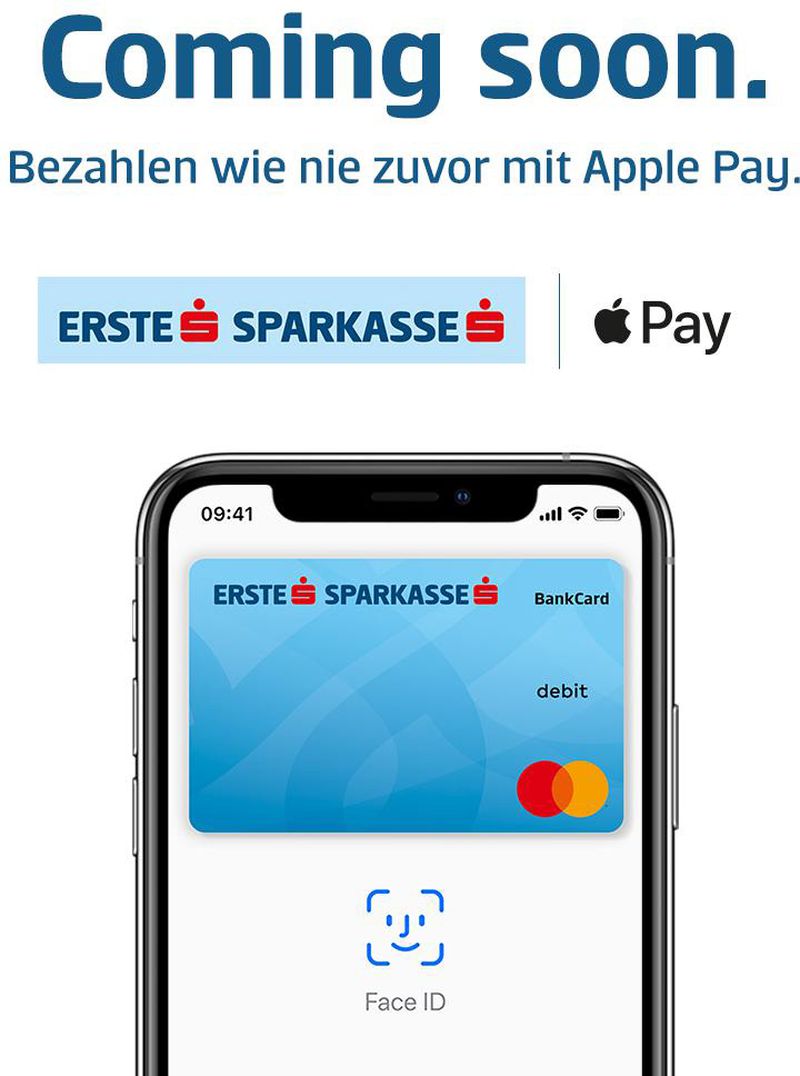 ‌Apple Pay‌ has been gradually expanding across Europe, Asia, and the Middle East. The service launched in Belgium and Kazakhstan in November, made its long-awaited debut in Germany in December, and became available in the Czech Republic and Saudi Arabia last month. It looks like Austria will soon follow.

Coming Soon! @N26 will bring #ApplePay, which is transforming mobile payments with an easy, secure and private to pay that’s fast and convenient to customers in Austria 🇦🇹 pic.twitter.com/iy3NK44Tli

Apple CEO Tim Cook yesterday said ‌Apple Pay‌ will be available in more than 40 countries and regions by the end of 2019.

(Thanks, Steger Patrick and Adam Perjesi!)

TobiWahn_Kenobi
That is the best news from Apple for a while
Score: 5 Votes (Like | Disagree)

I have always asked myself why did Belgium get Apple Pay before The Netherlands or Luxembourg. The Benelux are well developed so I had hoped Apple would launch  Pay at the same time in Benelux.

[USER=76163]@troc[/USER] The answer is simple: we have a very extensive and cheap system of contactless payment already. Also, The Netherlands has rules about the maximum fee that pin-transactions should cost. Apple exceeds that maximum.

The maximum was set till the end of 2021. Due to these rules and also other laws, also as having an impossible government, we can count that we won’t have Apple Pay in the next 2-3 years.
Score: 1 Votes (Like | Disagree)

Jarman74
I've been waiting for Apple Pay Cash since forever and I was hopeful that AT LEAST Apple would announce just that yesterday. No dice.
Score: 1 Votes (Like | Disagree)
Read All Comments

Tuesday April 7, 2020 4:28 am PDT by Tim Hardwick
Two images shared on social media this morning are currently stoking speculation about possible hardware redesigns coming to the iPhone 12 and the potential introduction of Home screen widgets in iOS 14. Shared by Twitter user Fudge (choco_bit), the images depict a front and rear graphical representation of a smartphone with interface elements on the screen, suggesting it came out of a...
Read Full Article • 132 comments

Monday April 6, 2020 8:17 am PDT by Joe Rossignol
A sizeable number of Mac users are experiencing occasional system crashes after updating to macOS Catalina version 10.15.4, released a few weeks ago. The crashing issue appears to be most prominent when users attempt to make large file transfers. In a forum post, SoftRAID described the issue as a bug and said that it is working with Apple engineers on a fix for macOS 10.15.5, or a...
Read Full Article • 247 comments

Tuesday April 7, 2020 7:52 am PDT by Eric Slivka
Last week, we laid out evidence suggesting that the just-released iPad Pro models do not contain a U1 Ultra Wideband chip, including the lack of any mention of the chip in tech specs or Apple's press materials, the absence of software support for U1 features, and more. Most tellingly, iFixit was unable to find the chip or related antennas in the device. Daring Fireball's John Gruber has follo...
Read Full Article • 102 comments