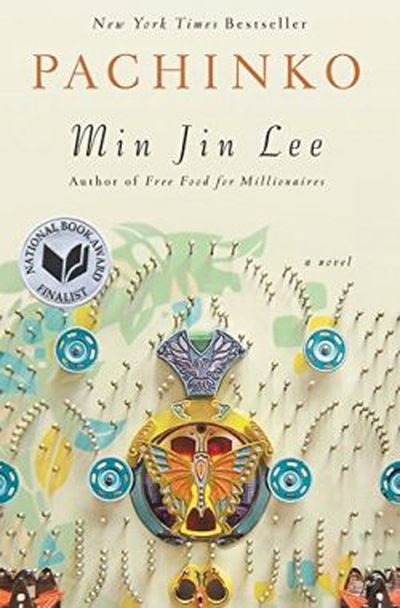 Apple has given a formal series order for "Pachinko," a drama based on the bestselling novel of the same name, according to The Hollywood Reporter.

"Pachinko," written by Min Jin Lee, chronicles the lives of four generations of a poor Korean immigrant family as they migrate to and establish a life in Japan. Apple first acquired the rights to a TV show based on the book in August 2018.

The novel begins in 1911 with the birth of Sunja, who becomes involved with a married yakuza, falling pregnant and facing ruin in her small village. The town's minister offers her a new life in Japan as his wife, where she is alone, lost, and unable to speak the language. The book then follows the Sunja's family through eight decades and four generations.

The TV adaptation of "Pachinko" will be written and produced by Soo Hugh, who will also serve as showrunner. Hugh has previously worked on "The Terror," "The Whispers," "Under the Dome," and "The Killing." Eight episodes are planned so far.

Apple has more than a dozen original TV shows in the works, which will be distributed through an upcoming streaming service that will be made available in the TV app.

Apple is hosting a March 25 event at its headquarters in Cupertino, California, where it is expected to unveil details on the TV service.

Suttree
Ohhhhh. I get it now. Instead of wanting to be like HBO, FX, AMC, Apple wants to be Lifetime.
Score: 7 Votes (Like | Disagree)

Yeahhhhh. I doubt this show takes off

All my friends who went bonkers for Downton Abbey will probably love this show. Never underestimate the appetite of literature-loving audiences for a good domestic drama set against a historic backdrop. They don’t care what race or ethnicity or era the characters represent, as long as there’s a lot of interpersonal drama.

And how about soap opera fans? I guess the younger generation knows them as “stories.”

Jeez, after all the big nighttime soaps of the 80’s went off the air, my mom started watching soap operas from Mexico. My mom is Asian and is fluent in at least two Asian languages, but didn’t speak Spanish. However she picks up languages like some kind of prodigy and she learned enough to follow all the storylines and followed her telenovellas for several years. Totally blew my mind she could or would do that. But such was her love for long term family dramas.

Assuming people even become aware this show exists, it could become a hit. Apple will need to get their presence out there past the tech fans on sites like this one to a much wider potential audience.
Score: 5 Votes (Like | Disagree)

sidewinder3000
Seems like they are picking some interesting and well-regarded properties. Can’t wait to see what they unveil on the 25th.
Score: 5 Votes (Like | Disagree)

I never thought an Apple car would amount to much, but I think Apple has a good shot at becoming a successful content distributor and maybe even a content creator.

Too bad they aren't producing good devices (hardware + software) onto which to view the aforementioned content.
Score: 5 Votes (Like | Disagree)

theSpringZone
I’m just not feeling what Apple has planned, but I could be completely wrong.
Score: 4 Votes (Like | Disagree)

gigapocket1
Yeahhhhh. I doubt this show takes off
Score: 4 Votes (Like | Disagree)
Read All Comments