Apple this morning released the third beta of iOS 12.2 to developers, and as with most early betas, the new software introduces refinements and user interface changes for various features.

There are several minor tweaks, such as an update to the Apple News logo, along with more major updates that include a new Apple TV Remote design and multiple important bug fixes. We've outlined everything new in the third beta of iOS 12.2 below.

- Apple TV Remote redesign - The ‌Apple TV‌ Remote has been redesigned again with a darker interface, both in the Remote app itself and in Control Center. 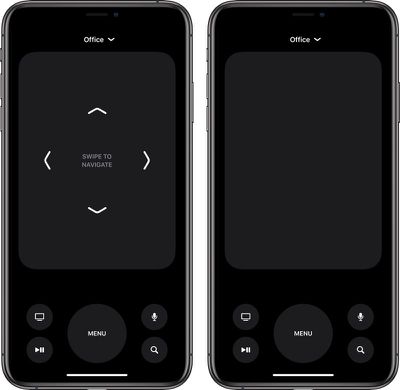 - Lock screen charging fix - The second beta of iOS 12.2 had a pesky bug that caused the iPhone's charge to be displayed on the Lock screen instead of the date. In beta 3, that's been fixed.

- ‌Apple News‌ logo - In the ‌Apple News‌ app, instead of spelling out "‌Apple News‌," Apple uses the "" symbol along with the word "News," similar to Apple Pay.

- About screen - The interface for viewing information about your ‌iPhone‌ has been updated and rearranged in a more logical way with info like model number and serial number at the top with carrier information at the bottom.

Siri Apple Store suggestions - There's a new section under ‌Siri‌ & Search > Apple Store that indicates ‌Siri‌ in iOS 12.2 will be able to suggest Today at Apple sessions for you based on your Safari and app usage.

Apple has introduced many other changes over the course of the beta testing period, with most of the updates outlined in our iOS 12.2 tidbits post.

Additional details on iOS 12 can be found in our iOS 12 roundup.

Swazaloo
I live in a Condo. If only there was a way to prevent all of my neighbors Apple TV's from showing up in my AirPlay device list.
Score: 14 Votes (Like | Disagree)

I live in a Condo. If only there was a way to prevent all of my neighbors Apple TV's from showing up in my AirPlay device list.

On Airplay settings on your AppleTV, just switch from allowing close devices to only allow devices from your network (-;
Score: 14 Votes (Like | Disagree)

jumanji
can they actually redesign the actual apple tv remote? i mean...it's a piece of crap
Score: 9 Votes (Like | Disagree)

You know those buttons you could barely see? Well, you see them even less now! Can't innovate my ass! /sarcasm

A mute button would be a welcome addition. It is irritating that apps like Netflix suddenly play loud previews.
Score: 7 Votes (Like | Disagree)

I live in a Condo. If only there was a way to prevent all of my neighbors Apple TV's from showing up in my AirPlay device list.

We live in a single family home and still have this issue...

It also means that any apple TV's you have are showing up in their lists too.
Score: 6 Votes (Like | Disagree)
Read All Comments