A red variant of the iPhone XS and XS Max could be launching in China sooner rather than later, if a social media rumor proves to be accurate. 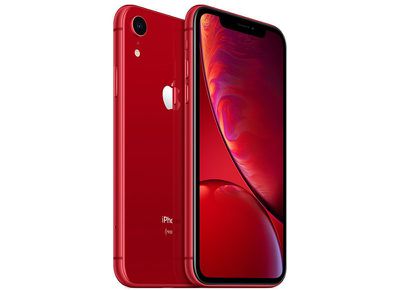 A Weibo post spotted by iPhoneHacks.com claims Apple will launch the red color models by the end of this month, in a bid to boost struggling ‌iPhone‌ sales in the region.

The leaker, who claims to have received the tip from sources in Apple's supply chain, says that Apple will call the model "China Red," and not the PRODUCT(RED) branding that the company typically associates with the color.

There's also precedent for Apple using a different name in China – the company dropped the PRODUCT(RED) branding in the country for both the ‌iPhone‌ 7 and ‌iPhone‌ 8 models, instead promoting them simply as additional colorways.

Apple has partnered with the (RED) Global Fund for nearly 13 years to sell a variety of red-colored devices and accessories. For each product sold, Apple makes an unspecified contribution to HIV/AIDS charity. However sex remains a controversial issue in China, where AIDS and HIV have been characterized in the past as a consequence of contact with the West.

Despite the lack of any PRODUCT(RED) mention in China, Apple CEO Tim Cook assured MacRumors in a March 2017 email that the company upholds its charitable Global Fund donations commitment for every special edition red ‌iPhone‌ sold in every country in the world, with or without said branding.

If there's any weight to today's rumor of a red ‌iPhone‌ XS and XS coming to China, it could potentially signal the early launch of PRODUCT(RED) versions for the rest of the world, although nothing is certain. Rumors last year of a mid-cycle PRODUCT(RED) edition of the ‌iPhone‌ X never transpired, for example.

It's also worth noting that several Chinese mobile makers will be launching their 2019 flagship phones over the next couple of months, so Apple may be using new red ‌iPhone‌ models as a counterweight to new rival devices on the market.

Pepe4life
Should’ve done this during Chinese New Year then.
Slapping a new colour on a phone with recurrent modem and wifi issues that can’t be fixed by software is like spraying perfume on a turd
Score: 13 Votes (Like | Disagree)

You do realize that the color red in China is a very popular color, right? It symbolizes ‘Good luck and Fortune’, so even if this rumor was true, I think a Product red iPhone would do very well in China regardless of the Chinese New year or not.

If that's the case, there should have been a red iPhone from the beginning. It all starts with understanding the market where you want to sell for.

That's the problem with Apple these days. They don't even know where they have to compete with in certain markets or what the demand for is.

That's probably the reason for the big fail in India too. Selling an old SE while you already can get a full spec phone with big OLED screen for half the price of an SE.

Apple is so out of touch in so many markets :mad:
Score: 10 Votes (Like | Disagree)

thadoggfather
A fresh coat of desperation to pander to the Chinese who aren’t biting. I’m McDonald’s Loving it!
Score: 7 Votes (Like | Disagree)

However sex remains a controversial issue in China

That’s really interesting given that they are the most populated country in the world.
Score: 6 Votes (Like | Disagree)

H3LL5P4WN
Just another example of Apple only having a strong moral compass outside of china.

Dropping (PRODUCT) from it is a real jagoff move illustrating that instead of educating the communists, they'd rather pander to their (entirely wrong), government-dictated "culture."
Score: 5 Votes (Like | Disagree)

RightMACatU
I for one never buy mid-cycle products including cars unless there's a rebate. Past the mid-cycle, you're just months away from a new gen or version.
Score: 5 Votes (Like | Disagree)
Read All Comments