Other TV manufacturers, including Samsung, Vizio, and LG have also announced support for HomeKit and AirPlay 2 for their 2019 smart TV lineups. All of the major TV brands will support both, with the exception of Samsung. Samsung TVs support AirPlay 2 and will have an exclusive app for accessing iTunes content, but won't work with HomeKit. 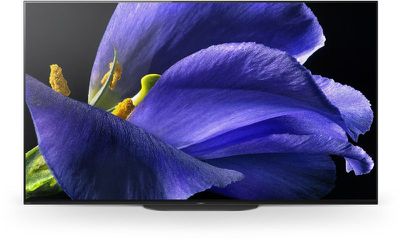 With AirPlay 2 support, compatible Sony television sets will be able to stream videos, music, photos, and more right from an iPhone, iPad, or Mac, and multi-room audio across multiple AirPlay 2 devices will also be available.

Content AirPlayed on Sony television sets will be able to be controlled using the Lock screen widget or the Control Center of an iOS device. Users will be able to play, pause, fast-forward, rewind, and adjust volume on the TV when AirPlaying TVs, movies, and music.

With HomeKit and Siri integration, users will be able to control their TVs via Siri voice commands, using voice requests to do things like play specific TV shows on a specific television. The TVs will be present in the Home app, so Siri controls will also be available for doing things like turning on the TV or including the TV in a HomeKit scene.

Sony's television sets run an Android-based operating system with built-in Cast support from Google, which means users will be able to choose between using Google and Apple services.

Apple has added new details about the upcoming smart television integrations on its AirPlay website for those who want more information about its upcoming partnerships with TV manufacturers.

Home kit and Siri are so far behind Amazon Alexa it’s a joke. So far, that I feel like Tony Stark walking around my Malibu mansion. Apple completely dropped the ball on both. Sincerely, an Apple fanboy.

But why? Homekit is instant. All my hue lights and lifx lights turn on instantly and remember the correct colors. My Alexa sucks. It’s slow as hell. The hue stuff should be instant but compared to homekit Alexa lags. You can’t create quick scenes with colors that are currently in use for Alexa either. The amazon integration isn’t that great. I barely use my Alexa spot anymore. Sometimes for alarms and other things homekit doesn’t do through my wink hub.
What does the Alexa do better honestly? Because with my setup it’s laggy and the app sucks ass compared to homekit
Score: 14 Votes (Like | Disagree)

philmore13
Home kit and Siri are so far behind Amazon Alexa it’s a joke. So far, that I feel like Tony Stark walking around my Malibu mansion. Apple completely dropped the ball on both. Sincerely, an Apple fanboy.
Score: 11 Votes (Like | Disagree)

Is Apple not concerned about these new features cannibalizing Apple TV sales? I am all for these additions and I know the Apple TV offers a different experience but for most people having air play streaming from their iPhone to their tv would be enough to pass on buying the Apple TV instead. I’m sure Apple isn’t making these TV manufacturers pay licensing fees equivalent to the price of an Apple TV.

iSayuSay
Even better, Apple could've just licensed tvOS to everyone LOL. I mean make a stripped down version of it for everyone else just so anyone can enjoy Apple TV interface. That'd be a great idea to throw TV market in Apple's ecosystem
Score: 5 Votes (Like | Disagree)

Home kit and Siri are so far behind Amazon Alexa it’s a joke. So far, that I feel like Tony Stark walking around my Malibu mansion. Apple completely dropped the ball on both. Sincerely, an Apple fanboy.

I spent the last week in a house with an Alexa. I was somewhat impressed with its ability to play music from different sources for the most part. However, it still screwed up a number of playlists and albums with multiple discs. Didn't use it for anything other than easy questions that Siri always gets right though.

On a sidenote, you gotta admit this Airplay 2 + Homekit rollout to top TV manufacturers caught everyone by surprise. Haven't had a true Apple surprise in a while!
Score: 4 Votes (Like | Disagree)
Read All Comments