Earlier this month, hip-hop artist Nicki Minaj debuted her latest album "Queen" on her new Beats 1 radio show "Queen Radio," just minutes before its wider release. And, by the sounds of it, that didn't make Spotify very happy. 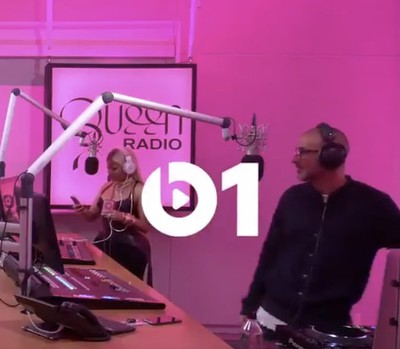 In a series of tweets on Sunday, highlighted by Digital Music News, Minaj said Spotify retaliated by electing not to promote the album on its platform during its first few days of availability, as it had promised. Meanwhile, she said Drake, who has had a Beats 1 show since 2015, is highly promoted on Spotify.

Spotify put drake’s face on every playlist but told me they’d have to teach me a lesson for playing my music 10 mins early on #QueenRadio. Even tho they’ve been giving away my music for free for years & I am one of the top Spotify artists of all time. — QUEEN (@NICKIMINAJ) August 19, 2018

Spotify had to teach me a lesson but rewarded the man who has had an Apple radio show the longest; inadvertently helping the Apple platform the most. Oh I can’t wait for #QueenRadio on Tuesday. They took away my promotion they had promised for the 1st cpl days b/c of this. #Queen — QUEEN (@NICKIMINAJ) August 19, 2018

Minaj said she "can't wait" for the next episode of Queen Radio this Tuesday, presumably to speak further about Spotify's alleged retaliation.

A few years ago, The New York Times reported that Spotify instituted a policy where music that has benefitted from promotional deals on other platforms may not be prominently featured or included in as many playlists on its service.

Executives at two major record labels said that in recent weeks Spotify, which has resisted exclusives, had told them that it had instituted a policy that music that had benefited from such deals on other services would not receive the same level of promotion once it arrived on Spotify; such music may not be as prominently featured or included in as many playlists, said these executives, who spoke on the condition of anonymity in order to discuss private negotiations.

Bloomberg also reported that Apple Music exclusives may be "buried" in Spotify search results, which Spotify said was "unequivocally false."

Several artists have debuted albums exclusively on Apple Music, at least for a brief period, including Drake, Frank Ocean, Dreezy, Taylor Swift, Katy Perry, and Chance the Rapper, and it would appear that Spotify isn't pleased, as streaming platforms, record labels, and artists fight over rights in an evolving industry.

Update: Spotify said it "supported Nicki Minaj with a Times Square billboard, a host of the largest playlists, New Music Friday and the new music release shelf," in a statement issued to Variety. "Her song 'Bed' actually saw an increase based on the promotions put behind the campaign. The company continues to be big fans of Nicki."

Cindori
So let me get this straight

Have to side with Spotify here.
Score: 15 Votes (Like | Disagree)

jsmith189
Or maybe people just didn't care enough to listen and that's why your sales are lower than you had anticipated.
Score: 13 Votes (Like | Disagree)

Mike MA
Basically all that needed to be said was stated in the first two replies. Thread closed.
Score: 9 Votes (Like | Disagree)

Where are you getting sour grapes? Seems like quotes from the NYT and Bloomberg lend credence to her claim. I have no skin in the game. I don't Minaj. But neither your quote nor jsmith's counter her argument. You both simply bring in a separate claim as evidence of what I don't know. Could she be sour or petty? Don't know.
Score: 7 Votes (Like | Disagree)

So, you admittedly side with petty pathetic retaliation? Wow, and there are actually high numbers of people who don’t understand why this world is so pathetically screwed up... look no further than people like this world.

You’ve only Niki Minaj’s word to go on. The world is screwed up because ppl only listen to one biased side of a story and accept it as truth.
Score: 6 Votes (Like | Disagree)

Jakewilk
Shady stuff. Can’t see how Spotify gets any benefit out of doing that, though. Sounds petty
Score: 6 Votes (Like | Disagree)
Read All Comments