Apple has formed a multi-year production partnership with Oprah Winfrey to create shows for a new video subscription service that is in the works, reports The Wall Street Journal.

Apple and Winfrey did not share details on the kind of content that she plans to create, but in a statement, Apple said it would team up with Winfrey to "create original programs." 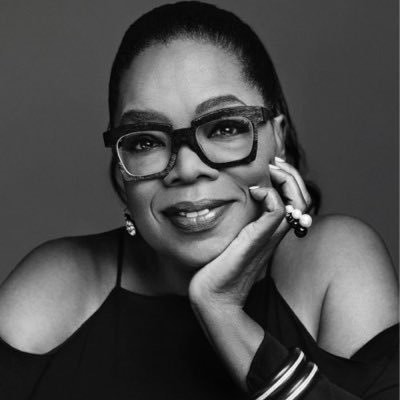 Together, Winfrey and Apple will create original programs that embrace her incomparable ability to connect with audiences around the world.

Winfrey's projects will be released as part of a lineup of original content from Apple.

Apple has signed deals for dozens of original television shows, ranging from ranging from science fiction series "Amazing Stories" to podcast-based drama series "Are You Sleeping" to cartoon series "Central Park." A full list of Apple's TV shows can be found in our Apple TV roundup.

The first of Apple's television shows may debut as early as 2019 and while Apple has not clarified how the shows will be distributed, today's report from The Wall Street Journal suggests Apple is working on a streaming video service to deliver its content.

Please, no! Netflix is doing just fine as they are. I love Apple, but they need to stay away from Netflix and Spotify. I don't want Apple ruining those two great services.
Score: 41 Votes (Like | Disagree)

fel10
Most overrated woman in the show biz
Score: 33 Votes (Like | Disagree)

Lioness~
Gawd, and the Mac business is getting further away....
Score: 15 Votes (Like | Disagree)

rynx9
Isn’t OWN at the bottom of the ratings already? She’s popular, sure, but her network isn’t.
Score: 13 Votes (Like | Disagree)
Read All Comments

Thursday July 9, 2020 10:14 am PDT by Juli Clover
Apple today seeded the first public betas of upcoming iOS and iPadOS 14 updates to its public beta testing group, two weeks after first providing the updates to developers after the WWDC keynote and a day after seeding the second developer betas. Public beta testers who have signed up for Apple's beta testing program can download the iOS/‌iPadOS‌ 14 updates over the air after installing ...
Read Full Article • 162 comments

Wednesday July 8, 2020 1:49 am PDT by Tim Hardwick
A significant minority of iPhone users have taken to Apple's Support Communities and Reddit to report battery drain issues largely related to the Music app and high levels of background activity. Hundreds of users, many running iOS 13.5.1 on devices both new and old, are experiencing rapid battery drain when the Music app is not in use. In some cases, the background activity occurs over...
Read Full Article • 132 comments