"Are You Sleeping," a drama series that will star Octavia Spencer, has picked up several new cast members, including Aaron Paul, known for "Breaking Bad," reports Variety. 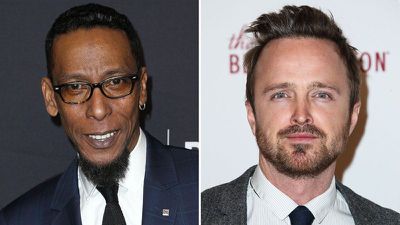 As has been previously reported, "Are You Sleeping" is a psychological thriller based on a novel written by Kathleen Barber. The book, also called "Are You Sleeping," focuses on a podcast that reopens a murder case, similar to the popular "Serial" podcast that led to a new trial for Adnan Syed, in jail for allegedly murdering his girlfriend.

Sarah Koenig, who created and produced "Serial," will consult on the "Are You Sleeping" series, which Apple gave a series order for in May. The show will explore how the reopening of the murder case impacts the people involved.

Octavia Spencer, known for her roles in "Hidden Figures" and "The Shape of Water" will play Poppy Parnell, the reporter who is aiming to uncover the truth behind a decades old murder through her podcast.

Paul will play convicted murderer Warren Cave, whose guilt is in question, while Lizzy Caplan will play twin sisters Josie and Lanie. Jones, known for "This is Us," plays Poppy's father, Leander "Shreve" Scoville. Perkins will play the role of Cave's mother, while Phifer will play the role of Markus Knox, detective and friend of Poppy's.

It's still not clear when the first of Apple's television shows will debut, but rumors have suggested 2019 as an initial launch date. With casting in place for "Are You Sleeping," it could be progressing to the filming stage in the near future.

Haha, but for real though, Aaron Paul is a fantastic actor, I'll be watching for sure.
Score: 8 Votes (Like | Disagree)

_Refurbished_
While I have nothing against Apple getting into the TV space, I really hope MacRumors doesn’t become flooded with TV announcements. I already have to scroll through enough Apple Watch articles as it is! o_O
Score: 7 Votes (Like | Disagree)

However, Aaron Paul has been a total nothing since that show and probably never will do anything in the future. That was the pinnacle of his career, so this isn't exciting.
Score: 2 Votes (Like | Disagree)

There isn't anything else to rumor about ATM. Did you want MORE watchband articles?

No no, please no more watch band articles!
Score: 2 Votes (Like | Disagree)
Read All Comments