Google this morning posted a story on its Keyword Blog that highlights the ongoing growth of its AI helper, Google Assistant. According to the company, the Assistant now works with "every major device brand" in the U.S., meaning that it can connect with more than 5,000 smart home devices, up from 1,500 in January.

This growth period saw media and entertainment queries increase by 400 percent, with Google users taking advantage of "OK Google" commands on Android TV, smart TVs, and Chromecast. Another popular area for Google is security cameras like Nest's products, including the Nest Hello doorbell. When someone rings the doorbell, Nest can communicate a chime to Google Home, play a livestream on Chromecast, and then users can respond to their visitor on their smartphone.

Over the past year, we’ve made great progress ensuring that the Google Assistant can work with all types of connected devices, and now every major device brand works with the Assistant in the U.S.

Just how many devices is that? Today, the Google Assistant can connect with more than 5,000 devices for your home—up from 1,500 this January. That includes cameras, dishwashers, doorbells, dryers, lights, plugs, thermostats, security systems, switches, vacuums, washers, fans, locks, sensors, heaters, AC units, air purifiers, refrigerators, ovens … we can keep on going!

For home automation, Apple's solution is HomeKit and Siri. Although not an exact comparison due to potentially missing products, Apple's website has a list of HomeKit-compatible smart home products that reaches to about 200 as of writing, with some yet to launch. Even if it is missing numerous smart home devices, Siri would still be far below Google's newly reported compatibility number. Amazon's Alexa assistant is leading the field through support of more than 12,000 smart home products.

HomeKit users are currently waiting for support from devices like the Ring line of doorbells, while integration with Nest's products is less likely after Nest and Google doubled down on hardware collaborations.

For Siri, Apple's assistant remains many users' least favorite part of their Apple devices, with Siri amassing a 20 percent satisfaction rate among early adopters of the iPhone X. In a recent report by The Information, Siri was described as "limited compared to the competition" like Google Assistant, and the report went so far as to say that the assistant has become a "major problem" within Apple, originating from the company's decision to rush the technology into the iPhone 4s.

Many have theorized the reason behind Siri's lackluster performance could be Apple's commitment to user privacy, unlike Google's actions of leveraging and retaining user data off-device in an effort to enhance queries.

Siri co-founder and creator Norman Winarsky looked back on the digital assistant's creation earlier this year. In an interview, he discussed Apple's decision to "take Siri in a very different direction than the one its founders envisioned," the original plan to focus Siri's intelligence on a few key areas and "gradually" expand its knowledge, and finally stated that Apple is now "looking for a level of perfection they can't get."

As Apple continues to expand Siri, the company in April hired John Giannandrea from Google's own search and artificial intelligence division. Apple's latest Siri- and HomeKit-supported device is HomePod, which allows users to invoke the assistant and interact with compatible products like Philips Hue lights, Ecobee thermostats, August smart locks, and more.

Google is expected to reveal more news about Assistant and other products and services during its I/O conference later this month. 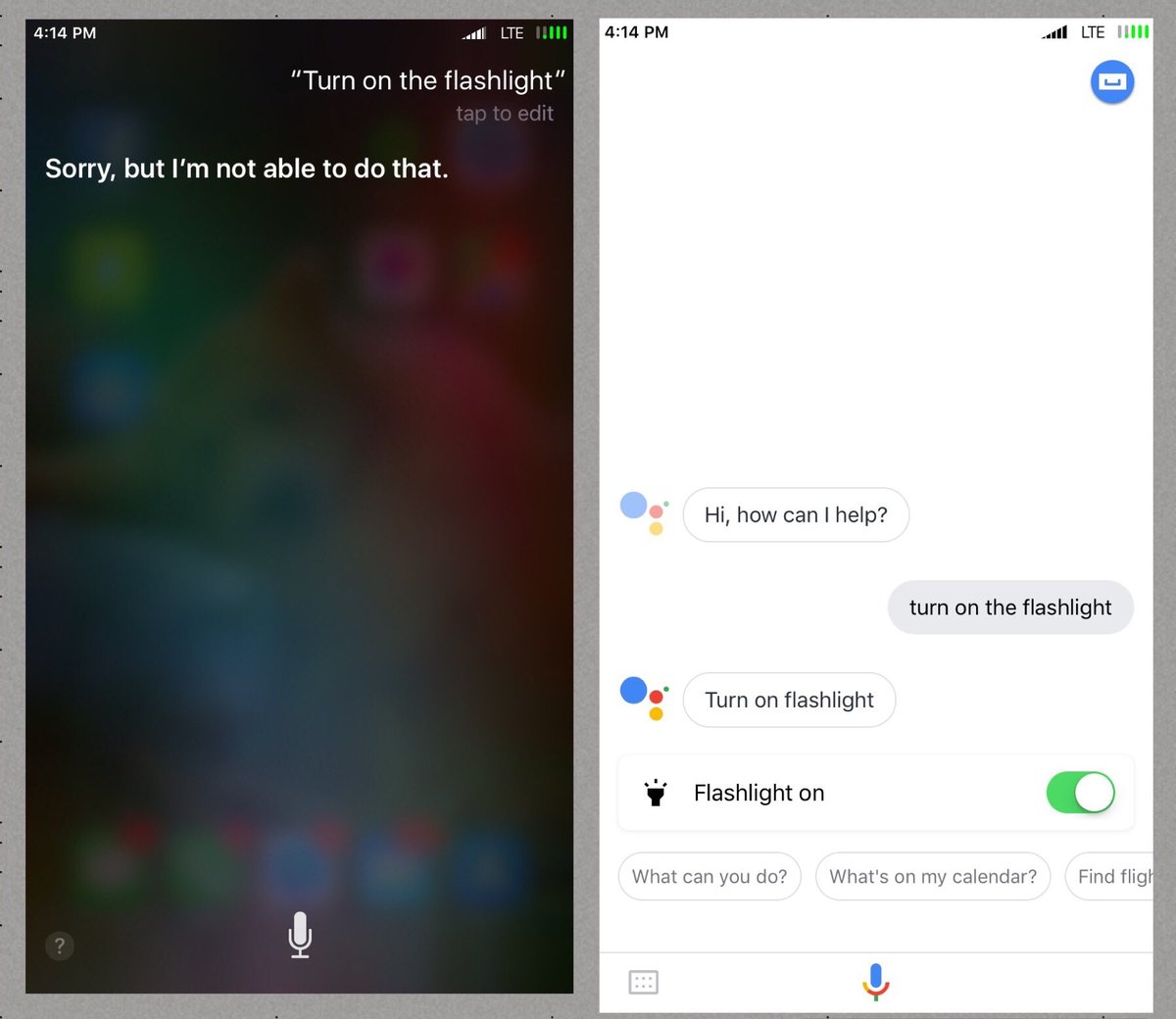 profets
Can just imagine how many of those 5000 devices have poor security.
Score: 40 Votes (Like | Disagree)

GPDawes
What really bugs me is when I m using my mac why cant I use homekit to control lights or heating?
No I have to find my phone or watch , or turn on apple tv.

It should work across all apple devices.
Score: 39 Votes (Like | Disagree)

Can just imagine how many of those 5000 devices have poor security.

TonyC28
5,000 to 200. I know Apple's standards are much stricter, but that quick glance at the scoreboard still stings.
Score: 24 Votes (Like | Disagree)

mtneer
This is like Cable TV. You may pay for 500 channels, but you only really watch only a handful. Google may have hooked up with 5000 services, but realistically if most people use a handful in the 200 that Apple supports, its covered.
Score: 13 Votes (Like | Disagree)
Read All Comments