Ming-Chi Kuo, widely considered to be one of the best analysts covering Apple, might no longer focus his research on the iPhone maker. 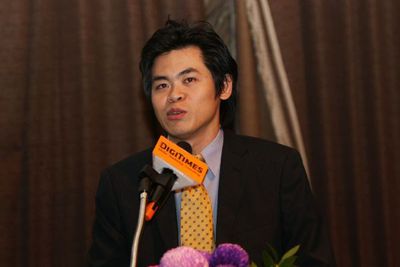 Kuo speaking on behalf of DigiTimes
China Times reports that Kuo resigned from Taiwanese research firm KGI Securities on Friday and, while his next move is uncertain, the publication suggests he will focus less on Apple and more on other emerging industries.

Kuo has been one of the most prolific sources of rumors about Apple's unreleased products and services since as early as 2010, when he was a senior analyst at industry publication DigiTimes. He briefly covered Apple for Concord Securities in 2011, before moving to KGI Securities in early 2012.

Congratulations to Ming Chi-Kuo (the best analyst covering Apple) who is leaving KGI for another firm, and reportedly moving on to cover innovative non-Apple companies. https://t.co/m55yUVQSGG — Mark Gurman (@markgurman) April 30, 2018

While he doesn't have a perfect track record, our archive of Kuo's research notes reveals several high-profile rumors that proved to be accurate. In March 2016, nearly two years prior to the iPhone X, for example, he said Apple was developing a new iPhone with a 5.8-inch OLED display, glass back, and metal frame.

Later in 2016, he shared a laundry list of predictions about the iPhone 7 and iPhone 7 Plus, including the lack of a 3.5mm headphone jack, a new glossy Jet Black color option, stereo speakers, and improved water resistance.

While speculation has mounted about whether Apple had anything to do with Kuo's decision to step down, given the company's culture of secrecy, it is believed that his departure was a move planned several months ago.

Kuo has yet to publicly comment on the report, and it's possible he may continue to cover Apple to at least some extent in the future.

zedsdead
There goes half the rumors.
Score: 67 Votes (Like | Disagree)

pete2106
What are MacRumors gonna do now? Where will they get the articles from?
Score: 30 Votes (Like | Disagree)

The best part of this news is that now maybe the MacRumors admins will stop groveling all over this dude. Yeesh.

willmtaylor
Tim Cook paid him off to leave (doubling down).

Sweet. I’ll get to be surprised by products announcement events again!
Score: 20 Votes (Like | Disagree)

NewtonPippin
The best part of this news is that now maybe the MacRumors admins will stop groveling all over this dude. Yeesh.
Score: 17 Votes (Like | Disagree)

yaxomoxay
All jokes aside, I wish him well in his new journey.
Score: 15 Votes (Like | Disagree)
Read All Comments