Former Apple CEO Steve Jobs, who co-founded Apple and was responsible for catapulting the company to wild success with products like the iPod and the iPhone, was born on February 24, 1955, and were he still alive, today would mark his 63rd birthday.

Jobs not only founded Apple alongside Steve Wozniak in 1976 and directed the future of technology with the development of some of the first personal computers, but he also brought Apple back from the brink of failure even after being ousted from the company he created. 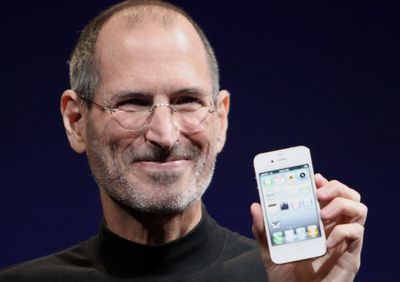 Though he passed away in October of 2011 when he was just 56, Steve Jobs had a lasting impact on Apple's culture. As current Apple CEO Tim Cook often says, Steve Jobs' DNA -- his taste, his thinking, his unwavering perfectionism, his dedication to hard work, and his lust for innovation -- will "always be the foundation of Apple."

Remembering Steve, our friend and leader, on his 63rd birthday: "The thing that bound us together at Apple was the ability to make things that were going to change the world.” We are forever bound to that goal — and to you, Steve. pic.twitter.com/rDvzR8s2F8 — Tim Cook (@tim_cook) February 24, 2018

There are no Apple products -- and few technology products -- on the market that have not been influenced by Steve Jobs in some way, however small, and had we not had Jobs, the world might be a different place today. Millions of lives have been touched by Apple devices, including the lives of each one of us here at MacRumors and all of the readers who visit the site every day to see what's new in the world of Apple.

MacRumors shares a birthday with Steve Jobs, and as of today, the site is turning 18. MacRumors was founded on February 24, 2000 by Arnold Kim, and what started out as a small side project has flourished and grown right alongside Apple into the best Apple news site on the web.

We here at MacRumors are grateful to all of our dedicated readers, community members, and volunteers, and we look forward bringing you Apple news and rumors for the next 18 years.

Stiss
Happy birthday Steve.
Only a few people deserve to be called a genius but you're one of them.
Score: 51 Votes (Like | Disagree)

AngerDanger
I'm by no means a Jobs fanatic; I didn't agree with every decision made under their authority, and I don't pull out the cliché "Steve never would've _________." Nonetheless, Jobs was a phenomenal presenter and consistently had me excited for products I had absolutely no need for. I can go back on YouTube and watch MacWorld demos in which Steve makes me totally want to applaud a 30GB hard drive… in 2018.

Happy Birthday to both of you!

25ghosts
Happy Birthday Steve. This world was a better place with you in it !

And thanks to MacRumours for being what it is !

krause734
Wonder what Steve would think of the iPad Mini, iPhone X notch, Face ID/animojis, no new Mac Mini/Pro in years, MBP touchbar, Homepod errors, easy login flaw, etc. He was a perfectionist. Apple will never be the same. He gave us what we didn't know we needed and it was magical.
Score: 25 Votes (Like | Disagree)

panjandrum
Happy Birthday Steve - a true hero to me, even if only in hindsight.

While Steve was alive I made the mistake of not attributing nearly everything good about Apple to him, even though he oversaw the revival of Apple (both financially and in terms of product quality) after the incredibly dark times surrounding the 7.5 era. I really disliked decisions such as discontinuing the Newton, among others.

Through it all I thought Steve was a determined leader that had surrounded himself with other talented persons who were also responsible for much of the progress and that the press was probably just glorifying Steve due to his charisma (aka "reality distortion field"). That's not to say I didn't always respect him, and agree with much of what he did, I simply thought he was a significant part of a group of talented people.

I was a fool: After seeing what's happened to Apple, beginning not with his death, but almost the moment he had to start relinquishing control due to health issues, it is now obvious that Steve was almost solely responsible for Apple's fantastic software, hardware, reliability, innovation, and integration. Most importantly he seems to have been the only person working in the entire da*n industry that actually understood that the single most important thing about technology is how it integrates properly with human beings so that humans can use it easily and intuitively. He was OCD enough to obsess even over the little things that make a huge difference, especially as they pile-up.

Another small-business owner I work with on regular basis (also in the computer-support industry) put it more succinctly than I could: "I've never seen any company go to sh*t as fast as Apple has."

The new Apple does not carry "Steve Jobs' DNA -- his taste, his thinking, his unwavering perfectionism, his dedication to hard work, and his lust for innovation" with them - they sh*t all over it...
Score: 22 Votes (Like | Disagree)
Read All Comments