After naming the iPhone X as one of the 25 Best Inventions of the Year, TIME sat down for an interview about the smartphone with Apple's design chief Jony Ive and hardware engineering chief Dan Riccio. 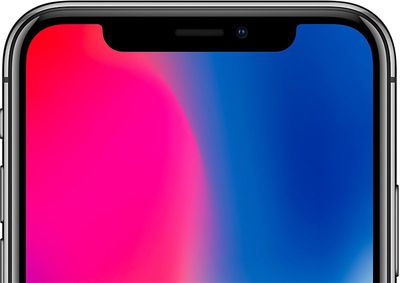 Riccio believes the iPhone X paves the way for the next 10 years of smartphones, given its radical redesign with a nearly edge to edge display, no home button, and advanced cameras for facial recognition and augmented reality.

"There were these extraordinarily complex problems that needed to be solved," said Ive. "Paying attention to what's happened historically actually helps give you some faith that you are going to find a solution."

That history includes, in part, Apple removing the headphone jack on the iPhone 7 last year, parting ways with the built-in disc drive on the MacBook Pro after 2012, and ditching the floppy drive on the iMac G3 in 1998.

Ive acknowledged that it's not always easy for Apple to move past a feature or technology when it believes there's a "better way," and it's easy to see his point given the controversy that each change has generated.

Apple was criticized by a fair number of customers for removing the headphone jack on the iPhone last year, for example, and even competitors like Google and Samsung used it as an opportunity to poke fun at Apple.

After time, however, many customers usually learn to adapt. Google even removed the headphone jack on the Pixel 2 this year.

iPhone X is the most expensive iPhone ever, with a starting price of $999 in the United States, which Ive said is the "financial consequence" of "integrating the sheer amount of processing power into such a small device."

"Our goal is always to provide what we think is the best product possible, not always the lowest cost," added Riccio.

Despite being expensive, the iPhone X appears to be off to a successful start given sales estimates, and Apple's forecast for an all-time revenue record this quarter. Orders placed today are still backlogged by 2-3 weeks.

FSMBP
Definitely insightful. Still doesn't explain who Apple isn't removing HDD (very old-dated tech) and replacing them with SSD for all their Macs. It's like they only remove features that ultimately benefit them.
Score: 64 Votes (Like | Disagree)

shareef777
Apple PR machine out in full force today. Wonder if the waning sales of the iPhone X are a cause.
Score: 53 Votes (Like | Disagree)

redheeler
Apple removes nearly all ubiquitous ports from a $2K+ MacBook Pro, replaces them with a new standard available only on a tiny percentage of peripherals, and doesn't even bother to put an $8 adapter in the box.

Yes, out with the old and in with the new, but that's taking it way too far.
Score: 49 Votes (Like | Disagree)

palmerc2
I still can’t wrap my head around how the notch is a wise design choice.

I know I know, you get used to it after a couple days. Doesn’t change the fact it’s ugly as hell. Adding a small bezel along the top that’s half the height of current notch to house the new tech would’ve been better.

Also, I can only imagine the amount of seething remarks people on this site would make if the new Google pixel had a notch on their screen. They’d be in full force mocking it. But since it’s Apple, they can do no wrong.
Score: 41 Votes (Like | Disagree)

tkermit
Excited to see what features they remove next year!
Score: 39 Votes (Like | Disagree)
Read All Comments

Monday January 24, 2022 9:20 am PST by Juli Clover
AT&T today announced the launch of upgraded AT&T Fiber plans, which support speeds of up to 5 Gigabits for some customers. There are two separate plans, one "2 GIG" plan and one "5 GIG" plan, available to new and existing AT&T Fiber subscribers. According to AT&T, the new plans are available to nearly 5.2 million customers across 70 metro areas including Los Angeles, Atlanta, Chicago, San...
Read Full Article • 197 comments

Monday January 24, 2022 7:12 am PST by Sami Fathi
Three months after their launch, the 14-inch and 16-inch MacBook Pros continue to experience high demand and seemingly short supply, with shipping dates for both models stretching into multiple weeks in several of Apple's key markets. In the United States, the baseline 14-inch MacBook Pro with the M1 Pro chip is estimated to ship in three to four weeks, promising an arrival by at least...
Read Full Article • 167 comments