Tuesday September 12, 2017 3:00 pm PDT by Mitchel Broussard
Apple just officially announced the iPhone X, its all-new, drastically redesigned, tenth anniversary iPhone. Right after the keynote where it debuted, reporters were treated to the hands-on demo room within the Steve Jobs Theater where they got to be among the first people in the world to hold an iPhone X. Below we'll round up some of the first impressions on the device, which many publications are describing as "beautiful," "striking," and a "sensational-looking" iPhone.

SlashGear called the iPhone X "familiar, and yet so very different," alluding to the aluminum casing of the new iPhone that matches the original iPhone's design, while also commenting on the "striking" OLED display. While other smartphones have had OLED screens, SlashGear said the iPhone X "takes it to another level," with text and graphics that look "embedded into the toughened glass" of the display. 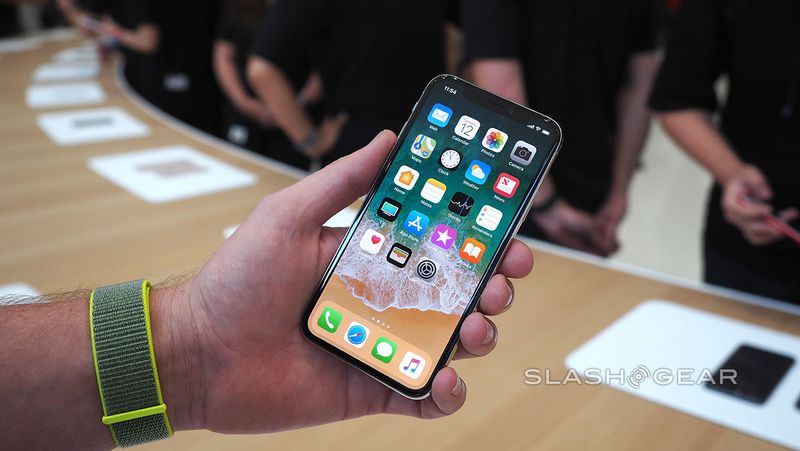 Although the top "notch" of the screen looked intrusive in viewing some photos and videos, the site largely said that it shouldn't get in the way much elsewhere.

Most striking, of course, is the display. Apple has not only pushed the 5.8-inch OLED panel to the very edges of the bezel, it has hugged the corners too. The much-discussed “notch” in the top – housing not only the new TrueDepth Camera, but various other sensors used for the new Face ID system – looks intrusive in photos but, in my brief use of the iPhone X, didn’t feel like it would get in the way.

You’re too busy marveling at Apple’s OLED screen, really. We’re used to bright, color-rich panels from OLED technology but the iPhone X takes it to another level, text and graphics looking like they’re embedded into the toughened glass that protects the phone front and back. It’s pleasingly smear and lag-free, even in fast-paced augmented reality games, too.

The Verge said that the "star of the show" for the iPhone X is its 5.8-inch OLED screen, which goes to great lengths in proving that an iPhone without a Home Button can actually work. Furthermore, the site said Face ID "actually works," with a nearby Apple demo assistant repeatedly showing off the biometric security feature, which "worked every time" even under the bright and erratic conditions of the demo area.


The Verge continued by noting a few of the iPhone X's control gestures will likely take some time to get used to, including swiping up to go home, but over time the site predicted it'll become just as natural as current UI controls on iOS 10. Like many sites, The Verge noted the $999 price tag for the starting model of the iPhone X, but said that for most users it'll feel "worth it."

The thing that a lot of people want to talk about with the iPhone X is its $999 starting price, but when you have the phone in your hand, it feels... worth it. The X is an extremely beautiful device, with a stainless steel band and glass back curving into a 5.8-inch OLED display that stretches all the way across the front of the phone.

The screen dictates everything about the iPhone X’s design, including its lack of a home button. This will probably be one of the most controversial things about the phone among iPhone users, but Apple has done a lot of work to make iOS feel natural without a home button. I couldn’t test out the new FaceID authentication myself without setting it up, but it was configured for one of Apple’s demo assistants, and it worked every time he showed it off, even under the frenetic conditions and bright lights of the demo area.

TechRadar called the iPhone X "easily, easily the best-looking phone Apple's ever made," with rear glass that feels "solid and secure" in the hand and the rounded edges and light form factor make it "pleasant to hold," although fingerprints will be a problem. Despite being slightly smaller than an iPhone 7 Plus, TechRadar noted that some iPhone X gestures will still require two hands, and pointed out that "you can't reach the top right-hand corner as easily" for bringing up the new control center. 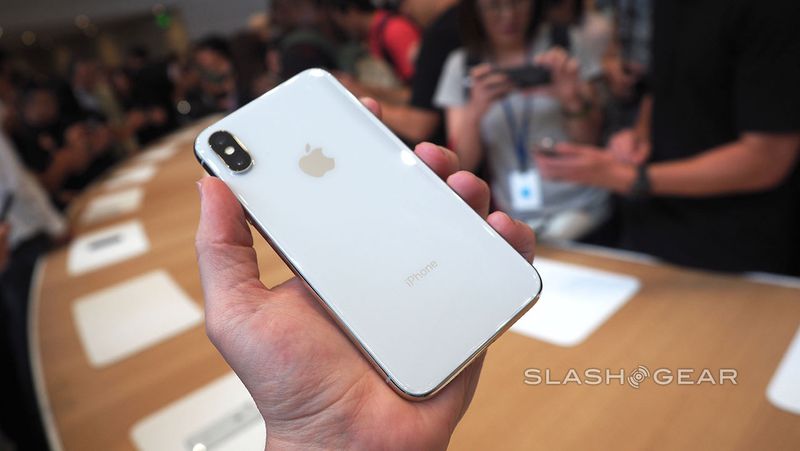 Unlike The Verge's experience, TechRadar described a questionable demo experience with Face ID, where the demo worker had to keep turning the display off and on to active the facial recognition system. Still, it noted that daily testing will be required to truly see the potential of Face ID -- as well as all of the iPhone X's new features -- and came away largely impressed by the smartphone, particularly the display.

It's hard to overstate how beautiful this screen is - and that's not hyperbole brought on by extreme fatigue. It's deep, rich and smooth, and draws level with Samsung in the quality stakes easily. If the planned effect of the iPhone X was to wow with its display, it’s certainly done that. The colors are just so vivid on the all-screen front, and it truly feels like you’re holding one of the iPhone concepts we wrote about years ago.

We’re definitely going to need convincing with Face ID – Apple’s done a good job of explaining why its system is better than anything we’ve seen before, but without trying this day to day it’s hard to know whether it’ll be good enough to replace Touch ID and the demos weren't anywhere near convincing enough. But while question marks remain, there’s no doubt that this is the futuristic iPhone from Apple we’ve been waiting for. Just be ready to pay a hefty sum for it.

#FaceID is also limited to one face. If you want to switch, you have to reset. (Like OG Apple Watch, 1:1 relationship for now.)

The iPhone X will officially be up for pre-order on October 27, and then go on sale November 3, starting at $999 for the 64GB version and rising to $1,149 for the 256GB version. Apple revealed the iPhone X earlier today, alongside the iPhone 8, iPhone 8 Plus, Apple Watch Series 3, and Apple TV 4K.

Serelus
Again, everyone wanted it to look like this: 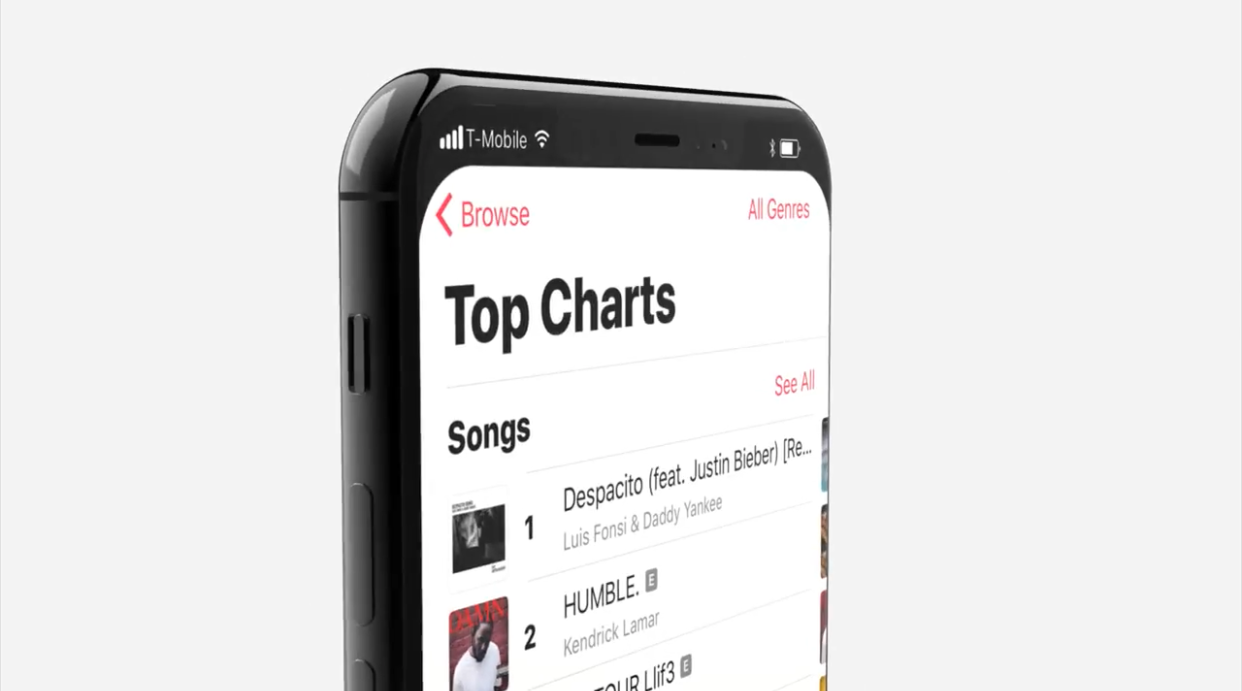 Instead we get a hindrance on screen ****ing come on.. this is your anniversary phone. It would've been flawless that way.
Rating: 92 Votes

The Fanboyism here is garishly disturbing. The FACE ID failed in the demo and yet everyone is applauding it.

This will not be easy to use in the car while driving at all. Nobody is even mentioning that.


And exactly why are you looking at your phone while driving?
Rating: 40 Votes

Kavu33
about privacy and face id .. now anyone can take your phone put it in front of your face and unlock your phone .. police will love this!
Rating: 36 Votes

Hustler1337
I know it's been said countless times, but the notch on the front of the screen is not good design, no matter how 'striking' the screen is. If you want OLED, there's other phones out there with striking displays, it's nothing better. Apple could have easily solved the notch issue if they stopped the display from 'wrapping around' the front camera/sensor panel.

As for the rear, i'm personally not a fan of that either, it's basically the iPhone 8 (or iPhone 7 with a shiny glass coating) with the camera switched to a vertical orientation.

Apart from FaceID being the best in class at present and the introduction of live emojis, nothing else has been revolutionary from Apple. Even then, you've got to wonder whether FaceID is really much more useful than TouchID and live emojis may prove itself to be more of a fad that's only ever useful if your contacts have iMessage. Neither is worth $1,000 for me as it fails to add any real value.
Rating: 30 Votes

Regeneration
The notch doesn't really bothered me until they showed us when ur watching a movie in full screen, there no black bars and they embraced the notch even there which looks like cutting out video
Rating: 29 Votes

I cried a little when FaceId failed during the demo


The Fanboyism here is garishly disturbing. The FACE ID failed in the demo and yet everyone is applauding it.

This will not be easy to use in the car while driving at all. Nobody is even mentioning that.
Rating: 22 Votes

mmm1345
I don't know, maybe all the leaks spoiled it for me. But other than the gorgeous new design, I don't see anything here that's truly "revolutionary." That justifies spending almost $1,400. I say $1,400 because I'm assuming the 256 GB model will be $1,100 plus $250 for AppleCare and taxes. And the iPhone 8 looks exactly the same as the 7. Kind of disappointed in the iPhone line up.
Rating: 21 Votes