Vineyard Capital Corporation is listed as having acquired all company shares of SensoMotoric Instruments.

Apple takes steps to hide its acquisitions through shell companies, which essentially only exist on paper, but Levoff's signature on one of the documents is a clear giveaway that Vineyard Capital Corporation is Apple. Levoff even notarized the document in Cupertino, California, where Apple is headquartered.

An archived version of the website from last week indicated the company was hiring, but the current version does not. Schmidt's name and headshot have also been removed from the website now that he is no longer managing director. Christian Villwock, Director of OEM Solutions Business, was also removed.

The acquisition is backed up by an anonymous tipster, who told us that he allegedly spoke to an Apple employee today who said the deal has been completed. Additionally, one of SensoMotoric's clients informed us that they have been attempting to contact the company for several weeks without hearing back.

Apple and SensoMotoric Instruments did not respond to multiple requests for comments. SensoMotoric's phone line was out of service.

SensoMotoric Instruments, founded in 1991, has developed a range of eye tracking hardware and software for several fields of use, including virtual and augmented reality, in-car systems, clinical research, cognitive training, linguistics, neuroscience, physical training and biomechanics, and psychology.

The company's Eye Tracking Glasses, for instance, are capable of recording a person's natural gaze behavior in real-time and in real world situations with a sampling rate up to 120Hz. As seen in the video below, one possible use case is for athletes looking to evaluate and improve their visual performance.


SensoMotoric has also developed eye-tracking technology for virtual reality headsets such as the Oculus Rift, which can analyze the wearer's gaze and help to reduce motion sickness, a common side effect of VR. The solution can also allow for a person's gaze to control menus or aim in a game with their gaze.
SensoMotoric's other eye-tracking solutions include standalone devices, such as the RED250mobile, which allows saccade-based studies to be conducted at 250Hz for researchers who require both mobility and high sampling rate.

Apple has reportedly prototyped a pair of "smart glasses" that would connect to an iPhone and display "images and other information" to the wearer, and SensoMotoric's eye-tracking technology could feasibly play a role in that product alongside solutions from Apple's other acquisitions like Faceshift.

Apple CEO Tim Cook has also repeatedly expressed a "profound" interest in augmented reality, calling the technology "a big idea" like the smartphone. He said augmented reality should "amplify" human contact, but noted "there are things to discover before that technology is good enough for the mainstream."

With iOS 11, Apple is delving into augmented reality in a big way, introducing an ARKit development platform that will allow developers to quickly and easily build augmented reality experiences into their apps and games.

Subscribe to MacRumors on YouTube for more videos
SensoMotoric Instruments is headquartered in Teltow, Germany, near Berlin, and its website said it had an office in Boston as well. It's unclear if the company and its roughly 60 employees, according to LinkedIn, will merge within Apple or remain an independent subsidiary. Financial terms of the deal are unknown.

Update: "Apple buys smaller technology companies from time to time, and we generally do not discuss our purpose or plans," an Apple representative said in a statement to Axios, essentially confirming the deal.

I'm excited about nearly every Apple product that's come out, but I'll say the same thing about this that I said about Google Glass.

I don't understand why anyone would buy this. The concept is neat, but I don't see it having any success in the real world. Having data pop up while you're going about your business would be incredibly distracting. People wear glasses because they have to... because their eyesight sucks or the sun is in their eyes. I don't see people paying hundred of dollars to wear something on their face unless they absolutely have to.

Also, the cameras make people nervous and they will undoubtedly create a lot of attention that will create awkward conversations when you're just trying to go about your business.

Am I missing something here? It seems like it'd be useful, but not enough to warrant all the downsides that come with it.

lunarworks
From the looks of it Apple's testing their new AR glasses out in Nova Scotia. 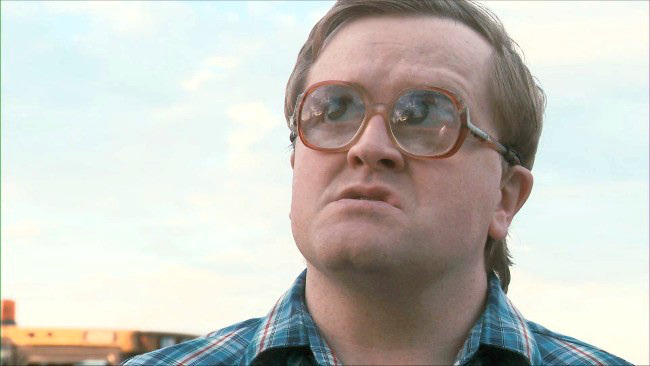 Bob Zimmerman
It's hard to overstate what a big deal this technology is for VR. Right now, VR headsets suck massively. They have the equivalent of 20/100 vision or so, and they require absurdly powerful GPUs to run because they have to render every pixel all the time. If we go to sharper displays, they'll require far, far more processing power.

The funny thing is our eyes are only really detail-sensitive in a very small area called the fovea. Our brains fill in everything else from what we remember being there. So we're spending all this processor power and electricity to render huge numbers of pixels when the user can only possibly see a tiny number of them from any given frame.

For people curious about the science behind this, check out some of the research into a phenomenon called saccadic masking. When our eyes move, we go momentarily blind. Again, our brains fill in the detail so we don't perceive the gap. This and the unimportance of detail outside the fovea have been proven with some fascinating experiments involving these sorts of gaze trackers.

I still think VR is a gimmick rather than something actually useful, but more pervasive deployment may change that.
Score: 4 Votes (Like | Disagree)

LukasValine
Wearing glasses when your eyesight is fine sounds so incredibly hipster.
Score: 3 Votes (Like | Disagree)

AdFeCu
Amazing. But I wonder what effect will it have on the wearer's vision? My vision, for example, has worsened because of my extended use of the iPad. Will the rumored AR device cause more damage to my eyes?
Score: 2 Votes (Like | Disagree)
Read All Comments