Bloomberg Businessweek sat down with Apple CEO Tim Cook last week to discuss a collection of topics related to Apple and the tech industry, including augmented reality, the legacy that Steve Jobs left behind, the HomePod, and the opinions he has following his work with U.S. President Donald Trump. Bloomberg Businessweek's full interview with Tim Cook will appear in the Sunday, June 19 edition of the magazine, but for now the site has shared a few interesting snippets from the talk.

One of the major talking points of the interview centered around the HomePod, Apple's new Siri-based speaker for the home that the company says will have a focus on high quality audio playback. When asked whether or not he thinks people will actually pay $349 for a HomePod, Cook pointed out the same question that gets brought up heading into the launch of every new Apple product. 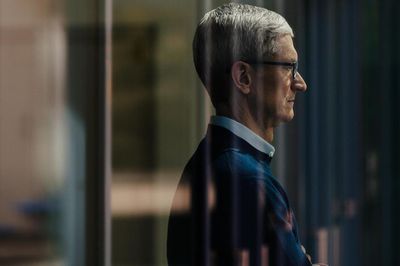 If you remember when the iPod was introduced, a lot of people said, “Why would anybody pay $399 for an MP3 player?” And when iPhone was announced, it was, “Is anybody gonna pay”—whatever it was at that time—“for an iPhone?” The iPad went through the same thing. We have a pretty good track record of giving people something that they may not have known that they wanted.

When I was growing up, audio was No. 1 on the list of things that you had to have. You were jammin’ out on your stereo. Audio is still really important in all age groups, not just for kids. We’re hitting on something people will be delighted with. It’s gonna blow them away. It’s gonna rock the house.

The main iOS topic covered in the new interview was augmented reality and its upcoming addition in iOS 11 thanks to ARKit. Cook said that he's so excited about the possibilities for the future of AR that he just wants to "yell out and scream," while admitting that there are limitations to the technology in its current state. But he thinks that those limitations are the building blocks of an "incredible runway" with a bright future, and said that, "When people begin to see what’s possible, it’s going to get them very excited—like we are, like we’ve been."

Bloomberg Businessweek asked how much time Cook spends thinking about his own legacy -- in the context of Steve Jobs -- to which Cook plainly stated, "None." Cook hopes that people simply remember him "as a good and decent man," and wants Jobs' DNA to remain the heart of the company for any future CEO over the next 100 years. Cook explained that while Apple as a whole will adjust and change with the times, this "Constitution" created through Jobs' beliefs and actions should be set in stone.

His ethos should drive that—the attention to detail, the care, the ­simplicity, the focus on the user and the user experience, the focus on building the best, the focus that good isn’t good enough, that it has to be great, or in his words, “insanely great,” that we should own the proprietary technology that we work with because that’s the only way you can control your future and control your quality and user experience.

And you should have the courage to walk away and be honest with yourself when you do something wrong, that you shouldn’t be so married to your position and your pride that you can’t say, “I’m changing directions.” These kind of things, these guardrails, should be the basis for Apple a century from now.

It’s like the Constitution, which is the guide for the United States. It should not change. We should revere it. In essence, these principles that Steve learned over many years are the basis for Apple. It doesn’t mean the company hasn’t changed. The company’s going to change. It’s going to go into different product areas. It’s going to learn and adjust. Many things have changed in the company, even in the last six to seven years. But our “Constitution” shouldn’t change. It should remain the same.

Cook was also directly asked about his experience working with President Donald Trump, including a tech summit late last year that saw a group of CEOs attending a meeting in Trump Tower to discuss trade, immigration, vocational education, and more. Ultimately, Cook admitted that he and Trump have "dramatically different" beliefs in most areas, and he argued that above all else, "America's more important than bloody politics."

We’re dramatically different. I hope there’s some areas where we’re not. His focus on jobs is good. So we’ll see. Pulling out of the Paris climate accord was very disappointing. I felt a responsibility to do every single thing I could for it not to happen. I think it’s the wrong decision. If I see another opening on the Paris thing, I’m going to bring it up again.

At the end of the day, I’m not a person who’s going to walk away and say, “If you don’t do what I want, I leave.” I’m not on a council, so I don’t have those kind of decisions. But I care deeply about America. I want America to do well. America’s more important than bloody politics from my point of view.

Rounding out the questions for the interview snippets posted today, Bloomberg Businessweek asked Cook to respond to critics who say Apple isn't innovating anymore. Cook answered with the long-time Apple argument that it's not about being first to a product category, it's about being the best in the category, while focusing on what particularly will elevate its users' lives: "It’s actually not about competing, from our point of view. It’s about thinking through for the Apple user what thing will improve their lives."

The rest of the interview includes Cook's comments on the enterprise market, Apple's $1 billion advanced manufacturing fund, and his opinions on a tax plan for repatriating the international earnings of U.S. companies. More topics are expected to be covered in the full interview on June 19.

Ultimately, Cook admitted that he and Trump have "dramatically different" beliefs in most areas, and he argued that above all else, "America's more important than bloody politics

Translation: "my political opinions are the only ones that matter because I'm right and they're wrong".
Score: 27 Votes (Like | Disagree)

Translation: "my political opinions are the only ones that matter because I'm right and they're wrong".

The excerpt in English which you quoted, has a directly opposite meaning of your translation of it, into... English.

Not saying you don't have a successful career as a translator ahead of you, but, maybe not in hostage negotiations or international treaties.
Score: 23 Votes (Like | Disagree)

NachoGrande
Tim really needs to shut up. I'm tired of Companies and Actors chiming in on politics. They have no clue.
Score: 23 Votes (Like | Disagree)

Sunny1990
If you remember when the iPod was introduced, a lot of people said, "Why would anybody pay $399 for an MP3 player?" And when iPhone was announced, it was, "Is anybody gonna pay"--whatever it was at that time--"for an iPhone?" The iPad went through the same thing. We have a pretty good track record of giving people something that they may not have known that they wanted :- Macrumors Quote

And Same thing will happen to HomePod, People always complain about the price in the beginning,but after realizing how good the product is for its give price they Goona buy.

HomePod is fairly a Class Leading product and going to Sell in good numbers.
Score: 21 Votes (Like | Disagree)

HiVolt
Yeah Timmy, if America is more important, then shouldn't you be making at least some of your products here, vs using offshore slave labor?

How about paying your share of taxes and bring some of your billions back to America?
Score: 21 Votes (Like | Disagree)

Tim Cook would have us apologizing to the world everyday if he was president
Score: 17 Votes (Like | Disagree)
Read All Comments