Among multiple software announcements that came out of WWDC last week, Apple unveiled details about watchOS 4, the newest operating system that will arrive on Apple Watch devices later this fall. As developers spend more time with the watchOS 4 beta, new surprises in the software become uncovered, and now MacRumors forum member mrToasty has come across a previously unseen birthday-related message that Apple has included in watchOS 4. 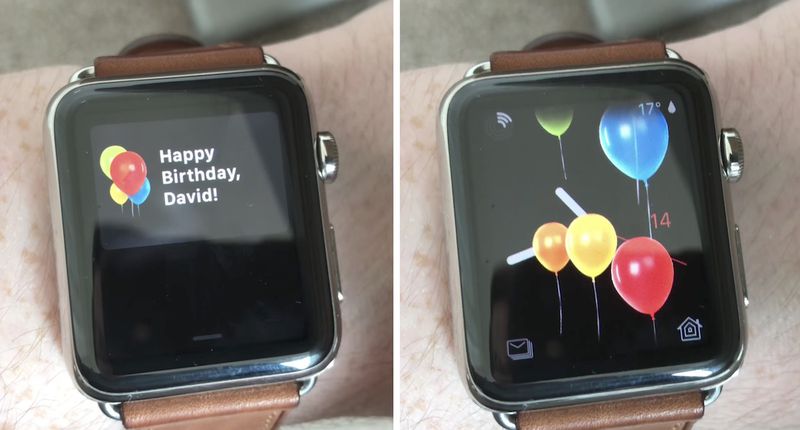 On your birthday, Apple will send a "Happy Birthday!" notification to your Apple Watch, and when you tap on it your watch face will be showered with celebratory balloons. The addition looks visually similar to the "Balloons" screen effect that launched in the iOS 10 Messages app last year. You can watch the full Happy Birthday animation in the video below, which was originally posted by David Boyle on YouTube.

Some of the big changes coming in watchOS 4 include a collection of Activity-focused updates with more personalized achievements for the Workout app, and communication features between Apple Watch and compatible gym equipment. There are also enhancements to the Music app, and a new Siri watch face that will dynamically update based on the time of day and your daily routines, and showcase important data from apps like Activity, Alarms, Breathe, Calendar, Maps, Reminders, Wallet, and more.


Check out the MacRumors watchOS 4 roundup for a complete list of everything we know that's coming in the software update.

DaveWotzit
Underwhelming! Why not a Birthday Watch face? Confetti on the hour every hour!
Rating: 16 Votes

Not interested until it can also buy me a drink.


Technically, it can, where Apple Pay is accepted.
Rating: 9 Votes

roland.g
It's all these little things....

That keep them from taking care of some of the bigger items.
Rating: 8 Votes

GrumpyMom
Great, my watch will encourage me to eat cake. Then it will nag me to breathe. Then when I can't inhale because my jeans are too tight, my Watch will nag me to go burn some calories. It's like being married.
Rating: 6 Votes

c3pa
Ah nevermind it will get more personal soon enough! 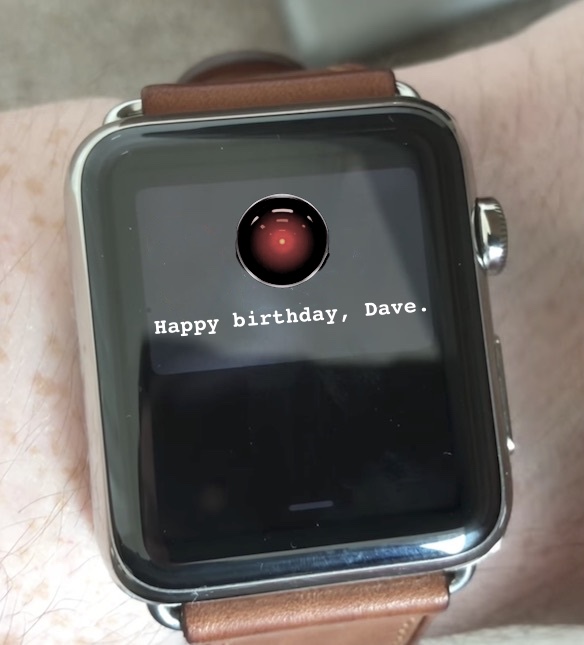 It's all these little things....

That keep them from taking care of some of the bigger items.


Care to expand on that? How about every watch update has made the watch better with efficiency, battery life, added functionality with the Airpods, etc. That Seems like that's a 'Bigger item' on its own.

The First generation Apple Watch is running three times what it was when It first launched back in 2015. The Apple Watch is the best smart watch on the market from my experiences and the compatibility with iPhone seamless.
Rating: 5 Votes

IJ Reilly
Not interested until it can also buy me a drink.
Rating: 4 Votes

Sunny1990
On your birthday,Apple will send a "Happy Birthday!" notification to Apple Watch

WOW! What a nifty feature, i will really like it
Rating: 4 Votes

Relentless Power
Creative. I love my Apple Watch, But I would really like to see more Watch faces than Birthday messages. Just my preference to better the Watch experience.
Rating: 4 Votes