Apple has hired Shiva Rajaraman, a former YouTube and Spotify executive, to help formulate its video content strategy, according to a report on Friday.

Citing two people familiar with the matter, The Information said that Rajaraman will work on a range of projects under the supervision of Apple's Eddy Cue, senior VP of internet software and services. 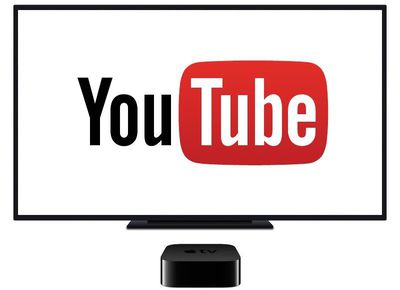 According to The Information's sources within Apple, the company has yet to nail down its video strategy and disagreements remain among executives about its long-term direction.

Executives have debated how to go forward in video. One idea that has been discussed is to bundle its music, news and book offerings with new video and cable services that could be activated via the iPhone and work on Internet-connected TVs.

Rajaraman's entrance may be able to bring more clarity to Apple's video content approach. According to his LinkedIn profile, he spent eight years at YouTube, operating across a number of roles. "At different times, he ran every individual part of the YouTube team," a former colleague told The Information. Rajaraman also helped YouTube secure content partnerships with the likes of Disney and Time Warner.

Following his YouTube stint, Rajaraman joined Spotify, where he worked between 2014 and 2016, helping to develop alternative content such as podcasts.

Apple has struggled to get its video aspirations off the ground in recent years, following failed efforts to negotiate with cable TV networks over the possibility of a streaming TV package. Apple does have some original video content coming to Apple Music, but a substantive, separate Netflix-style service remains elusive.

Update Aug 17: According to The Information, Rajaraman has left Apple after just four months, having been hired as chief product officer at co-working firm WeWork.

FattyMembrane
Excellent. This sounds like just what Apple needs to get the Mac Pro team back on track.
Score: 9 Votes (Like | Disagree)

According to The Information's sources within Apple, the company has yet to nail down its video strategy and disagreements remain among executives about its long-term direction

Are we seriously expecting Apple to produce some form of autonomous automobile if they cannot even agree whether to copy Netflix or not?
Score: 4 Votes (Like | Disagree)

Eddy Cue: "Look Shiva...I know you're trying to get the ball rolling, but you're under my supervision now; lets take it down a notch. You're starting to make me look bad."

Naw...Eddie doesn't need anyone to make him look bad.....It's the one thing he succeeds at.
Score: 3 Votes (Like | Disagree)

Apple does have some original video content ('https://www.macrumors.com/2017/01/09/carpool-karaoke-apple-music-different-hosts/') coming to Apple Music, but a substantive, separate Netflix-style service remains elusive.

I thought that PotApps sounded kind of interesting when the first rumors about it surfaced, but after watching the trailer, I feel embarrassed for the people involved. It is totally not what I expected.
Score: 2 Votes (Like | Disagree)

Urban Joe
Here's an idea... a sitcom named "Apple Knows Best" ...the show that shows what lengths Apple goes to ensure they are always perfect and why 99.9% of consumer requests are wrong. Great for PR don't ya think? Honesty is the best policy.
Score: 2 Votes (Like | Disagree)

Yep, advertising and it's quite good at it. I'm happy YouTube exist and I'm also happy it's not run by Apple. If that was the case you had to pay bigtime to upload your movie are watch for fun.
Score: 1 Votes (Like | Disagree)
Read All Comments

Friday August 19, 2022 1:57 am PDT by Sami Fathi
Stage Manager in the iPadOS 16 beta is receiving heavy criticism for being "fundamentally misguided" in its approach to bringing a new level of multitasking to the iPad experience, with some even calling on Apple to delay the feature entirely due to its shortcomings. Federico Viticci, the founder and editor in chief of MacStories and a prominent member of the Apple community, outlined his...
Read Full Article • 253 comments