Apple is expected to announce new products later this month, most likely between Monday, March 20 and Friday, March 24, according to reputable supply chain analysts we spoke to who wish to remain anonymous. The analysts said the information is from its own sources and not based on other reports. 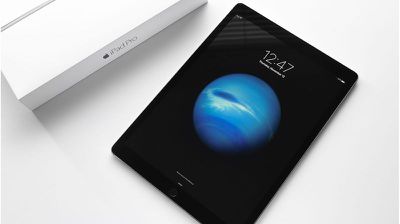 The research firm did not disclose which products it expects Apple to announce, but rumors have widely suggested at least a trio of new iPad Pro models will be unveiled as early as this month, including an all-new 10.5-inch model with slimmer bezels and updated 9.7-inch and 12.9-inch versions.

The sources expecting an iPad refresh include, among others, KGI Securities analyst Ming-Chi Kuo, Barclays analyst Blayne Curtis, and Japanese blog Mac Otakara. The last of the three expects a new 7.9-inch model that would supplant the iPad mini 4, but other reports deny or fail to mention that particular claim.

Last month, Mac Otakara said Apple will host a March event where it will debut its new iPad Pro lineup, a larger iPhone SE model with 128GB storage, and new Apple Watch bands. The report also claimed Apple will add a red color option for iPhone 7 and iPhone 7 Plus, which could be part of (PRODUCT)RED.

Apple has yet to invite the media to an event this month, however, and those invites would be on shorter notice than usual if it is indeed planning to announce new products this way as early as next week.

There are three plausible scenarios if new products are in the cards: Apple is planning a March event, and invites will go out soon; Apple is planning a Spring event, but not this month; or Apple will share its announcements through a press release as it did when it dropped the price of the fourth-generation iPad to $399 in March 2014.

A few reports have suggested the 10.5-inch iPad Pro could face shipping delays, so perhaps Apple will delay announcing it entirely.

Apple has hosted March events four times in the past six years. In 2011 and 2012, it introduced new iPad models at the Yerba Buena Center for the Arts. In 2015, it revealed Apple Watch pricing and release date information. Last year, Apple debuted the 9.7-inch iPad Pro and iPhone SE at its Town Hall.

One rumor suggested Apple could be planning an event on April 4, but this date was based on Personal Pickup for the 12.9-inch iPad Pro, which is generally not a reliable indicator of an event. The in-store pickup date for 12.9-inch iPad Pro models is a rolling target, as evidenced by the April 10 date now shown.

The all-new 10.5-inch iPad Pro is expected to have slimmer bezels, and possibly no Home button, allowing it to have the same overall footprint as the 9.7-inch iPad Pro. This design could foreshadow the rumored 5.8-inch iPhone. The tablet is also rumored to have a higher-resolution display and quad microphones.

The updated 12.9-inch iPad Pro is said to feature a 12-megapixel rear camera and True Tone display like the current 9.7-inch model, using advanced four-channel ambient light sensors to automatically adapt the color and intensity of the display to match the light in the surrounding environment.

snowboarder
A Mac maybe? What am I thinking...
Score: 32 Votes (Like | Disagree)

pbasmadj
For the first time in Apple history, I really don't care.


I am on islands with Apple right now. Got the non touchbar MacBook Pro which I will admit I love, it is great, but not really a fan of their other offerings. Have the iPhone 6S, which I love, but have no interest in the 7 or probably not the new phones either. I love the products I have, but the other options they have and seem to be going after are not nearly as interesting as in the past. Keeping my money lately which was never the case in the past.
Score: 30 Votes (Like | Disagree)

Hmm. Another iPad size? Why?

Because they forgot how to make Macs.
Score: 22 Votes (Like | Disagree)

Friday January 27, 2023 10:01 am PST by Juli Clover
Multiple rumors have suggested that the next-generation iPhone 15 models will adopt the Wi-Fi 6E standard that Apple has already introduced in the iPad Pro and MacBook Pro, and now a leaked document appears to confirm Apple's plans. Sourced from researcher and Apple leaker Unknownz21 (@URedditor), the document features diagrams of the iPhone 15's antenna architecture. D8x refers to the...
Read Full Article • 199 comments

Thursday January 26, 2023 6:30 am PST by Tim Hardwick
The new Mac Pro coming later this year is expected to feature the same spacious modular design as the 2019 model, but with fresh concerns over its lack of upgradeability surfacing, some users are beginning to wonder what the transition away from Intel architecture actually means for Apple's most powerful Mac. The current Intel Mac Pro that Apple sells is popular with creative professionals...
Read Full Article • 499 comments