Live Coverage of Apple's 'Let Us Loop You In' iPhone SE and 9.7" iPad Pro Event

Apple's "Let Us Loop You In" event kicks off at 10:00 AM Pacific Time today, and we're expecting to see several product announcements including a new 4-inch "iPhone SE," an updated 9.7-inch iPad perhaps branded as an "iPad Pro," and a few updates for the Apple Watch line, although upgrades to the watch itself will not be coming today.

We're also expecting to see a full set of operating system upgrades today, as Apple has been beta testing iOS 9.3, OS X 10.11.4, tvOS 9.2, and watchOS 2.2 for several months now. Today's event is being held at the Town Hall auditorium on Apple's headquarters campus in Cupertino.

Apple is providing a live video stream on its website and via Apple TV. 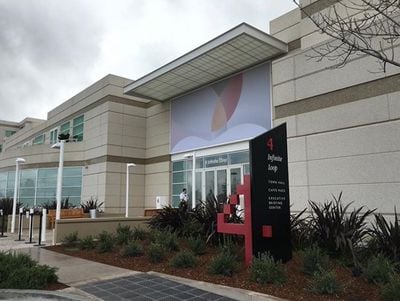 Photo via Howard Gonzalez
In addition to Apple's video stream, we will be updating this article with live blog coverage and issuing Twitter updates through our @MacRumorsLive account as the keynote unfolds. Highlights from the event and separate news stories regarding today's announcements will go out through our @MacRumors account.
Sign up for our newsletter to keep up with Apple news and rumors.

Apple's online stores around the world are currently down in advance of the event.

10:05 am: Cook walks off stage, concluding today's event. Be sure to visit the MacRumors front page and forums for the latest news and discussions about today's announcements.

10:04 am: Cook says Apple is looking forward to moving to its new campus in 2017 to begin its next 40 years of history. He thanks everyone in attendance.

10:03 am: Tim Cook: "This is probably the last product introduction in the Town Hall ever."

9:59 am: The new iPad Pro will be available for pre-order on March 24. That's this Thursday.

9:54 am: The tablet supports many other accessories through its Smart Connector. Also adapters and peripherals such as a USB Camera Adapter and SD Card Reader.

9:50 am: The new 9.7-inch iPad Pro has a True Tone display. Two new four-channel ambient light sensors that measure the color temperature of ambient light, and adjusts the display to match.

9:48 am: The new iPad Pro is "the ultimate PC replacement." There are over 1 million apps in the App Store to take advantage of.

9:47 am: Schiller: 600 million PCs in use today that are over 5 years old. "These people could really benefit from an iPad Pro."

9:47 am: Schiller believes this new iPad Pro will be the "ultimate upgrade" for those customers. Also for Windows PC users.

9:44 am: Cook brings up Apple marketing chief Phil Schiller to talk about what's next for iPad.

9:43 am: iOS 9.3 is available as a free update for everyone beginning today.

9:43 am: Apple reiterates that over 100 CarPlay vehicles are available around the world. More are coming. Joswiak is going over CarPlay improvements in iOS 9.3.

9:40 am: Apple VP Greg Joswiak is talking about iOS 9.3 features such as Night Shift.

9:34 am: iPhone SE has a 4-inch screen. A9 chip performs on the same level as the iPhone 6s. Double the speed of the iPhone 5s.

9:33 am: Apple introduces the iPhone SE.

9:30 am: Cook is running through existing features of the new Apple TV.

9:25 am: Apple Watch is #1 selling smartwatch. #1 in customer satisfaction.

9:24 am: CareKit is open source and available in April.

9:24 am: CareKit on iPhone has a care card, symptom and measurement tracker, and the ability to share your information with family and medical professionals.

9:22 am: CareKit is a framework for developers to build apps that "empower people to take an an active role in their care."

9:20 am: A heartfelt video was played on stage explaining how ResearchKit has transformed research and medicine.

9:15 am: Cook invites Apple COO Jeff Williams on stage to talk about health initiatives such as ResearchKit.

9:12 am: Apple introduces Liam, a robot that can break down and separate recyclable materials in iPhones for future use. Video demo shown on stage.

9:09 am: Jackson is running through some examples of Apple's renewable energy initiatives in place such as China and Singapore.

9:07 am: "Our goal is to become 100% renewable in 100% of our operations worldwide. That's all of our offices. All of our retail stores. And every single one of our data centers."

9:04 am: Cook brings up the ongoing Apple-FBI debate. He says it is important for Americans to "join in the conversation." Apple is grateful for the "overwhelming support" it has received from customers around the world.

9:03 am: Cook reiterates that there are more than 1 billion active Apple devices right now.

9:01 am: Apple event begins with a video showcasing the company's 40-year history.8:55 am: Apple's web stream is now live with Beats 1 music playing in the background. Tip: you need to be using Safari or Microsoft Edge.

8:35 am: Media are now being let into the Town Hall auditorium.8:14 am: Photo by Chris Ciaccia

8:10 am: Media and guests are getting registered and taking advantage of Apple's food and drink selections.

profmatt
Wow. I cannot believe how ungrateful you people are.

Did you not read the information? Did you not see the incredible technological and design achievement?

PoppaKap
Apple should've just skipped the event and updated the website with these products.
Score: 16 Votes (Like | Disagree)

WHY the bitching and/or gloom and doom conclusion jumping? S***'s annoying, and makes people look like whiny, entitled kids.

Personally, I don't think it is whiny or unreasonable to expect Apple to introduce MacBook Pros with the new Skylake processors when all of their competitors did it 5 months ago. I think it is a legitimate criticism.
Score: 12 Votes (Like | Disagree)

Wow, that must go down in history as THE dumbest thing anyone has ever said about computing......!
Score: 11 Votes (Like | Disagree)
Read All Comments