Monday December 19, 2016 8:41 am PST by Joe Rossignol
AirPods have officially launched in the United States and Canada, as Apple Stores begin to open with limited stock available on a first come, first served basis.

As seen in Europe earlier today, customers lined up at a number of Apple retail locations from coast to coast for a chance to purchase AirPods in time for the holidays. The all-new wire-free earphones launched online last week, but supplies depleted quickly and orders now face a 6-week shipping estimate. 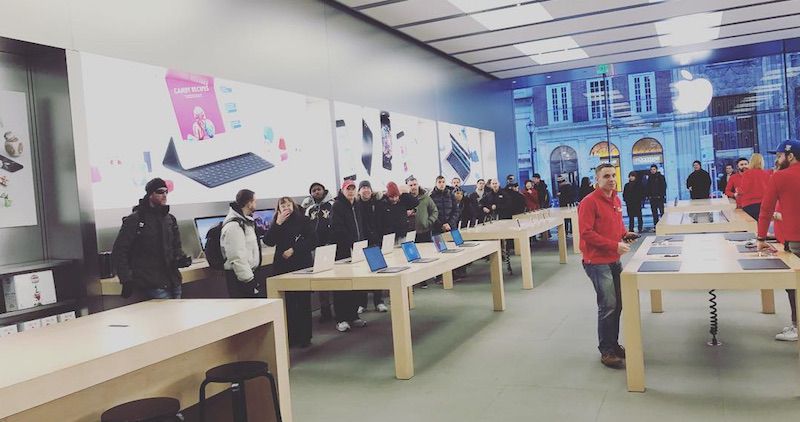 Meanwhile, customers are lined up at Apple Palo Alto and other west coast stores as limited stock appears to be readied for those queued.

In-store stock is unsurprisingly depleting quickly due to a combination of limited stock—under 100 units in most stores—and strong demand. MacRumors reader Chris told us the Apple Store in Knoxville, Tennessee only received one pair of AirPods today, while many other locations have already sold out for the day.

"About a dozen people in line at Sherway Gardens," said one Reddit user, referring to a shopping mall in Toronto. "Staff said they got 40 or so pair." Another user said he was third in line at the Apple Store in Square One, a shopping mall in nearby Mississauga. "Only a small crowd of 10. Employee claims 50-60 units in stock."

Apple's in-store Personal Pickup tool has yet to be added to the AirPods product page, so customers would be wise to call their local store ahead of time to confirm availability before making the trip. Apple appears to have set a typical limit of 2 AirPods purchases per customer in stores. 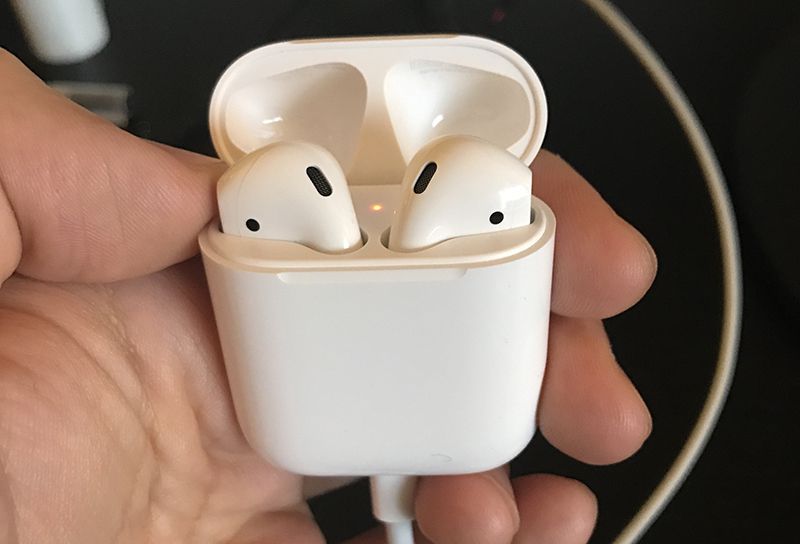 Lucky customers who ordered online within the first hour or so last week are beginning to receive their AirPods today too. The most common delivery estimates are Tuesday, December 20 and Wednesday, December 21, but some customers in the United States in particular have received their orders today.

Apple Stores will continue to receive "regular shipments" of AirPods. Apple authorized resellers and major carriers will begin receiving limited AirPods stock this week as well, so customers still on the lookout may wish to call or check with their local Best Buy, for example, in the United States and Canada.

Col4bin
Honestly, I love Apple as much as anyone on this board, but I'm a bit mystified by all the hype surrounding this product. What am I missing? o_O
Rating: 57 Votes

Honestly, I love Apple as much as anyone on this board

Then it's not for you then.

A lot of people are off from work the week leading up to Christmas, and not everyone works in the morning.
Rating: 23 Votes

Apple social hysteria marketing fervor? I mean, they are basically earrings. I guess everyone wants them...cool?


A. They aren't earrings... they go IN your ears and play audio... they are HEADPHONES.
B. Apple didn't invent computers, smartphones, phones, tablets nor headphones, they just made them better.

Why are you here if you hate Apple so much?
Rating: 21 Votes

Nothing. If you are not excited about this product, it's not for you then.
Rating: 18 Votes


I never understand why people get so pissed off about this.

Not everyone works M-F 9-5. And even if someone does take a day off to stand in line, seriously...


Maybe they don't work 9-5 Monday through Friday or have earned vacations days they have to use by the end of the year. By the way, how are you commenting....shouldn't you be working right now?
Rating: 10 Votes

via Siri you can control the volume.


But what if you're socially nervous and would rather change the volume discreetly? I usually turn volume way down before walking into a building or public transport, I get super self conscious about other people hearing my music because I absolutely hate it when I can hear someone else's. It's such an obnoxious thing.
Rating: 10 Votes


Well, let me help explain something to you. What you want and feel about a product doesn't mean that everyone else feels the same way. Obviously you don't get it because you don't want it. But many others do. Try to think a little more globally.

I'll just wait for the next iPhone and get them then.


What does the next iPhone have to do with these airpods?


Not everyone works every day. I often work a weekend and have some weekdays off. Like today.
Rating: 8 Votes