Apple has announced AirPods will be available for purchase at Apple Stores, authorized resellers, and select carriers next week, providing customers who did not quickly pre-order with a chance to buy the wireless earphones before the end of the year. Apple said stores will receive "regular AirPods shipments." 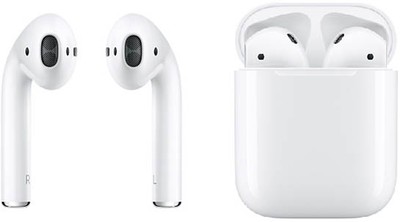 AirPods launched on Apple's website earlier today for $159. The all-new wireless earphones had an initial delivery estimate of around December 21 for many customers in the United States, but that date quickly slipped, and Apple is now quoting "4 weeks" for orders yet to be placed on its U.S. storefront.

AirPods are also estimated to ship in 4 weeks in Canada, where they are priced at $219. In Australia ($229) and the United Kingdom (£159), customers can still get earlier December 19 delivery as of the time this article was published. In Singapore, customers can get AirPods delivered by December 22 for $238.

In the Eurozone, AirPods cost €179. In Finland, France, Germany, Italy, Spain and the Netherlands, customers face a two-week wait for AirPods. Sweden, Denmark, Norway, and Japan also have 2-week estimates. In Hong Kong, it is 4 weeks. AirPods are available in more than 100 countries overall.

7 Billion people in the world and you can't wrap your head around why some would want these based only on your personal experience. You need to expand your mind.
Score: 28 Votes (Like | Disagree)

patseguin
I can't even fathom why anyone would want these. Normal earbuds fall out of my ears with the slightest movement and these appear just as bad.
Score: 26 Votes (Like | Disagree)

All anecdotal information you stated, based off your experience and these can't Be classified as "Bad" until you try them first. And yes, plenty of customers want these, hence they are booked out past Mid January.
Score: 19 Votes (Like | Disagree)

iHat™®
If Apple made hats they would all be size 7-1/4, because that is the perfect size. It would not have a bill in front because Apple thought you didn't need it. If it didn't fit, you would buy it anyway because Apple knows what you want.

To be fair, a lot of that is the cord. Also to be fair, I have no idea why anyone would want these even if they don't fall out super easily.
Score: 10 Votes (Like | Disagree)

Tuesday May 4, 2021 9:51 am PDT by Juli Clover
Just after Apple announced its AirTags, Tile CEO CJ Prober relayed his concerns about competing with Apple in the tracking space, and said that Tile would ask Congress to investigate Apple's business practices specific to Find My and item trackers. Prober this week did an interview with Bloomberg, where he further expanded on Tile's complaints about Apple and why he feels that Tile is...
Read Full Article • 446 comments