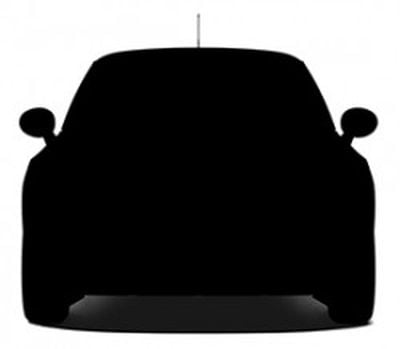 The operating system is described as the "software core" of a future car platform, similar to iOS or macOS Sierra. It would be the base used to power other software, such as a self-driving car program that's being developed by a separate Apple team or a rumored heads-up display feature.

The autonomous software was only one of many features once planned to run on the car operating system. For example, Apple engineers envisioned a heads-up display showing apps such as maps that could be manipulated by the company's voice-based digital assistant Siri, according to a person familiar with the matter.

The BlackBerry employees, who work with dozens of other software engineers at the Canadian location, formerly developed the BlackBerry QNX platform, which powers many in-car infotainment systems. Among those employees is Dan Dodge, who ran BlackBerry's automotive software division and developed QNX before he joined Apple in July. Dodge is said to have a key role overseeing the development of the software project.

While the Canadian team is developing Apple's in-car software platform, several other "Project Titan" teams are working on other features. A self-driving platform simulation group, which includes VR expert Doug Bowman, has created simulators that use virtual reality to test Apple's self-driving software, for example.

Over the course of the last few months, Apple's car project has shifted focus from building a vehicle to developing a self-driving car system. Apple is said to have shelved its car plans "for now," and is instead working on a software platform that could allow it to partner with existing carmakers or return to developing its own car in the future.

Hundreds of employees on the car team have been reassigned, laid off, or have left the company since August, just a few months after longtime Apple executive Bob Mansfield took over the project. Apple has continued hiring for new software-related positions, however, and executives have given the automotive team until late 2017 to "prove the feasibility" of a self-driving car platform.

Rogifan
For who? Automakers don't need Apple to build this for them. If Apple isn't building this for their own hardware it's DOA IMO.
Score: 4 Votes (Like | Disagree)

Sorry fanboys and dreamers. The Apple Car is DEAD. There is no way any car company wants to pay a royalty to Apple.

The only way an Apple car will appear is if Apple purchases an existing manufacturer.

Kinda how the smartphone market was dead in 2006 and apple was too late to the feature phone market?
Score: 3 Votes (Like | Disagree)

For who? Automakers don't need Apple to build this for them. If Apple isn't building this for their own hardware it's DOA IMO.

Yep, at least if the target is to make an actual car OS, not just an entertainment center OS. Apple has zero rep as a hard real time OS source, and you need 100% reliability if you want to design autonomous driving code. Not to mention long term support and legal liability.

However, if it's just entertainment and/or visuals, then those ex-BB QNX guys could no doubt give Microsoft's Sync a real run for its money.

No matter what, I just hope there's a lot less emphasis on touchscreen controls. Vehicles need physical buttons and knobs that you can use without having to look.
Score: 2 Votes (Like | Disagree)

JeffyTheQuik
I loved working in QNX. Used it on semiconductor manufacturing equipment, where timing of gas flows was everything.
Score: 2 Votes (Like | Disagree)

With the inherent safety of a self driving car, regulators will be relaxing the safety standards.
No more bumpers or seat-belts or safety glass, speed limits. Designers will have limitless freedom.

As long as there is one car left on the road that is human driven and can crash into you your car will need bumpers and seat belts too. So yeah your dream will just stay a dream.

You remind me of the magazines from the fifties where people thought we will have nuclear powered planes and flying cars by the seventies! LOL
Score: 1 Votes (Like | Disagree)

pike908
Sorry fanboys and dreamers. The Apple Car is DEAD. There is no way any car company wants to pay a royalty to Apple.

The only way an Apple car will appear is if Apple purchases an existing manufacturer.
Score: 1 Votes (Like | Disagree)
Read All Comments

Saturday February 4, 2023 10:05 am PST by Eric Slivka
Online retailer TigerDirect has slashed pricing on the M1 iPad Air in several colors, offering the base 64GB configuration for just $313.99 in Purple and Pink. Note: MacRumors is an affiliate partner with TigerDirect. When you click a link and make a purchase, we may receive a small payment, which helps us keep the site running. That's a savings of 48% compared to Apple's normal $599.00...
Read Full Article • 375 comments

Sunday February 5, 2023 6:07 am PST by Joe Rossignol
Apple has discussed selling a new top-of-the-line iPhone alongside the Pro and Pro Max models in 2024 at the earliest, according to Bloomberg's Mark Gurman. Based on this timeframe, the device would be part of the iPhone 16 lineup or later. In a September 2022 edition of his weekly "Power On" newsletter, Gurman said there was "potential" for an iPhone 15 Ultra to replace the iPhone 15 Pro...
Read Full Article • 329 comments

Saturday February 4, 2023 1:30 am PST by Hartley Charlton
Google's Chromium developers are working on an experimental web browser for iOS that would break Apple's browser engine restrictions, The Register reports. The experimental browser, which is being actively pursued by developers, uses Google's Blink engine. Yet if Google attempted to release it on the App Store, it would not pass Apple's App Review process. Apple's App Store rules dictate...
Read Full Article • 242 comments