Wednesday September 28, 2016 12:23 pm PDT by Juli Clover
Apple today announced an enterprise partnership with Deloitte, which will see Deloitte creating an Apple practice with more than 5,000 "strategic advisors" focused on providing businesses with guidance on how to "change the way they work," updating technology on all of their systems, from retail to R&D to inventory management.

The two also plan to create a new service from Deloitte Consulting called "EnterpriseNext," which will help Deloitte clients "fully take advantage" of the iOS ecosystem, from hardware to software.

"As the leader in digital transformation strategy, Deloitte is an ideal partner that brings a team of Apple-dedicated strategic advisors to help clients truly revolutionize how they work using iOS, iPhone and iPad," said Tim Cook, Apple's CEO. "iPhone and iPad are transforming how people everywhere get work done. And through this partnership, we're able to help even more businesses tap into the incredible capabilities that only the Apple ecosystem can deliver."

EnterpriseNext will offer expertise to businesses across more than 20 industries, providing guidance on how to take advantage of iOS devices, offering workshops on creating iOS solutions, and developing full native apps for businesses from Deloitte Digital Studios.

- EnterpriseNext Value Maps for iOS to help them discover the highest impact possibilities for iPhone and iPad within their industries, align their mobile opportunities and prioritize digital resources;
- EnterpriseNext Workshops for iOS to quickly take ideas from prototype to custom-built iOS solutions; and
- iOS architects, designers and engineers - housed within Deloitte Digital Studios around the world - to help produce easily deployable, high-quality native apps that integrate seamlessly with existing business platforms including ERP, CRM, analytics and HR.

Apple has been ramping up its efforts in the enterprise market over the past few years, first teaming up with IBM to get iPads and iPhones into the hands of businesses and help them to develop a range of custom apps. Apple has also partnered with Cisco and SAP to offer the necessary tools and integrations to make it easy for companies to adopt iOS devices.

LOL. I spit out my coffee :p

No, I think Apple wants to promote their iPad and Phones. Sadly I think the Mac Pro is dead :(
Rating: 4 Votes


There's a reason people hate Deloitte. They're a ****** company, terrible to work for (mandatory 50 hour work weeks, mandatory community cleanup weekends, the whole "you have to work over your 100% allotted hours" garbage, and their contractors who, like you stated, are very good at running projects into the ground.

They're like a puppy mill for developers.
Rating: 3 Votes

I dont like this move. Stick to your core-business Apple.

If Apple stuck to its core business back in the day, we'd never see an ipod, iPhone or iPad. In fact Macs would have been marketed exclusively to the graphical designers, and few others.

Apple's success is tied directly to the fact, they went into markets that were NOT their core business.
Rating: 3 Votes

Congratulations! I worked in their mid market consulting practice out of college and really enjoyed it. Wonder if they'll send you to their big training facility in Westlake, TX?


Deloitte University. They should, I believe all new staff spends the first week in Welcome 2 Deloitte at a local office, and the second week for their service line training at DU. Gotta be careful though, you will gain weight there, I know I did... Three words, Mac n' Cheese.

No matter how many big companies Apple partner with, it's now too late to change its final fate of dwindling down to low-single-digit market share, just like how its Mac line did in the 1990's.

Since 4 or 5 years ago I've been saying that it'll happen, if Apple doesn't radically change its course. Now, it's already too late, no chance to bail out.


Not sure where you get that from. iOS owns the enterprise. Within my firm we are almost completely iOS, and every client I have worked with is iOS. The only time I see android is when dealing with IT. Beyond that, most of these people have personal phones too, and they too are overwhelmingly iOS. Android may be winning in the lower markets, but where the money is, iOS owns it. Most internal applications we have are iOS first.
Rating: 2 Votes

Im just asking this now because i know it is bound to come up at some point.

I'd be happy if Apple decided to go into the enterprise world.
Rating: 2 Votes

Congratulations! I worked in their mid market consulting practice out of college and really enjoyed it. Wonder if they'll send you to their big training facility in Westlake, TX?

Deloitte University? They sent me there last summer as an intern. It's really really nice! I'm probably going back this year sometime.
Rating: 2 Votes

MultiMediaWill
I start my first day of work at Deloitte this upcoming Monday as a tax consultant :)
Rating: 2 Votes

I dont like this move. Stick to your core-business Apple.


Do what you do best. 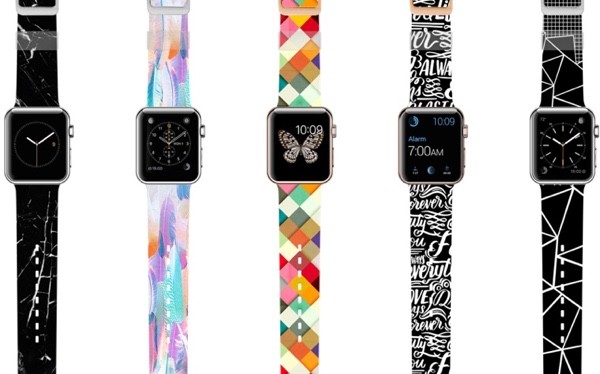 mcfrazieriv
Apple is indeed taking over the world.
Rating: 2 Votes