Apple Music for Android today surpassed 10 million downloads on the Google Play store, nearly ten months after it was released on the platform. Specifically, the app's total number of installs is now between 10 million and 50 million, up from between 5 million and 10 million, as of some point in the past day. 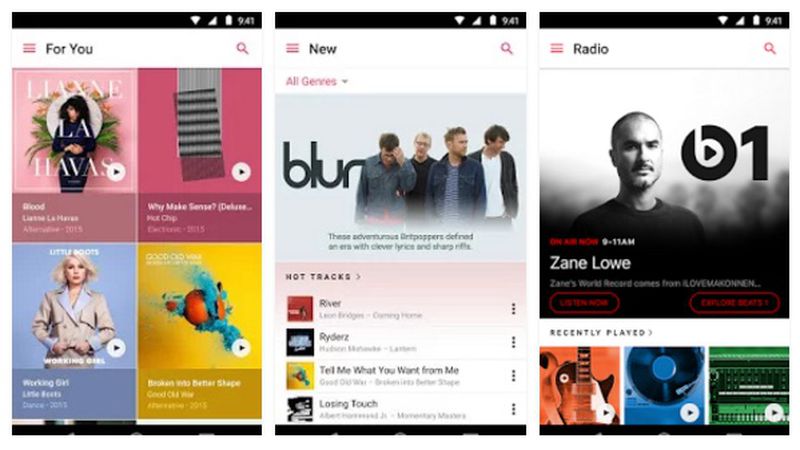 Apple Music expanded to Android in November 2015, around four months after the streaming music service debuted on iPhone, iPad, and iPod touch. The app, which is no longer in beta as of August, has a similar design and features as its iOS 9 counterpart, including the same three-month trial and prices.

Apple Music for Android is available as a free download on Google Play for devices running Android 4.3 or later.

JackieInCo
I do like it better then Google Music. I have the AM app on all my Android phones.
Rating: 5 Votes

CEmajr
How long will Spotify survive at this rate?
Rating: 4 Votes

But will the Android app be updated to reflect the iOS 10 version...??? :/ we haven't seen any leaks or heard any rumors about that at all

lolkthxbai
But will the Android app be updated to reflect the iOS 10 version...??? :/ we haven't seen any leaks or heard any rumors about that at all
Rating: 3 Votes

thekeyring
The reviews on the Play Store seem pretty fair. Has anyone noticed the reviews for 'Move to iOS' ?
Rating: 2 Votes

Oh, so they do like it? Blow me down.

Honestly, it really shouldn't. When you remove the very loud, very vocal minority of fanboy ratings, the app's true appeal materializes. Those fanboys include the Android idiots who would give the app a 1 just because, and the Apple jackwagons who would give it a 5 cuz reasons. Both factions are useless and serve no purpose worth noting. The 3.3 rating is fair imo. It's decent, not great. I chose Play Music family because it has a better bang for the buck with Youtube Red and the ability to run through a web app <-- Apple Music really should have had this already.
Rating: 1 Votes

Maybe when iOS 10 comes out?


I'd like to think that's when Apple updates all of its apps.

iOS release days are usually known for
[LIST=1]
* Everything updates. EVERYTHING (I remember when iOS 7 came out I had 12 apps to update in a span of an hour)
* Apple is usually good at updating its apps so most likely it's Android apps as well
* Also if you are using college wifi and somebody catches wind that theres an iOS update out. Well r.i.p any productivity you want to get done. ButThatsJustMe

dumastudetto
Many of these Android users will switch to iPhones eventually now they've had a taste of the good stuff.
Rating: 1 Votes

OTACORB
I have tried Google Music because of the fact that you get YouTube Red as part of the deal, but Google is just crap when it comes to the music service. I even did the 4 months free deal, trying to get use to it, but I just don't like the IOS app at all. The sad news is it isn't much better on Android.

Apple now with the annual $99 music card, puts the service at about $8.25 per month or 2 months free. If you switch to Apple Music and do the 90 days free, you basically end up with 15 months of music for $99. Not Bad!

I have actually used the Apple App on Android and I found it worked pretty smooth. If I was running Android I could certainly deal with it over Google Music.
Rating: 1 Votes
[ Read All Comments ]