Apple is launching its first major app for Android devices today, expanding its Apple Music platform to Android-based smartphones and tablets. With the introduction of a beta Apple Music app for the Google Play Store, Android users will be able to subscribe to the Apple Music streaming service, listen to Beats 1 radio, and access the Apple Connect artist-based social network.

The new Apple Music app is available from the Google Play store and requires Android 4.3 or later. It's available in all of the countries where Apple Music for iOS is available, with the exception of China. Apple Music includes the same three-month trial for Android users and it is priced the same - $9.99 for an individual plan and $14.99 for a family plan.

Image via TechCrunch
TechCrunch spoke with Eddy Cue about the launch of the new Android app for Apple Music, who said Apple's decision to create an Apple Music Android app was based on a desire to let people enjoy music "no matter where you were and what products you were using." Apple wants "everyone in the world" to be able to try Apple Music, including those in areas where Android devices remain more popular than iOS devices.

Apple Music for Android offers a design that's similar to the iOS version, but as it's a beta, it does not yet include Music Videos or the ability to sign up for a family membership within the app. Family memberships will need to be purchased on an iOS device. According to Cue, Apple Music is "a full native app" that will "feel very much like an Android app."

"We wanted customers on Android to naturally be able to use it -- what they've learned and how they interact is common. Things as simple as [that] the share icon looks like an Android share icon; the menu structure being where it is; these are things that most Android customers are familiar with. We wanted to make sure that they felt very familiar with Apple Music when they sat down to use it."

Apple Music is not Apple's first app for Android, but it is the most significant. Apple previously released a "Move to iOS" app that helps Android users transition to the iPhone, and it's launched an Android app for controlling the Beats Pill+ speaker. All of Apple's Android apps have come in the last few months, signaling its willingness to expand beyond the iOS ecosystem for the first time. 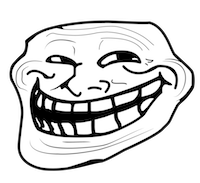 Great that Android users can now enjoy the best music service on the planet.

For real, the other two apps are at 2-star ratings and you can tell there's a clear bias towards the app from the negative reviews based on the content of the reviews themselves.

At least Apple used Android's design. Google on the other hand is insistent on shoving material design down our throats. Whether one prefers that to iOS isn't the point. If you're designing an app for iOS it shouldn't look like Android.
Score: 14 Votes (Like | Disagree)

deejaykorn
I wish the iOS version had an option like the Android version to control the cache size.

Friday January 22, 2021 3:34 am PST by Tim Hardwick
Apple is working on a "thinner and lighter" version of the MacBook Air that the company plans to release during the second half of this year at the earliest or in 2022, according to a new report by well-connected Bloomberg journalist Mark Gurman. It will include Apple's MagSafe charging technology and a next-generation version of the company's in-house Mac processors. Apple has discussed...
Read Full Article • 155 comments

Saturday January 23, 2021 6:00 am PST by MacRumors Staff
We continued to hear a lot more about Apple's plans for its Mac lineup this week, including word of a high-end redesigned MacBook Air and the return of an SD card slot as part of the upcoming MacBook Pro redesign. It also sounds like Apple has been working on Face ID for Mac, but it won't be appearing in a redesigned iMac this year as originally planned. This week also saw rumors about the...
Read Full Article • 51 comments

Thursday January 21, 2021 11:58 am PST by Juli Clover
Apple's upcoming iOS 15 operating system, which we expect to see unveiled in June, is rumored to be dropping support for a few of Apple's older iPhones. According to French site iPhoneSoft, iOS 15 will not be able to be installed on the iPhone 6s, the iPhone 6s Plus, or the 2016 iPhone SE, all of which have an A9 chip. The iPhone 6s and 6s Plus were introduced in 2015 and are now more...
Read Full Article • 197 comments

Friday January 22, 2021 7:50 am PST by Joe Rossignol
Last week, reputable analyst Ming-Chi Kuo outlined his expectations for new 14-inch and 16-inch MacBook Pro models later this year, including the return of the MagSafe charging connector, the removal of the Touch Bar, a new flat-edged design, and the return of more ports built into the notebooks for expanded connectivity. A concept of a modern MacBook Pro with an SD card reader Kuo did not...
Read Full Article • 469 comments

Friday January 22, 2021 2:34 pm PST by Juli Clover
Samsung in January unveiled new flagship Galaxy S21 smartphones and alongside the new phones, introduced the $200 Galaxy Buds Pro, which are priced at $199 and offer Active Noise Cancellation. Subscribe to the MacRumors YouTube channel for more videos. These new Galaxy Buds Pro are clearly designed to compete with Apple's AirPods Pro, so we thought we'd compare the two sets of earbuds in our...
Read Full Article • 75 comments

Thursday January 21, 2021 10:14 am PST by Juli Clover
Apple today seeded the RC version of upcoming iOS 14.4 and iPadOS 14.4 updates to developers for testing purposes, with the new betas coming a week after Apple released the second betas. iOS 14.4 and iPadOS 14.4 can be downloaded through the Apple Developer Center or over the air after the proper profile has been installed on an iPhone or iPad. Paired with the HomePod 14.4 beta that is...
Read Full Article • 63 comments