NPR posted an audio interview with singer Barbra Streisand over the weekend, focusing on Streisand's North American tour of her new album Encore: Movie Partners Sing Broadway. In the middle of the 8-minute interview Apple gets mentioned briefly, specifically regarding the way that voice assistant Siri has mispronounced Streisand's name over the last five years.

Siri uses a hard 'z' sound when saying the second 's' in Streisand, so the singer took it upon herself to ask Apple CEO Tim Cook to get the company to correct the error in Siri's language. Cook was said to respond with an agreement to fix the issue in "the next update," supposedly referring to iOS 10. 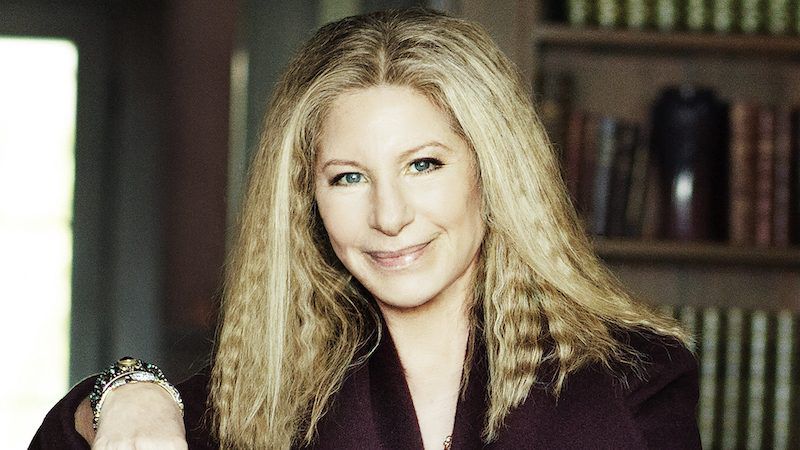 "She pronounces my name wrong. Streisand with a soft 's' like sand on the beach, I've been saying this for my whole career. And so what did I do? I called the head of Apple, Tim Cook, and he delightfully agreed to have Siri change the pronunciation of my name finally, with the next update on September 30th. So let's see if that happens, because I will be thrilled."

It's unlikely Cook so readily divulged the release date of iOS 10, which is expected to launch earlier than the date mentioned by Streisand. The release for the iPhone 7 and iPhone 7 Plus could be on September 16 or September 23, according to recent rumors, meaning iOS 10 would launch within a similar timeframe.

MRU
When you have so much ego you can worry about the asinine.... with a soft S of course.
Score: 19 Votes (Like | Disagree)

MacDawg
MR appears to be populated with the most unhappy, miserable, entitled whiners from everywhere on the planet
This lot will complain about any and everything
Score: 9 Votes (Like | Disagree)

Since you asked, now twice, who she is I'll be glad to post links for you (hey, if you can be snarky about her, I can be snarky in my response, huh?).

"Barbra Streisand is the highest-selling female recording artist of all time, and has won awards and acclaim in every medium that she's worked in." Named the best-selling female singer of the 20th century. She has sold more than 68 million records, with 47 Gold, 28 Platinum and 13 Multi-Platinum.

"After a 27-year absence, Barbra Streisand returned to the concert stage in 1994. Her performance resulted in the Top 10, million-selling album, The Concert. The tour itself generated over $10 million for charities, including AIDS organizations, women and children in jeopardy, Jewish/Arab relations, and agencies working to improve relations between African-Americans and Jews. Streisand's philanthropy and activism also extends to her Barwood Film's productions, such as The Long Island Incident, which inspired a national debate on gun control."

Tuesday March 31, 2020 10:22 am PDT by Juli Clover
Apple has acquired weather app Dark Sky, Dark Sky's developers announced today. Dark Sky is one of the most popular weather apps on the App Store, known for its accuracy and storm warnings. Our goal has always been to provide the world with the best weather information possible, to help as many people as we can stay dry and safe, and to do so in a way that respects your privacy. There is no ...
Read Full Article • 185 comments