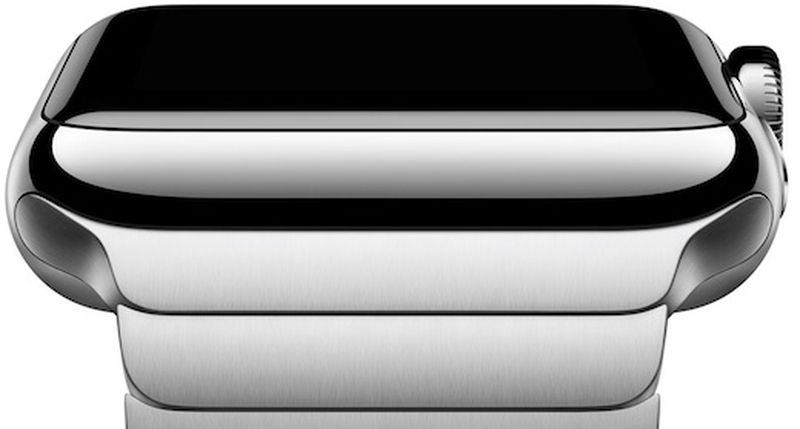 Kuo said the upgraded Apple Watch 1 models will not have a GPS, barometer, or other larger additions reserved for the Apple Watch 2, nor will the waterproofing improvements be as significant, suggesting only an incremental refresh of internal hardware. The watches are said to retain a similar form factor.

The well-connected analyst expects another Apple Watch price cut once the new models are launched, but he did not specify whether the reduction will apply to existing first-generation models, upgraded first-generation models, Apple Watch 2 models, or some combination of the three lineups. Apple lowered the starting price of the Apple Watch Sport to $299 in March 2016, a savings of $50 compared to the device's initial $349 launch price in April 2015.

Christoffee
I think Macrumors should do a sources roundup. Each place that rumours come from, and how often that source is correct.
Rating: 18 Votes

__dontpanic__
I might just buy one of these goddamn watches simply to watch the time goes by as I wait for MacBook Pro and Mac Pro updates...
Rating: 11 Votes

dannyyankou
I hope they let you buy just the watch casing by itself if you already have a band.
Rating: 11 Votes

thedeejay
What ever happened to the company that wanted a simplified product line. Apple Watch 1, Apple Watch 1 SE and Apple Watch 2 along with iPhone 7, iPhone 7 Plus and iPhone 7 Pro. Don't forget the iPhone 6, iPhone 6 Plus or the iPhone SE if you're looking to save some money.
Rating: 8 Votes

DakotaGuy
Apple sure is heading back to the Sculley days when it comes to trying to sell many different versions of overlapping products. At some point the consumer just gets confused. One of the first things Jobs did when he came back was simplify the product lines. Was the Sculley or Jobs approach better? I guess we will soon find out.
Rating: 7 Votes

This is the New Apple.... things can get a lot worse.. A lot if Tim isn't ousted ASAP!

Who cares, I want a new Mac Pro.


I could post that reply in every single thread on Macrumors and it would be completely appropriate.
Rating: 6 Votes


From the company that brought you the iPhone 5s reboot: the iPhone SE... Comes the revolutionary Apple Watch 2: featuring the Apple Watch 1 with some improved stuff...

Tickets to the unveiling selling fast!

PBRsg
Introducing the Apple redux package: the iPhone 7 (which is an iPhone 6SS) and an upgraded Apple Watch 1.
Rating: 4 Votes