Eddy Cue Says Apple 'Not Trying to Create TV Shows,' But Willing to Help Where Possible 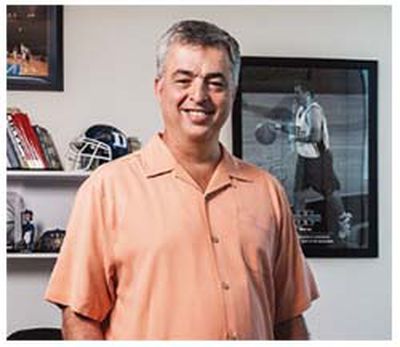 Apple executive Eddy Cue, who oversees services like the iTunes Store, Apple Music, Apple Pay, Siri, Maps, and iAd, sat down for a wide-ranging interview with The Hollywood Reporter about the future of Apple TV, the company's relationship with Hollywood studios, and more.

When questioned about the original programming space, Cue said Apple is not in the business of trying to create TV shows, nor is it trying to compete with the likes of Netflix or Comcast. Instead, he said Apple may "help" producers, as it is doing for Planet of the Apps.

Cue also downplayed rumors about Apple's interest in purchasing Time Warner, stating that the company is "not actively trying to buy any studio" right now.

In general, there's always a lot of speculation across many different companies, and some of that relates to the fact that we have a lot of money and so, therefore, we can afford to make acquisitions. So we have a lot of discussions with [Time Warner], but I don't want to speculate. We're not — at this point, certainly — actively trying to buy any studio.

Cue said Apple is only interested in entering the content space when the projects are tied to its existing products, which for now is Apple Music.

The rest of it is about giving [talent] a platform that allows them to be creative in new ways. If I was an agent, I would be very, very excited about what Apple is doing because it lets the people that I represent be able to do more.

Cue said he makes business trips to Los Angeles, where Apple has a growing team surrounding Apple Music and Beats, about five to six times per month. Apple's relationship with Hollywood, which began with Steve Jobs, is said to have "gotten better and better" over time as the industry warms up to Silicon Valley.

Yesterday, Apple posted an open casting call for its upcoming original TV show Planet of the Apps, an unscripted program about apps and the people who make them. The series will be spearheaded by executive producers will.i.am, Ben Silverman, and Howard Owens, with filming to take place in Los Angeles in late 2016 and early 2017.

well, it's not like you are trying to create a competitive phone either... so what are you doing?
Score: 14 Votes (Like | Disagree)

jlasoon
Is Eddy even trying to create anything these days?
Score: 11 Votes (Like | Disagree)

Ohhh Eddy, you need to go.

I'm so glad that the world is full of people who know how to evaluate talent so much better than those who are hired to run the richest company in the world.
Score: 10 Votes (Like | Disagree)

ARB4
Solid strategy (for the time being, at least). Let the major players in that space do what they do best, and focus on Apple being the premiere platform for distribution and consumption.
Score: 9 Votes (Like | Disagree)

The dream team. Together they have turned a company I admired into something I almost despise these days.
Score: 8 Votes (Like | Disagree)
Read All Comments