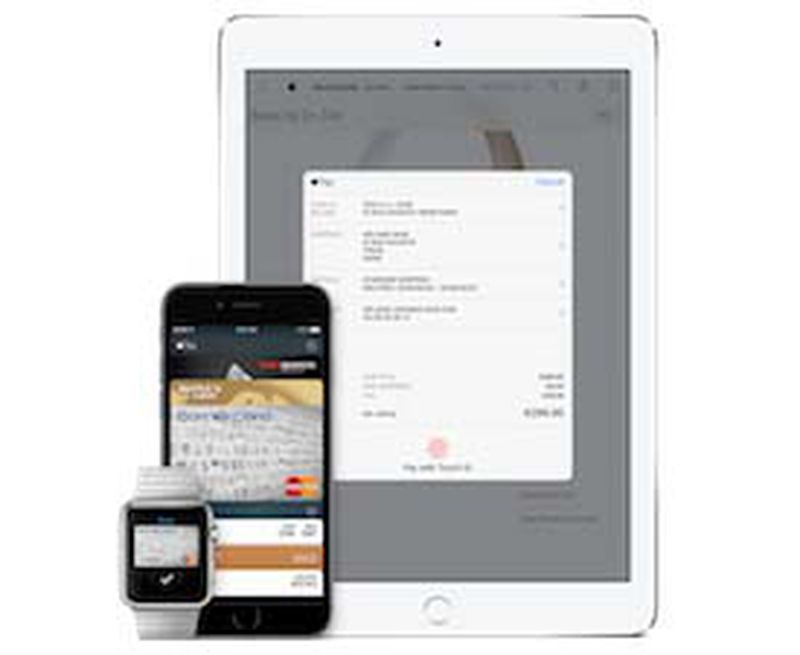 Apple Pay has launched in Switzerland today with support for MasterCard and Visa cards issued by Bonus Card, Cornèr Bank, and Swiss Bankers. Other banks and participating issuers will likely be added in the future.

Eligible cards can be scanned or added manually to Apple Pay by tapping the "Add Credit or Debit Card" option in the Wallet app on iOS 8.1 or later. Apple Pay is compatible with iPhone 6 or later, or iPhone 5 or later when the device is paired with an Apple Watch.

Yay! Apple Pay is available in Switzerland as from today #w pic.twitter.com/sLkqVD3T4h

Switzerland is the seventh country where Apple Pay is now available after the United States, United Kingdom, Australia, Canada, China, and Singapore. The service will also expand to France and Hong Kong later this summer.

venusboy
The Swiss I know hate using cards... they pay almost everything by cash.
Score: 3 Votes (Like | Disagree)

You are perfectly right, that's a joke... Bonuscards usually issues cards in partnership with other non-financial companies --such as SBB (national railways), etc.
Cornercard issues cards for Corner Bank and several other financial institutions that are too small to actually set up their own production (see PostFinance, etc) --and some other companies as well (DinersClub, Swiss airways, etc.).


But like you said the main consumer banks such as Credit Suisse and UBS are not supported. Nonsense.

I guess it has to do with the fact that UBS was developing its own Apple Pay-clone.

Gotta start somewhere. It's like how Australia and Canada only had AmEx for a bit until other banks gave in.
Score: 2 Votes (Like | Disagree)

Care to explain why Twint sucks?

- Fiddly.
- Slow.
- National solution unlikely to be picked up outside CH.
Score: 1 Votes (Like | Disagree)

Interestingly (or not) both Apple Pay on the US and Swiss site mention about Apple Pay in Safari but there's no reference over on the UK sub-site...

I noticed that too, I'm hoping it's just an oversight.
Score: 1 Votes (Like | Disagree)
Read All Comments

Monday April 6, 2020 2:56 am PDT by Tim Hardwick
Apple will announce a new 13-inch MacBook Pro in May with the codename J223, according to a rumor shared by YouTuber and leaker Jon Prosser. Note: it’s a refresh to the current 13” So the bigger 14” display upgrade is a big possibility— Jon Prosser (@jon_prosser) April 4, 2020 Analyst Ming-Chi Kuo has said Apple plans to release new MacBook Pro and MacBook Air models with scissor keyboards ...
Read Full Article • 156 comments

Saturday April 4, 2020 3:30 pm PDT by Frank McShan
iOS 14 could offer home screen widgets and wallpaper customizations for the first time, according to 9to5Mac and Twitter user DongleBookPro. Apple is reportedly working to implement widgets that can be moved freely around like icons on the iPhone and iPad homescreen for the very first time. The feature is reportedly codenamed "Avocado" and no other details are available. It was also...
Read Full Article • 283 comments

Monday April 6, 2020 4:38 am PDT by Tim Hardwick
Further references to Apple's upcoming low-cost iPhone have appeared online, one on a Chinese e-commerce website and another on Verizon's smartphone trade-in page. Spotted by tech blog MySmartPrice, Chinese retailer JD.com has published a placeholder for Apple's so-called "iPhone 9" that includes a teaser image of a veiled smartphone, but other than that it lacks any particularly revealing...
Read Full Article • 104 comments

Tuesday April 7, 2020 10:06 am PDT by Juli Clover
Apple today released iOS and iPadOS 13.4.1, minor updates that come two weeks after the release of iOS and iPadOS 13.4, major updates that introduced iCloud Folder Sharing, a new Mail toolbar, trackpad support for the iPad, and more. The iOS and ‌iPadOS‌ 13.4.1 updates are available on all eligible devices over-the-air in the Settings app. To access the updates, go to Settings > General...
Read Full Article • 76 comments