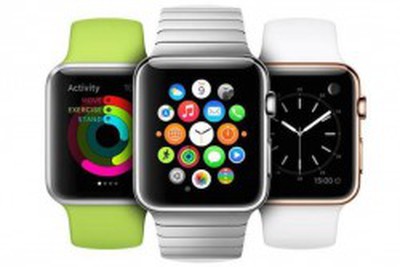 Apple may switch to micro-LED displays for the Apple Watch in the second half of 2017 at the earliest, moving away from the current OLED technology used, according to supply chain sources for Taiwanese website DigiTimes.

The timeline suggests that the much-rumored Apple Watch 2 lineup expected to debut in the second half of 2016 will continue to have OLED displays, with the move towards micro-LED panels liking occurring in tandem with the tentatively named Apple Watch 3.

Micro-LED displays can be thinner and lighter and allow for improved color gamut, increased brightness, and higher resolutions. The panels do not require backlighting like traditional LCD displays, but they can be difficult and expensive to mass produce. Micro LEDs range in size from 1-micron to 100-micron.

Earlier this year, KGI Securities analyst Ming-Chi Kuo said the Apple Watch 2 will mainly feature internal improvements, with more significant form factor design changes not occurring until 2017. By then, the switch to micro-LED panels and other technological advances could allow for a thinner Apple Watch.

Apple acquired micro-LED display maker LuxVue Technology in 2014, and one of the company's investors at the time said it had "a technical breakthrough in displays." LuxVue holds multiple micro-LED-related patents and, in 2013, it raised $25.2 million in funding to pursue the technology.

Apple also opened a facility in northern Taiwan last year, where it is believed to be focusing on micro-LED technology.

The current Apple Watch is the only Apple product with an OLED display due to its small size. The company continues to use LCD technology based on a TFT manufacturing process for iPhones, but widespread rumors suggest Apple will release its first OLED-based iPhone as early as September 2017.

The Apple displays seem to be of high quality to me. However, I have seen several other mobile devices with colors that pops. My understanding is that OLED had the better color gamut and that is why most other mobile devices use them. Maybe Apple has been waiting to move to the micro-LED, i don't know, but it would be nice to see some of that pop in an iphone.

If Apple didn't care about colour accuracy and instead set the default iOS display profile to be the equivalent to DYNAMIC then things would pop as well. If you take something like the S7 and set it's display profile to the more accurate setting, it's very close to the 6S. There's something to be said for accuracy of pop, although I know a fair number of people that would rather insane + inaccurate colors :p
Score: 13 Votes (Like | Disagree)

naeS1Sean
Nah. They'll probably go back to the screens that were on the gray Nokia phones with the snake game on them. Please someone know what I mean.
Score: 11 Votes (Like | Disagree)

Please Apple make different versions and not just thinner ones but also more heavy and thicker for the guys who like a watch that casts a shadow !

Yes, Apple need to make a Sport watch that is a Sport watch, and a Chronograph style watch that is that, and a dress watch that resembles that. Just making the same watch in different materials with different bands and calling them unique names isn't enough. There needs to be functional difference and look to each line, not this cookie cutter crap.
Score: 5 Votes (Like | Disagree)

Funny how everyone talks about Apple's need to switch to OLED, while Apple has what might be a better alternative. Certainly micro-led will be a differentiator until Samsung reads this and decides to start work on copying Apple.

Could not agree more. Seems a lot of people still spout the reflexive OLED is best mantra.

Yet the recently released 9.7" iPad Pro has a new display which DisplayMate tested and said:
"The display on the iPad Pro 9.7 is a Truly Impressive Top Performing Display and a major upgrade to the display on the iPad Air 2. It is by far the best performing mobile LCD display that we have ever tested, and it breaks many display performance records."

Apple knows what they are doing with respect to display tech.
Score: 5 Votes (Like | Disagree)

I think you'll find that Apple pays more for its parts than their competition. That will require you to research, I know.
[doublepost=1466780651][/doublepost]

The Apple displays seem to be of high quality to me. However, I have seen several other mobile devices with colors that pops. My understanding is that OLED had the better color gamut and that is why most other mobile devices use them. Maybe Apple has been waiting to move to the micro-LED, i don't know, but it would be nice to see some of that pop in an iphone.

OLED does not have a better color gamut. Apple's displays have nearly always been the most accurate, no matter what the technology. Colors popping is not a result of accuracy.
Score: 4 Votes (Like | Disagree)
Read All Comments