Spotify has upgraded its family plan to directly match Apple Music's offering, with up to six Premium accounts per family now available for $14.99 a month (via The Verge).

Spotify says users under the family plan will receive their own separate premium accounts and have full access to Spotify's library of songs and videos. Existing subscribers meanwhile will automatically be upgraded to the new plan and should receive a lower bill in the next month. The plan rolls out globally today, except for users of the music streaming service residing in Canada.

The move follows in the footsteps of Google Play, which matched Apple Music's family plan in December. 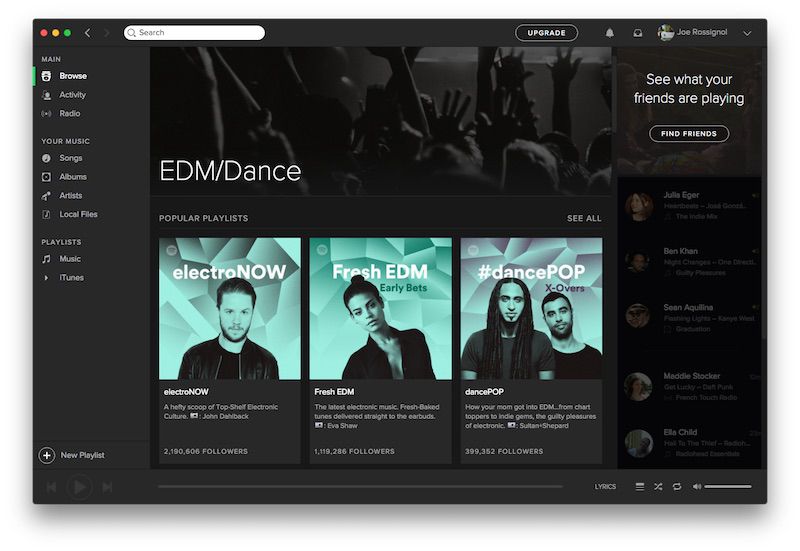 Earlier this month Spotify claimed it had experienced a faster pace of growth since the launch of Apple Music, reaching 30 million paying subscribers compared to the 20 million it had when the rival service launched last June. In April, Apple claimed 13 million subscribers, up from 11 million users in February.

At the beginning of May, Apple introduced a 50% discount for all student subscribers to Apple Music, offering those eligible a $4.99 per month deal. Apple Music is widely expected to see a design overhaul in time for WWDC this year, due to be held June 13–17 in California.


You do realize they're FOLLOWING Apple and Google in this case, right?
Rating: 8 Votes

chrismail627
All this competition is good for the consumer. Apple needs this to keep them on their toes.
Rating: 7 Votes

maxsix
Nimble and aware, Spotify continues to lead. Apple may be the wealthiest, but they're blinded by the narcissism they're afflicted with.
Rating: 7 Votes

Apple should have bought Spotify in their infancy. Spotify are leagues ahead of the competition. Love how Spotify works seemlessly over all devices and any device can control another. Fantastic! My iPhone can control Spotify on my Mac Mini. It's fab!
[doublepost=1464016487][/doublepost]

You do realize they're FOLLOWING Apple and Google in this case, right?

Only in pricing. Apple are miles behind Spotify.
Rating: 5 Votes

It shouldn't be $10. Especially not with 6 accounts having access for $15. It also shouldn't be as expensive as Netflix.

I would do what Tidal does. Offer a discount for 6 months. Or even a year. But $10 a month for a single user is too much IMO.

blairh
Really proves what a ripoff $10 for one user is.
Rating: 4 Votes

smacrumon
Race to the bottom. This can only be bad news for original artists trying to make it.
Rating: 3 Votes

dxmac99
Under tim cook, soon apple will be irrelevant, to most of the things we care...

Sheza
This is great news! And a bit bad for Apple - their heavyweight competitor now has something that initially set Apple apart, just after Apple played catch-up for students.
Rating: 2 Votes
[ Read All Comments ]