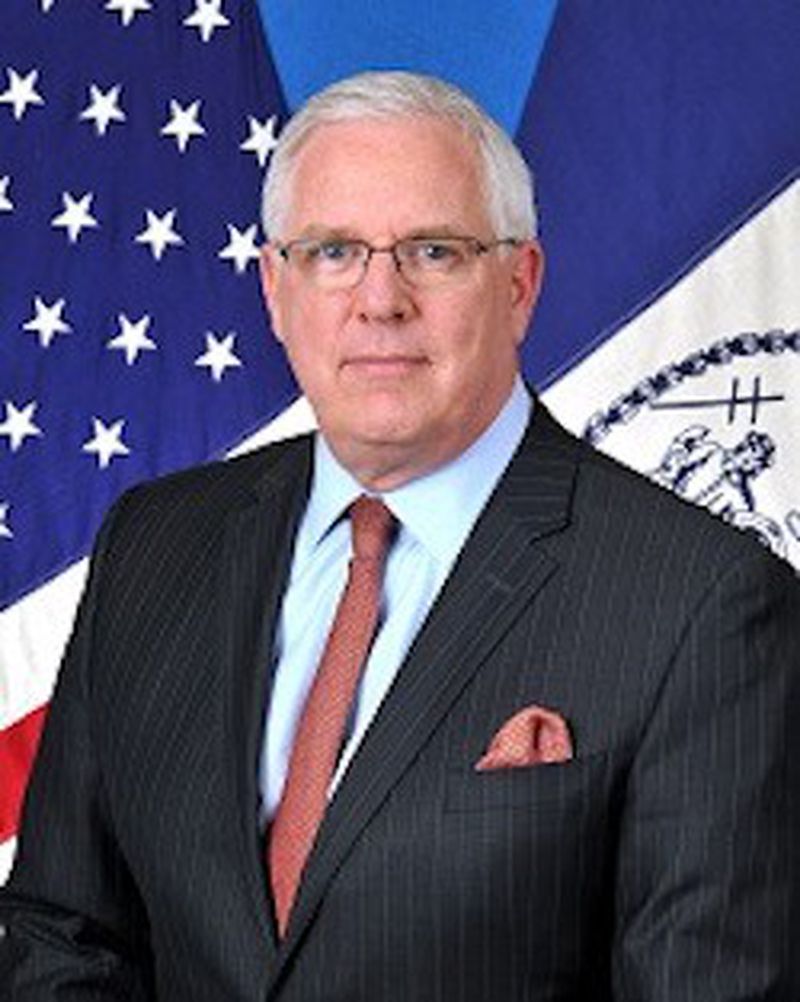 The New York Police Department's counter-terrorism chief John Miller has accused Apple of providing aid to criminals by using encryption to secure its iPhones, according to The Daily News.

Speaking on AM radio host John Catsimatidis’s The Cats Roundtable show on Sunday, the deputy commissioner hit out at Apple for its encryption policies, arguing that recent changes to the iPhone operating system had prevented law enforcement from doing its job.

"I still don’t know what made Apple change their minds and decide to actually design a system that made them not able to aid the police," Miller told Catsimatidis.

"You are providing aid to the kidnappers, robbers and murders who have actually been recorded on the telephones in Riker's Island telling their compatriots on the outside, 'You gotta get iOS 8. It's a gift from God' – and that's a quote – 'because the cops can't crack it,'" Miller said.

The same account was quoted in last week's U.S. congressional hearing, when New York District Attorney Cyrus Vance claimed that his agency was unable to access 175 iPhones linked to criminal activity that are currently in its possession. Vance added that hundreds of encrypted Apple devices had also been seized in Texas, Illinois and Connecticut, during investigations into serious crimes including human trafficking and sexual assaults.

In the past, Apple has extracted data from iPhones under lawful court orders, but the company stopped storing encryption keys for devices running iOS 8 or later. As a result of this stronger protection, Apple cannot assist the FBI without circumventing iOS security and putting the privacy and safety of its customers at risk.

However, reports have since revealed that the U.S. Department of Justice is pursuing additional court orders that would force Apple to help federal investigators extract data from twelve other encrypted iPhones that may contain crime-related evidence.

The 12 cases are similar to the San Bernardino case in that prosecutors have sought to use the 18th-century All Writs Act to force Apple to comply, but none are related to terrorism charges and most involve older versions of iOS software.

bushido
"I still don't know what made Apple change their minds and decide to actually design a system that made them not able to aid the police," Miller told Catsimatidis.

[...] introduced a bill that, if passed, will require makers of mobile communications devices sold in the state after Jan. 1, 2015 to include technology that can render such devices inoperable when lost or stolen.

[...] The Bill stipulates that the physical action necessary to disable the kill switch may only be taken by the rightful owner of the device or a person designated by the owner; the mobile carrier may not do so
Rating: 40 Votes

Sedulous
And weren't some of these same people who pressured Apple to make it impossible for a "stolen" device to be used by someone else?
Rating: 37 Votes

Crosscreek
I think if I were a kidnapper I would use a burner phone.
Rating: 23 Votes

shareef777
That's like saying every car manufacturer is an accomplice to every armed robbery that involved a get away car. Idiot.
Rating: 20 Votes

rdowns
It warms my heart to see Americans finally not falling for all this fear crap from the government.
Rating: 14 Votes

Turnpike
Apple provides aid to kidnappers, robbers, and murderers the same way Mead Paper Company provides aid to people who keep false books, write ransom notes, and anonymous hate mail by not putting piece of carbon copy paper under every sheet of paper they sell. You can't expect a business to circumvent it's purpose and products to cover every exception, and even if you did, the circumventing itself would cause OTHER exceptions that would need to be addressed. It's like putting a 45 day survival kit under every airplane seat in every airplane. After a while you start to break down the safety and efficiency of air travel. How many iPhones have been sold? How many things have been directly attributed to law enforcement not being able to get into a phone? That is the price of progress, of moving forward. It's like eliminating all peanuts from all products because of the chance that someone allergic might come in contact by design or by accident. It's not practical, and saddly some people die, some people go to the ER, but we don't eliminate peanuts and make a soy substitute to replace it world wide, do we? They are trying to undo world progress to serve a few exceptions. I think it's more about ego and justifying floor time for the frustrated cops and short sighted, self promoting politicians.
Rating: 10 Votes

einsteinbqat
Oh for goodness sake… why do police officers, politicians, and other officials not just simply stop using secured and encrypted devices so that we, the people, know if they are corrupted or do their work properly whilst we are at it?! Tax payers should know, after all!
Rating: 10 Votes


This coming from the same department that defends murderers against criticism from Quentin Tarantino if only the killer is a cop and the victim is an unarmed black man.
Rating: 9 Votes

keysofanxiety
This kind of horse hockey hyperbole from a weak-minded, short-sighted ignoramus only muddies the argument and serves absolutely no purpose. I can't believe they don't consider or appreciate the wider impact of what they're asking.
[doublepost=1457353348][/doublepost]

It warms my heart to see Americans finally not falling for all this fear crap from the government.


Agreed. The FBI thought that bringing this debate public and throwing around terrorist buzzwords would get consumers on their side. I'm infinitely thankful that it bit them back.
Rating: 9 Votes
[ Read All Comments ]