Justice Department Wants Apple to Extract Data From 12 Other iPhones 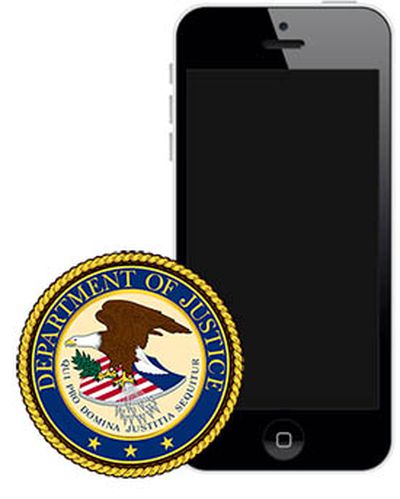 The U.S. Department of Justice is pursuing additional court orders that would force Apple to help federal investigators extract data from twelve other encrypted iPhones that may contain crime-related evidence, according to The Wall Street Journal.

The twelve cases are similar to the San Bernardino case in that prosecutors have sought to use the 18th-century All Writs Act to force Apple to comply, but none are related to terrorism charges and most involve older versions of iOS software.

In the past, Apple has extracted data from iPhones under lawful court orders, but the company stopped storing encryption keys for devices running iOS 8 or later. As a result of this stronger protection, Apple cannot assist the FBI without circumventing iOS security and putting the privacy and safety of its customers at risk.

Apple has acknowledged that creating a "government-ordered backdoor" is technically possible, but CEO Tim Cook said cooperating with the FBI would set a "very dangerous precedent." Apple said it has "done everything that's both within our power and within the law to help in this case," adding that it has "no sympathy for terrorists."

The U.S. government previously said that investigators are only seeking access to a single iPhone related to the San Bernardino attacks, but Apple argued that the technique could be "used over and over again, on any number of devices" once created. "The only way to guarantee that such a powerful tool isn’t abused and doesn’t fall into the wrong hands is to never create it," the company said.

The Apple-FBI dispute has fueled a public debate over the past week. Google, Facebook, Twitter and some campaigners have publicly backed Apple, while U.S. presidential candidate Donald Trump, Microsoft co-founder and some San Bernardino victims have sided with the FBI.

Apple has until Friday, February 26 to file its first legal arguments in a California court.

You were saying, James Comey?

nunes013
Okay so everyone who said this would be a one time deal...it's your turn. I'm grabbing popcorn because this got a whole lot more interesting.
Score: 81 Votes (Like | Disagree)

Crosscreek
Who didn't think this was going to happen?
Score: 78 Votes (Like | Disagree)

gnasher729
Well, the first court order said that Apple should help unlocking the phone, charge all the cost, and then destroy everything they did to not let it fall into the wrong hands.

If Apple gives in, then the poor guy given the job will have to do it thirteen times. Write the code, test it very, very carefully to not mess up the phones, unlock one phone, destroy the code, and start all over again.

Seriously, it shows that Tim Cook was absolutely 100% right.
Score: 67 Votes (Like | Disagree)

Chatter
Oh please. This is just a 1-time thing. And maybe a dozen more. And probably only a couple hundred more coming up. But we are not setting a precedent. So get a grip and let us keep this country safe.
xoxo
~ The Government
Score: 41 Votes (Like | Disagree)
Read All Comments