Saturday December 5, 2015 1:11 pm PST by Eric Slivka
Over the past couple of days, MacRumors has received several reports from users who have been able to upload music libraries of greater than 25,000 tracks to iTunes Match or Apple Music's similar scan-and-match feature, and Macworld's iTunes expert Kirk McElhearn has also noted a number of reports on his personal blog. 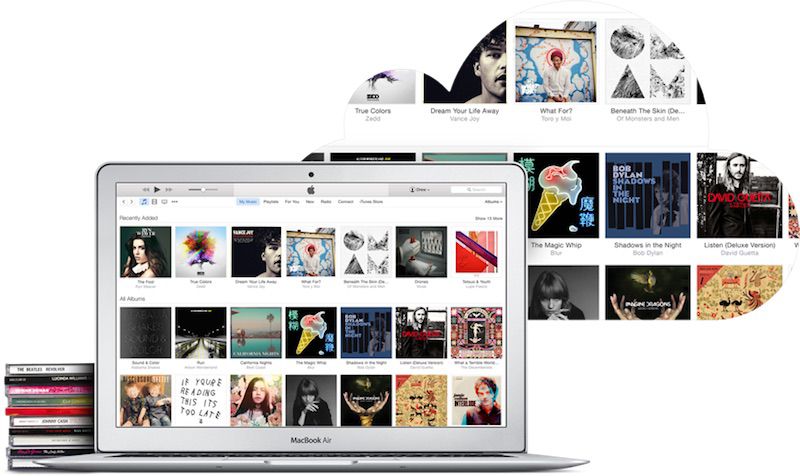 Just ahead of the launch of Apple Music in late June, Eddy Cue revealed on Twitter that Apple was working to raise the matching limit from 25,000 tracks to 100,000 for iOS 9, but the increase did not occur in September when iOS 9 debuted.

MacRumors checked with Cue back in October for an update, and he indicated Apple was "definitely working on it" with the expectation the increase would go live "before the end of the year."

Apple has yet to update its support page on uploading music Apple Music to document the new limit.

Update 12:08 PM, December 6: Eddy Cue has confirmed to MacRumors that Apple has indeed "started rolling out support for 100k libraries."

Anybody with over a thousand or so tracks is a compulsive hoarder. Instead of Apple raising some limit those people should be compelled to get professional help from a psychiatrist.

Anyone with less than thousand tracks is poverty stricken and ignorant of any music. Or maybe a teenager.
Rating: 28 Votes

Aluminum213
iTunes Match has been a broken mess since the minute the service launched
Rating: 21 Votes

thekeyring
When the notification appeared on my desktop, I saw "Apple Raises iTunes Match and Apple Music" and thought the prices were going up!
Rating: 20 Votes

Anyone with less than thousand tracks is poverty stricken and ignorant of any music. Or maybe a teenager.


Well Taylor Swift has only made like 80 songs, so I don't really understand how anyone could have more than that on their hard drive.
Rating: 18 Votes

I totally agree with you. Instead of using up the Apple servers with increased iTunes Match matching limits, they should instead increase the free iCloud storage limit from 5 GB to something around 15-20 GB. Maybe I am being unrealistic, but hey its better than the increased matching limits.

This decision is not green and not sustainable. I have 255 tracks and I think it's plenty.
Who really needs 100K tracks except for showing off or compulsive hoarding ?

You don't need an iPhone, you need one of these

bushido
id still like to get the music back i uploaded myself but got replaced by AM crap
Rating: 11 Votes

I'm convinced that Apple will simply never get syncing right.

Dropbox should make a phone. :)