Astropad Mini, the app that turns the iPhone into a graphics tablet for the Mac, is getting a major update today to add new features to the iPhone 6s and the iPhone 6s Plus. The new version of the app includes support for 3D Touch, enabling pressure sensitive drawing.

When using a finger or a stylus, the iPhone 6s or 6s Plus is able to detect 256 levels of pressure being on the screen, letting users draw thinner or thicker lines based on the amount of pressure that's applied. 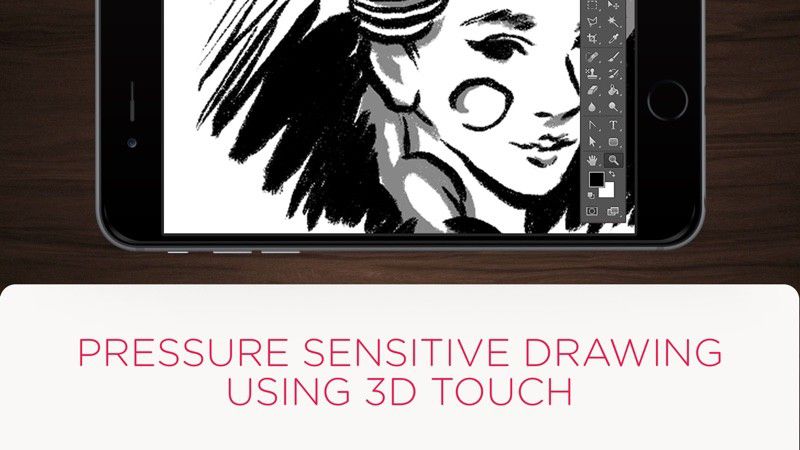 For those unfamiliar with the Astropad line of apps, they're able to transform an iPhone or an iPad into a professional graphics tablet that can be used with the Mac by mirroring the Mac's display to the iPhone. The iPhone's touch controls are then used for creative tasks like editing photos and creating art with little to no lag. Because the app simply mirrors what's on the Mac's screen, it's compatible with any Mac-based editing app like Photoshop CC and Pixelmator.

nostaws
This is the first app (to my knowledge) that actually supports 3D touch more than just popping up an alternate menu.

So, I think it warrants a shout out from macrumors.

I wonder how many articles we'll see here letting us know that apps have now got 3D Touch support.

mimeArtist
Equally excited about using the pencil and iPad Pro with astropad... going to hopefully be so useful until photoshop perhaps finally makes it's way to iPad pro properly
Rating: 3 Votes

I wonder how many articles we'll see here letting us know that apps have now got 3D Touch support.

This is a biggie. A drawing app that can sense 256 levels of pressure. It really shows off what 3D Touch is capable of.
Rating: 2 Votes
[ Read All Comments ]