Wednesday September 16, 2015 11:01 am PDT by Juli Clover
Apple today released iOS 9 to the public, making the download available to all users who have an iPhone 4s or later, iPad 2 or later, 5th-generation iPod touch or later, or any iPad mini. The update can be downloaded through iTunes or over-the-air by going to the Settings app and tapping General --> Software Update.

As with all major software updates, it may take a few minutes for the update to propagate to all users due to high demand. Some users are seeing "Software Update Failed" messages and may have better luck installing via iTunes.

Public beta testers who have the iOS 9 golden master installed will receive the release version of iOS 9 over-the-air.

With this update your iPhone, iPad and iPod touch become more intelligent and proactive with powerful search and improved Siri features. New multitasking features for iPad allow you to work with two apps simultaneously, side-by-side or with the new Picture-in-Picture feature. And, built-in apps become more powerful with detailed transit information in Maps, a redesigned Notes app, and an all-new News app. And improvements at the foundation of the operating system enhance performance, improve security and give you up to an hour of extra battery life.

The operating system's biggest focus is on intelligence and proactivity, letting iOS devices learn user habits and act on that information, opening apps before we need them, making recommendations on places we might like, and guiding us through each day with new Siri and search features.

Many built-in apps have been improved, including Notes, Mail, and Maps, wihch has gained Transit directions. Apple Pay has been renamed to Wallet, and for the first time, iOS 9 brings split-screen multitasking features to the iPad.

In addition to these consumer-facing features, iOS 9 introduces significant under-the-hood improvements that will free up storage space and improve battery life. With battery optimizations, iOS devices have an additional hour of battery life, and a new Low Power mode can extend battery even further.

iOS updates take up less space in iOS 9, letting even devices with little storage space upgrade, and many app install sizes are smaller due to a feature called app thinning.

More information on iOS 9 can be found in our iOS 9 roundup, which includes details on major features and all of the little tweaks that were added throughout the beta testing period. Discussion of iOS 9's new features is also taking place in our dedicated iOS 9 forum, and we encourage all of our readers to join in with questions and new discoveries.

In addition to being released to the public today, iOS 9 will also come pre-installed on the iPhone 6s and the iPhone 6s Plus, which will be available beginning on Friday, September 25.

Make sure to check out our iOS 9 coverage:


- Inside iOS 9: Apple Maps Gains Transit Mode and Nearby Search

- Inside iOS 9: Apple News Delivers the Latest Stories to Your Device

- Inside iOS 9: Split-Screen Multitasking for the iPad

- Inside iOS 9: A More Intelligent OS With Proactive Suggestions and Siri Improvements

- Inside iOS 9: Under-the-Hood Improvements for Battery Life, Security, and More 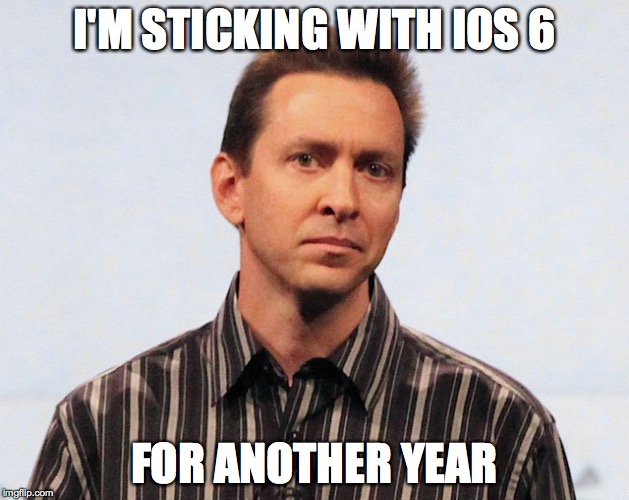 jdillings
It's going a little slow for me. Can you all hold off on updating your IOS devices for 10 minutes while I update mine? Thx.
Rating: 25 Votes

Paradoxally
Let the updating and subsequent complaining about how slow the download is begin!
Rating: 12 Votes

ck2875
I really don't know why I immediately checked for updates after reading the headline considering I've got the 9.1 beta installed.
Rating: 12 Votes

honestly, he was good at managing the software (looking at watch os bug)
Rating: 9 Votes

Steviejobz
90% of this thread is people writing the same comment about the update failing. That in itself is a fail.
Rating: 9 Votes

DrBlueBox
I get the feeling some people might be getting an update error message? Anyone able to confirm?
Rating: 8 Votes

bchery21
Nice! Notification came up for me a couple minutes early...