The two-and-a-half minute trailer provides the longest look at the Danny Boyle-directed biopic that anyone has seen yet, balancing focus between Steve Jobs' various behind-the-scenes product launches and his intense personal life regarding his relationship with daughter Lisa Brennan-Jobs.


The trailer also gives more in-depth looks at Jeff Daniels and Kate Winslet, especially, as John Sculley and Joanna Hoffman, with various through-the-years glimpses of Michael Fassbender as Steve Jobs. After various casting calls and set photo leaks earlier in the year, excitement around the somewhat troubled film has only been steadily building. Fans can expect to see the full movie in theaters October 9.

LewisChapman
I'm sorry but Fassbender has absolutely no resemblance to Jobs.
Rating: 26 Votes

I'm sorry but Fassbender has absolutely no resemblance to Jobs.

He's a good actor. He pulls it off. Kutcher had the look, but was lousy.
Rating: 15 Votes

Let's be honest - we're all going to see it.

Probably the only thing anyone can say to that.

I can't get over how he looks, but yeah, I'm going to see it anyway.
Rating: 14 Votes

Evmanw
Looks great, but he does not look like Jobs
Rating: 12 Votes

nikhsub1
I am the only one who thinks the acting is laughable? Seems super cliche and forced.
Rating: 10 Votes

0098386
Hmm interested! Wasn't sure about Fassbender playing Jobs, I still don't think he looks or sounds the part but I still want to watch it.
Rating: 10 Votes 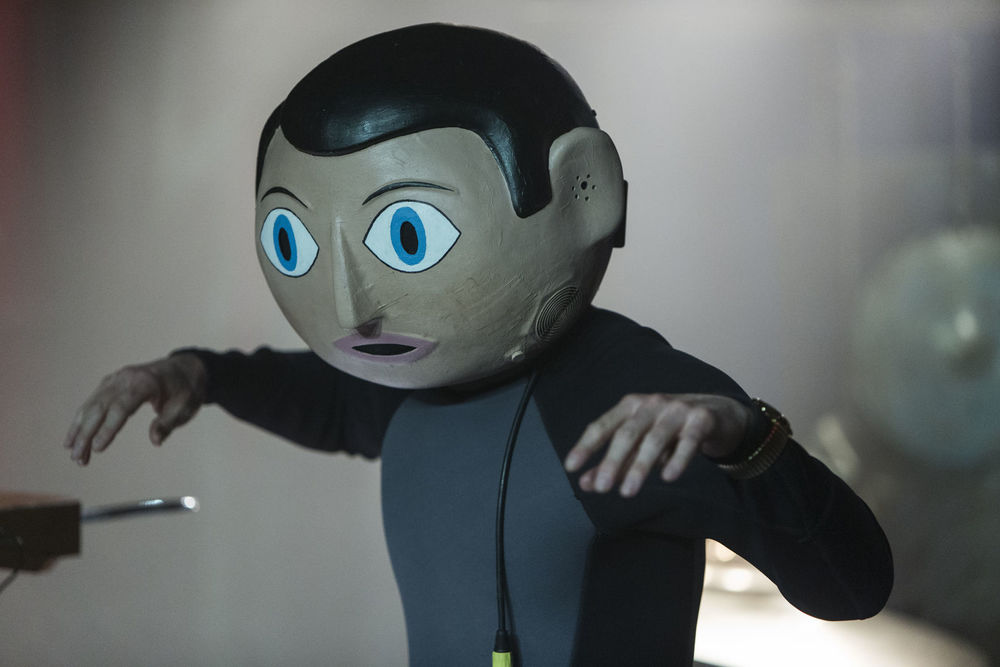 (Seriously, I have complete faith in Fassbender and Sorkin that this will be outstanding)
Rating: 8 Votes

Chupa Chupa
Based on the trailer it's going to be a flop. Not compelling to me (and I'm an, at least to the degree a Sorkin drama can be and this one literally wrote itself. I can only imagine how non-tech geeks view it. Maybe the trailer is just a victim of poor editing but it feels like its one of those movies where if you see the trailer you've seen the movie.
Rating: 8 Votes