Filming has progressed on the upcoming Steve Jobs movie starring Michael Fassbender, and a few weeks ago, film crews were spotted at the San Francisco Opera House. As of yesterday, hundreds of extras were hired to take part in a scene and a few photos leaked, giving us details on what's being filmed at the location.

The scene being filmed in the Opera House appears to be the 1988 unveiling of the NeXT Computer, the first computer developed by Steve Jobs after he left Apple. A movie prop poster hung on one of the walls in the Opera House depicts Michael Fassbender as Jobs, posing with the NeXT Computer, which was often referred to as "The Cube" due to its shape. 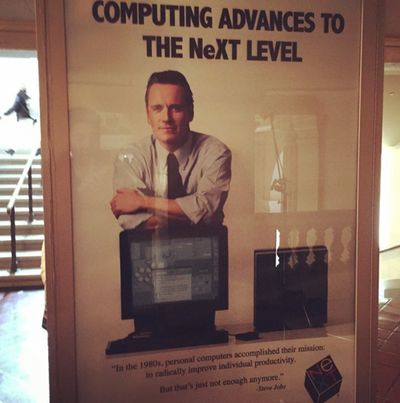 Image via Instagram user seannung
Back in 1988, the unveiling of the NeXT Computer took place at the Louise M. Davies Symphony Hall in San Francisco, which is located across the street from the Opera House. It is not clear why filming is taking place at the Opera Hall, but scenes will also be filmed at the Symphony Hall, according to reports. Filming in the area will continue until April.

Steve Jobs' NeXT event was a huge gala and it marked the first time Jobs had appeared in public in many years. Descriptions of the event called it a showy affair with "all the subtlety of a Hollywood premiere." Jobs himself was described as working the crowd "like an entertainer."

In addition to being spotted in a promotional poster, Fassbender also had his photo snapped outside the Opera Hall by a fan, still dressed in his Steve Jobs garb. At that time, Jobs favored a simple white button down shirt and dress pants, which is what Fassbender wears in the image.

Image via Instagram user raqu31
The Steve Jobs movie starring Michael Fassbender as Jobs and Seth Rogen as Wozniak was penned by Aaron Sorkin and is being directed by Danny Boyle. Jeff Daniels, Kate Winslet, and Katherine Waterston all have roles in the film. The movie is set to be released in theaters on Friday, October 9, 2015.
[ 169 comments ]

Rychiar
gonna be hard to suspend disbelief when he looks nothing like him
Score: 39 Votes (Like | Disagree)

stiligFox
Not sure how he looks even remotely like Steve Jobs... but if he plays the part well, I guess it doesn't matter. We shall see!
Score: 33 Votes (Like | Disagree)

Reason077
Fassbender is a great actor. Love him.

But he looks absolutely nothing like Steve! Even Ashton Kutcher was more believable.
Score: 27 Votes (Like | Disagree)

JustiNYCity
Could they not even somewhat style his hair the same way? I just don't understand. :confused: 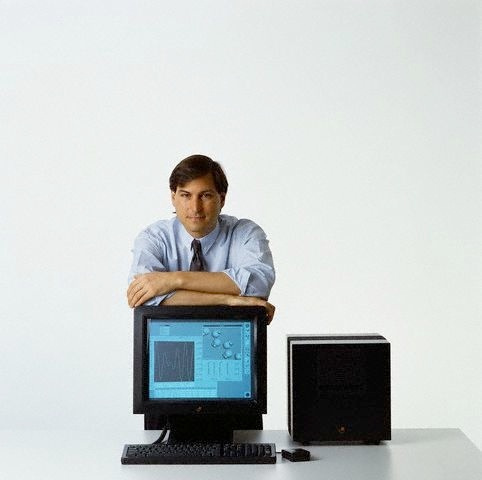