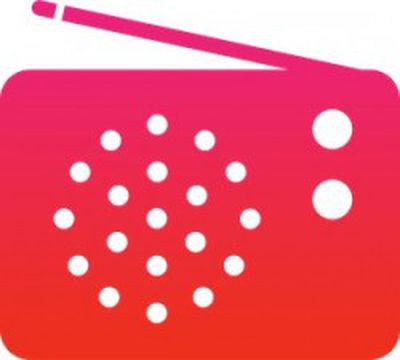 Ahead of the rumored debut of Apple's upcoming streaming music service, Re/code has shared several details on the initiative, sourced from industry insiders. As we've learned previously, Apple will charge $9.99 per month for the service and will not offer a freemium streaming tier as other music services like Spotify do, but the company is aiming to introduce ways to let people listen to some content for free.

First and foremost, Apple hopes to offer listeners a free trial period, which lasts between one and three months, letting them sample the music service for an extended period of time before opting for a full subscription. The length of the trial will depend on what Apple is able to negotiate with music companies.

Apple is also working on a feature that may let artists and music creators upload samples of songs that could be listened to without subscribing to the service. Re/code's sources are describing this as "something akin to SoundCloud." SoundCloud is a music sharing platform that lets users upload and share originally-created music, and a similar feature within Apple's new music service would give indie artists an easy way to share music while providing listeners with free content.

The third way Apple plans to potentially get music to listeners for free is through a revamp of iTunes Radio. We've heard hints of this previously, but the new version of iTunes Radio may feature stations that are curated by humans rather than computers, with different content available in different locales. New Apple hire BBC Radio 1 DJ Zane Lowe and other recently hired radio staff may spearhead this initiative.

Re/code's report also shares some details on the streaming music negotiations that have already landed Apple in a bit of hot water with various regulatory bodies, including the FTC and the Department of Justice in the United States and the European Commission. Apple has been attempting to convince music labels that ad-supported free streaming music does not generate enough revenue.

But as we have previously reported, Apple doesn't intend to provide free, unlimited on-demand streaming, as competitors Spotify and YouTube do. In private meetings with label executives and other music industry figures, Apple has been arguing that free streaming won't generate enough money for the industry via advertising, and doesn't give enough people incentive to pay for subscriptions.

Apple is still working to complete deals ahead of the launch of the streaming service, but it is said to be on track for a WWDC debut. According to a report earlier this week, the streaming service will be introduced during the Worldwide Developers Conference in June and released later in the month alongside the public launch of iOS 8.4.

Apple's streaming music service is built on its existing Beats music service, and will continue to focus on curated content. To draw in additional customers and to distinguish itself from competing services, Apple is planning to offer a range of exclusive content. There are also plans to rebrand and revamp the music service, deeply integrating it into iTunes and the newly revamped Music app introduced in iOS 8.4.

mcnaugha
I hope they're wrong

For me they're just wrong. I pay for Spotify and I'm delighted with it. I really believe they should have bought Spotify and Bose and not the turd that is Beats. I am deeply ashamed that they are now bullying the industry into destroying Spotify. I hope they fail. This is not Apple anymore.
Score: 21 Votes (Like | Disagree)

PhiLLoW
I bet 50$ that this service won't be available in any european country until 2025.
Score: 19 Votes (Like | Disagree)

mi7chy
I'd rather support the underdog... Spotify.

Apple has turned into an industry big bully.
Score: 16 Votes (Like | Disagree)

Bot4Hire
Another streaming service that offers nothing more than what's currently being offered.

It's right in line with Apple Watch not offering anything Everybody else is offering.

Apple's lost it's edge and has become as boring as Microsoft of old.

At least Microsoft is giving users a reason to switch platforms.
That used to be Apple's job, now they're just following the puck along with all the other "me to" companies of past.
Score: 14 Votes (Like | Disagree)

Only studio master 24-bit/96KHz stands a chance of making a difference. Even then, most people won't care about the difference.
Score: 13 Votes (Like | Disagree)

Alumeenium
the old bait and switch