During a recent earnings call relayed by CNET, Time Warner CEO Jeffrey Bewkes said he believes Apple will launch an Internet-based television service and that Apple is "very forward-thinking" when it comes to TV.

"We think Apple is very forward-thinking about television," he said, noting the computer maker's deal with Time Warner as the launch partner of streaming service HBO Now. "It's no surprise to anyone that Apple would be interested in launching a TV product."

Aimed at cord cutters, HBO Now is priced at $14.99 and offers all of HBO's content without a cable subscription. Beyond HBO Now, Apple and Time Warner have discussed television many times in the past and have attempted to establish content deals, but those have yet to materialize. 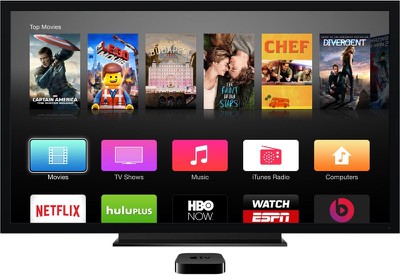 Apple's ongoing difficulties establishing content deals with companies like Time Warner have spanned several years and have repeatedly delayed its television efforts. Apple's inability to convince cable companies and content providers to change the status quo has also caused Apple to scale back on its ambitious television plans.

Apple may have begun having more luck getting companies on board with its television plans, however, as recent rumors have indeed pointed towards the imminent launch of a streaming television service and possibly a new set-top box. Apple's new service may include content from CBS, Fox, Walt Disney, and more, with approximately 25 channels available at a cost between $30 and $40 per month.

At 125 a month for basic HD cable and internet when I watch 12 of those channels, I would love to cut the cord...

1. call the cable company and cancel the tripple play, downgrading to internet only

2. Get an atenna to watch over the air digital tv stations

3. Get an apple TV box to buy or rent seasons of what every you want

4. Get a Hulu or Netflix account if you want a buffet approach

I do this and really get everything I want.
Score: 11 Votes (Like | Disagree)

1. Broadband only can still run $40-$100 depending on speed and how long one has been a customer.

2. Assuming one lives close enough to do so; many do not

3. These costs are starting to add up

4. Ok, by now one is pretty close to that original cable bill.


1. I pay $37/month
2. one time-cost of $40. I live in a city and get 20 channels over the air. Granted in rural areas it will be less. But I believe that the major networks do cover a significant portion of the country.
3. one time cost of $79 for the apple box. Movie rentals are about $6, and I rent about 2 per month
4. I pay $8/month for Netflix

Total cost - $120 one time fees and $45/month to support all my viewing pleasure.

Not having to pay Comcrap wads of cash -- priceless. :D
Score: 7 Votes (Like | Disagree)

oneMadRssn
As long as Apple doesn't remove current functionality, like Netflix, that might compete with their own streaming offering.

arggg14
At 125 a month for basic HD cable and internet when I watch 12 of those channels, I would love to cut the cord...
Score: 4 Votes (Like | Disagree)

willmtaylor
Surprised the the CEO of any of the major telecom companies could take the head out of their @$$E$ long enough to notice what Apple could be doing, much less be interested or speculate in regards to it.
Score: 4 Votes (Like | Disagree)