Ahead of Apple Watch Debut, Jawbone and Others Push Fitness Wearables to Businesses

With Apple's Watch looming on the horizon, fitness makers are moving to push their services to a variety of individual and corporate customers. The latest band maker to improve its offerings is Jawbone, which this week announced a new program designed to get its UP fitness bands into the office and on the wrists of business people in the US.

The new UP for Groups provides discounts on bulk orders of the fitness trackers, as well as software features to manage and encourage group participation. It is compatible with the existing UP24 tracker, the new UP Move and the upcoming UP3. 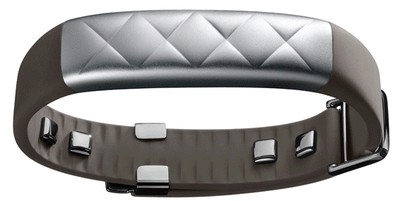 Unlike the individualized consumer version of UP, UP for Groups allows administrators to work with large groups of participants. Admins can view aggregated statistics to see when their employees need to move and send out timely activity reminders to the group. Participants can take part in group challenges and view their group's statistics with an emphasis on the number of active participants in a group and not the number of steps walked by each member.

The new UP for Groups is part of a growing movement to address obesity in adults using feedback from fitness trackers. Jawbone competitor Fitbit already has a corporate fitness program, while Misfit is partnering with the Oscar insurance company on a rewards program for subscribers with healthy habits.

Apple's upcoming Watch is expected to kick off a further explosion of interest in fitness trackers when it is released in 2015. Increased consumer interest will open new doors in the health field with Apple reportedly in talks with insurance companies, hospitals and other health institutions about its HealthKit initiative and iOS Health app. Apple already is partnering with the Mayo Clinic and electronic health record company Epic Systems, and more partnerships are undoubtedly in the works.

OldSchoolMacGuy
Went through 18 Jawbone UPs. Not getting another unless they're free. 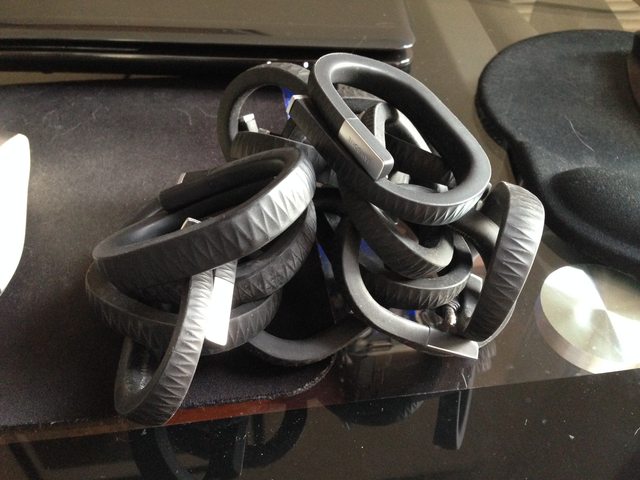 
They call him the pedophile Jawbone UP guy. Once they get to 18, he's not interested.
Score: 3 Votes (Like | Disagree)

Jawbone is the most interesting player in the wearable game to me, right now.


Apparently to some, it is at least 18 times more interesting than anything else....
Score: 2 Votes (Like | Disagree)
Read All Comments

Wednesday June 9, 2021 8:23 am PDT by Joe Rossignol
While there are many great new features in macOS Monterey, several of them are not available on Intel-based Macs, according to Apple. On the macOS Monterey features page, fine print indicates that the following features require a Mac with the M1 chip, including any MacBook Air, 13-inch MacBook Pro, Mac mini, and iMac model released since November 2020:Portrait Mode blurred backgrounds in...
Read Full Article • 822 comments

Friday June 11, 2021 1:13 pm PDT by Joe Rossignol
On his newly launched Front Page Tech website, leaker Jon Prosser has shared renders showing off the alleged design of the next-generation iPad mini, which he says are based on schematics, CAD files, and real images of the device. In line with details shared earlier this month by Bloomberg's Mark Gurman and Debby Wu, Prosser claims that the new iPad mini will feature slimmer bezels around...
Read Full Article • 151 comments