Just a couple weeks after it was revealed that Natalie Portman was in talks to play an unspecified part in Aaron Sorkin's Steve Jobs movie, Variety is reporting that the actress has decided to pass on the movie, though it's unclear why.

Other actresses are already meeting with filmmakers over the potential role, and the film is still on track to begin filming in the Spring of 2015. The film is rumored to have several female parts, including Steve Jobs' daughter, Lisa Brennan, and Katie Cotton, Apple's well-known former PR lead. 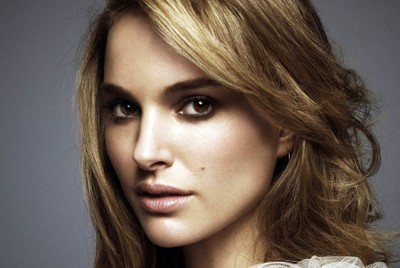 Image via Deadline
The trade magazine also notes that X-Men: Days of Future past star Michael Fassbender will star as Steve Jobs and Seth Rogen will star as Steve Wozniak, possibly indicating that those two actors are now fully committed to the film.

The movie has seen its share of ups and downs thus far, with both Leonardo DiCaprio and Christian Bale passing on the role of Steve Jobs before Sony Pictures dropped the movie due to a disagreement on the filming schedule with director Danny Boyle. According to Fusion, internal data from Sony Pictures, leaked via a data dump by hackers who infiltrated Sony Pictures' systems, reveals the studio's revenue forecasts for the film dropped 25% after DiCaprio dropped out, indicating the studio wasn't as confident in the movie's financial success as it used to be. However, the movie was quickly picked up by Universal Pictures.

Sorkin is probably demanding a lot from the roles in this movie.


if he was demanding nudity form Natalie, then I am backing him.
Score: 25 Votes (Like | Disagree)

Windlasher
I would give up by now.

What is it about this movie ?


By the time it gets made, it will star Betty White and Jack Nicolson and consist of three scenes about the last month of Steve Job's life.
Score: 23 Votes (Like | Disagree)

Just a couple weeks after it was revealed that Natalie Portman was in talks (https://www.macrumors.com/2014/11/26/natalie-portman-steve-jobs-biopic/) to play an unspecified part in Aaron Sorkin's Steve Jobs movie, Variety is reporting (http://variety.com/2014/film/news/natalie-portman-passes-on-steve-jobs-biopic-1201372301/) that the actress has decided to pass on the movie, though it's unclear why.

Because it's a pointless movie and not many people care.

Arnold: Hmm, I wonder why our post got so many views!
Husain: Probably due to my fantastic article.
Eric: Well it can't be because of the Jobs movie idea. Everyone is sick of that.
Juli: Guys, it's obviously because we put a picture of a girl up there.
Team: Ooohhhhh...
Score: 13 Votes (Like | Disagree)

Just stating the fats, wouldn't it be true that we will see a "Steve Jobs" movie every year ?

Just like the are doing with the Hobbit.... Even though the movie studios keep forgetting there was one hobbit based on the book, not a million, but lets not go into that small detail. It's all about the money.

I reckon we're gearing ourselves up for more than one Steve Jobs movie .... so get ready...

If you thought the movie "Jobs" was bad, u probably haven't seen anything yet.

Peace
What is it about this movie ?

Friday June 18, 2021 9:41 am PDT by Sami Fathi
After a long wait, YouTube for iOS is officially gaining picture-in-picture support, allowing all users, non-premium and premium subscribers, to close the YouTube app and continue watching their video in a small pop-up window. In a statement to MacRumors, YouTube says that picture-in-picture is currently rolling out to all premium subscribers on iOS and that a larger rollout to all US iOS...
Read Full Article • 175 comments