Christian Bale will not be starring as Steve Jobs in Aaron Sorkin's upcoming Steve Jobs biopic, according to The Hollywood Reporter. The actor has reportedly decided that he was "not right for the part," deciding to withdraw from the film.

Bale was announced as the star of the film just last week, with Sorkin saying that Christian Bale was "the best actor in a certain age range" to play Jobs, and that he had agreed to the part without an audition. 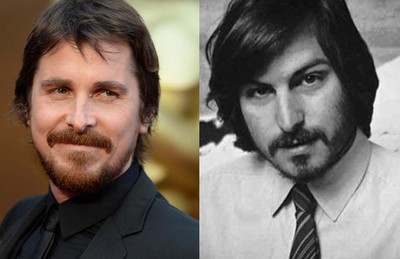 While it is now unclear who will play Steve Jobs in the movie, Seth Rogen is reportedly in talks to play Apple co-founder Steve Wozniak, and Jessica Chastain, from The Help, is also being considered for an unspecified role in the film. Leonardo DiCaprio was previously in talks to star as Steve Jobs, but also opted not to take on the role.

How about Ashton Kutcher?

Revearti
How about Ashton Kutcher?
Score: 25 Votes (Like | Disagree)

bluush
Seriously, Noah Wyle. This isn't rocket science. Dude is an INCREDIBLE actor, looks like Jobs, and has made it clear he wants the part. Nobody else would do the part justice like him.
Score: 24 Votes (Like | Disagree)

HarryKeogh
I guess you can say he's baled out of this job(s).

Or you don't have to say anything.
Score: 19 Votes (Like | Disagree)
Read All Comments

Thursday May 13, 2021 10:32 pm PDT by Sami Fathi
A new rumor suggests that Apple will announce the third-generation AirPods and the recently rumored HiFi, or high-fidelity Apple Music tier, on Tuesday, May 18, via a press release on its website. The new rumor comes from Apple YouTuber Luke Miani who shared the alleged exclusive news with the AppleTrack website. According to the YouTuber, Apple plans to release the next-generation AirPods...
Read Full Article • 145 comments