Apple Watch Pricing to Reportedly Start at $500 for Stainless Steel, $4,000 for Gold

Tuesday November 4, 2014 6:46 pm PST by Husain Sumra
French Apple website iGen.fr is reporting [Google Translate] that pricing for the stainless steel Apple Watch may start at $500, while the gold Apple Watches' pricing could start between $4,000 and $5,000. iGen.fr has been reliable in the past, most recently reporting the dimensions of both the iPhone 6 and 6 Plus. 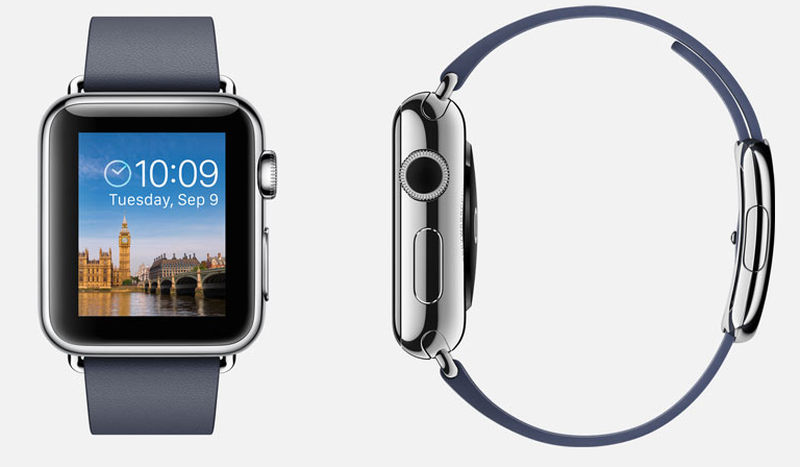 While Apple had announced that the Apple Watch would start at $350, which was widely assumed to be the price of the aluminum model, and estimates pegged the price of the gold Apple Watch at prices as low as $1,000 or as high as $5,000, there has been little information regarding the pricing of the stainless steel option.

The site's sources also indicate that Apple still aims to release the Apple Watch by Valentine's Day 2015, which somewhat echoes an earlier report that said the company would be "lucky" to release the device by that timeframe. iGen.fr also mentions that manufacturers and resellers are preparing as if the Watch would release in mid-February 2015. Previously, Apple Senior Vice President of Retail and Online Stores Angela Ahrendts said the Watch would release in Spring 2015.

forcesteeler
$5,000 Dollars? I Rather buy a Rolex. I can feel confident my Rolex will hold value in say the next 5-10 years,
Rating: 149 Votes

levitynyc
I have a Tag watch I bought 5-6 years ago for around $2500. If I sold it, I could probably get roughly $1500 for it now as its in near mint condition. An Apple watch with a degenerating battery that will be obsolete within 2 years will lose 95% of its value in 5 years.

Ehhh ... Sticking to my Tag

Don't gold Rolexes start around $20k? The gold WATCH will be one of those on-a-whim purchases for folks with a Rolex or two already.


The Rolex watch buyer knows his watch will maintain its value for decades. There something "timeless" about luxury watches. They don't go obsolete.

Smart watches will look dated in a couple of years.
Rating: 37 Votes

That 4 grand is up there!

Don't gold Rolexes start around $20k? The gold WATCH will be one of those on-a-whim purchases for folks with a Rolex or two already.

An Apple watch with a degenerating battery that will be obsolete within 2 years will lose 95% of its value in 5 years.

0xyMoron
No one loves you enough to buy you a 4000$ Gold watch on Valentine's day.
Rating: 23 Votes

Kariya
Haha. $500 for stainless steel, no sapphire (if you buy sport edition), no GPS, no waterproofing, requires an iPhone and will be obsolete as soon as you open the box.

No thanks, I'd rather just buy a Seiko or Citizen.
Rating: 20 Votes


A solid gold Rolex for $5000? In what dream world do you live where they're that cheap new?

And there's a reason for that. That much gold is. not. cheap. A $4000 gold Apple watch isn't something I'd ever be interested in, but the reality is if they managed to drive the price that low it'd be unheard of in the luxury watch industry.
Rating: 18 Votes