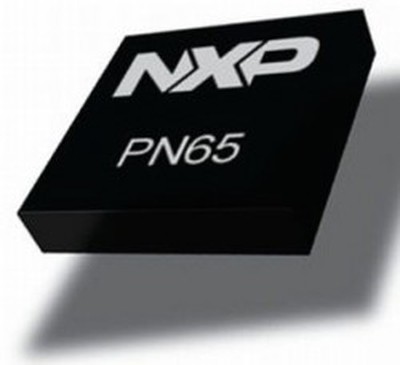 Apple is pushing NFC in the iPhone 6 and 6 Plus for Apple Pay, but the company may have bigger plans for the wireless technology beyond mobile payments. A report from The Information claims Apple has been in talks with technology providers about using NFC for building security access and public transit ticketing.

The Apple representatives have talked to technology providers like HID Global and Cubic, which enable secure access to buildings and transit fare systems, respectively, said people briefed on the discussions. Spokespeople for the companies declined to comment about any discussions with Apple, but executives there discussed how they could integrate their systems with the iPhone.

Apple debuted NFC in its iPhone 6 and 6 Plus and is using the short-range wireless technology for mobile payments processing.The technology has wide-ranging applications beyond payments, including a replacement for office and hotel security cards, home automation processes and more.

Besides the iPhone 6 and 6 Plus, Apple has also included an NFC chip in the new iPad Air 2 and Retina iPad Mini 3 to provide secure element of Apple Pay information for in-app purposes on those devices. Future iterations of the device, could however, add antennas and other components to enable NFC functionality for a variety of purposes.

Amacfa
Under promise, over deliver.
Score: 24 Votes (Like | Disagree)

SanJacinto
So, now NFC is the big thing in Apple's cosmos.
Why?
I think they had to work on all that stuff, Apple Pay, transit ticketing, etc. for a long time not just one year, right?
Or did Apple decided in January 2014 that NFC could be useful for the above mentioned ideas?!

Therefore my question: Why wasn't NFC included in the iPhone 5s?
They knew that NFC will be needed in a future iPhone (and "future" here is defined as one year). So, why not including it??

I really love this company, truly I do. Steve and Apple shaped me and how I think about life and about my career path since I am 10 (1994).
But right now, Apple is playing games with its customers and I don't like it.
I can remember 1997 so I never criticised Apple's high margins. I am always happy when they crush the competition.

But, there are loyal customers guys like you and me that pay the higher price because we love Apple (in the past when they were small and now, ruling the industry) we know that the products are worth it but looking on this behaviour (also the iPad Mini update) makes me feel bad.
Right now, Apple doesn't treat their customers with respect.
Score: 12 Votes (Like | Disagree)


That's like telling Apple they should fix the United States' health care system, just because they have the Health app. You can lead a horse to water, but you can't make it drink.
Score: 10 Votes (Like | Disagree)

Bring it on! Apple was late to the party but they can bring a ton of goodies for everyone at the party to enjoy.


others came early to the party but Apple is the one that get the party started. Others are "chit-chat " while waiting for Apple to come to the party.
Score: 7 Votes (Like | Disagree)

dwman
This would be the bees knees, especially for transit. Imagine not having to buy a proprietary transit card card for every city you're in. Just hold your phone up and the fare is paid. Genius.
Score: 7 Votes (Like | Disagree)

BJMRamage
would like to use my iPhone to enter my work rather than the HID Card.

that way I can keep holding my phone and not need to switch to the wallet.
Score: 7 Votes (Like | Disagree)
Read All Comments

Sunday August 1, 2021 6:21 am PDT by Sami Fathi
Models of the Apple Watch Series 6 with titanium cases part of the "Apple Watch Edition" collection is currently widely unavailable for pick-up in several of Apple's retail stores in the United States and is unavailable entirely for delivery in major markets. Noted by Bloomberg's Mark Gurman in the latest edition of his "Power On" newsletter, titanium models of the Apple Watch Series 6,...
Read Full Article • 157 comments