Following its leak of photos showing the iPhone 6 logic board that have revealed the device's NFC chip and 16 GB of storage, luxury modified iPhone vendor Feld & Volk [Instagram page] has now shared some photos and a video showing the device in operation and booting to a black screen requesting the user to connect the device to iTunes.


Feld & Volk says it has been able to piece together this iPhone from various components it has obtained as part of its effort to build its own luxury version of the iPhone 6 for its customers, and remarkably enough, the device is at least capable of turning on. 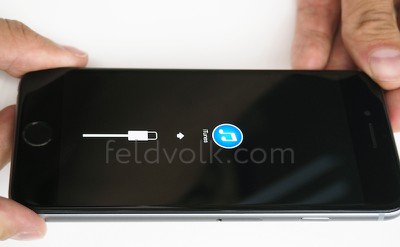 While it seems surprising that a functional iPhone 6 could be built from individual components, Feld & Volk has demonstrated that it has been able to get its hands on rare parts, and thus it is possible they may have acquired everything necessary to build the device.

1. A cease and desist.
2. Questions about how they solved the problem with the XXXXX manufacturing step.
Score: 33 Votes (Like | Disagree)

Honestly... who the hell cares?!? Good grief in a few short months this phone will be everywhere. Don't get all this geeking out over this part or that part or whether someone can turn on a makeshift iPhone or not, etc. As William Shatner once famously said "Come on people, get a life!".


Erm, I think you came to the wrong site to rant about people "geeking out" over potential iPhone/Apple product pieces.
Score: 30 Votes (Like | Disagree)

jayducharme
It's fake. The hands are too well manicured.
Score: 26 Votes (Like | Disagree)

Tuesday May 11, 2021 5:06 am PDT by Hartley Charlton
Apple's next MacBook Air will feature a completely new design and come in a range of colors like the 24-inch iMac, according to leaker Jon Prosser, who has now released supposedly accurate renders of the new machines based on leaked images. In a new video uploaded to YouTube channel Front Page Tech, Prosser elaborated on his previous prediction that Apple's next-generation MacBook Air models ...
Read Full Article • 98 comments