OS X Yosemite Beta Failing to Download for Some Users

After announcing its OS X beta program at WWDC in June, Apple yesterday released the first beta version of the operating system to the public amid favorable reviews. For a growing number of people, the early impressions of OS X have not been positive due to a downloading issue that has prevented the installation of the OS. 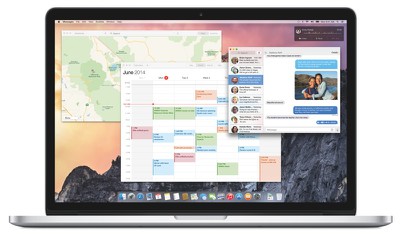 Users in MacRumors forums, Apple support forums and on Reddit have complained about not being able to download OS X Yosemite from the Mac App Store. These users have successfully redeemed a promo code and initiated the installation, only to have it fail during the download process. This issue has persisted more than 24 hours after the beta was released, suggesting it is not a problem with server overload.

Can’t get OS X Yosemite to download properly. Maybe it’s the limit I can download per month or something. Gonna go to Starbucks and try it. — Micah (Trivol) (@TheMajesticW0lf) July 25, 2014

All Apple's online services are fully operational, and Apple support has not mentioned any potential issues that could interfere with OS X downloads. Several users have reported that using a VPN and selecting an alternative country such as Canada has solved the download issue, while others have chosen to delay the install indefinitely.

Apple's beta program has made OS X Yosemite available to up to a million new, non-developer users who now are experiencing the OS for the first time. Beta users can check out our first impressions post as well as our forums for troubleshooting tips, known issues and more.

I don't understand why people are having problems.


Probably because you don't have a very big imagination.
Score: 10 Votes (Like | Disagree)

MarkusD
happening to me to

I've been trying to get this solved since yesterday at about 10:00 AM PDT!

TechZeke
Put me down for +1 for downloaded and installed yesterday evening with no problems.
Score: 2 Votes (Like | Disagree)

I have failed at least 50 times sincere yesterday.

Here is what I did.

I changed my DNS Server.

On another thread here I asked for people to share where the live if they were having the problem. I noticed no East coast locations.

I have Comcast and I also use an airport express. I opened airport utility and changed my DNS Server to the East Coast identifier.

I then started the download again and it worked. My browser acted slow and funny but the app store worked just great.

mentaluproar
It just looks so cold and dead. Gone are the days of a friendly mac.
Score: 2 Votes (Like | Disagree)
Read All Comments